The first step in preparing for a benefit gala is to decide whether or not you’ll be attending. Yaz Hernández, an Upper East Side socialite who’s dabbled in fashion, technology and art preservation, has been known to both chair and attend many benefits, she explained over lunch at Amaranth.

Ms. Hernández is exuberant, energetic and popular; from the moment she sets her bug-eyed Jackie O. sunglasses down and sits at our table, other women drop by periodically to chat her up, oftentimes in Spanish.

As we nibble on French fries between ciao!s, she explains that she is wary of attending too many galas. Nobody wants to be the woman who appears on every red carpet.

But when she does attend or organize charity events, such as the Couture Council benefit at FIT, the Puerto Rican-American Ms. Hernández takes her prep time seriously—an entire day must be set aside. She also takes her sleep time seriously, though. Being Latin, she said, she can’t really help it.

But on the day of a gala, she will open her eyes around 10 to drink some green tea (estimated price: $1) and a pretty serious health shake complete with kale, spinach, pineapple, maca, chia seeds, flaxseeds and goji berries (roughly $9 per smoothie).

Next, it’s time for her manicure. Ana Cervantes, who has been doing Ms. Hernández’s nails for 10 years, makes house calls for the socialite (manicurist house calls run between $90 to $200). “I love her,” Ms. Hernández says with a flourish. “I love her name—A-na Cer-van-tes!”

Lately, Ms. Hernández has been selecting polishes from the brand Azature ($25 per polish), which makes a black diamond nail lacquer. She used to be more conservative with her polish choices, she said, but as she grows older, she prefers to go all out.

After her nails are done and dried, around noon, she heads to Exhale for a deep tissue massage (retail price: $150).

If she’s crunched for time, though, Ms. Hernández will make use of the Glamsquad app, which deploys hair and makeup stylists to one’s apartment ($160). The selection of styles is not as vast as one would find in a salon, but there’s something to be said for the convenience.

Somewhere between receiving the finishing touches on her hair and sorting her outfit, Ms. Hernández’s husband, Citibank executive Valentín Hernández, inevitably tries to convince her that the couple might not have to attend this particular benefit. No, she insists, they must.

She suspects this goes on between most husbands and wives the day of a gala. She’s even caught her husband cutting corners—staying in the shirt he wore all day instead of switching to black tie is a favorite tactic. Still, she insists, “when we get to the party, he ends up having a lot more fun than I do.”

Then, at 6:30, Ms. Hernández gets dressed in the outfit that she likely selected the day before. Her favorite designers are largely Spanish and Latin American; for clothing she loves Carolina Herrera (gowns cost approximately $4,000), Narciso Rodriguez (approximately $3,000), Oscar de la Renta (around $9,000) and Angel Sanchez (starting at $2,000).

Ms. Hernández rarely buys an outfit specifically for a gala. Instead, she is constantly on the lookout for appropriate things, she said. Having a closet-full of gowns helps alleviate some game-day stress.

She and her husband try to arrive at a gala on time, usually around 7 p.m., which is a little too early for Ms. Hernández. Still, she must be there for cocktails: “The best part of any gala is the cocktail part,” she explained. “Once you get to [dinner], then you’re with the same people … But if you want to just say hello to a lot of people, it’s so much fun in the cocktail time. It’s when you can be a social butterfly.”

Ms. Hernández is sometimes dismayed to receive a swag bag when leaving a benefit; she finds them wasteful, she said, although she enjoys doling out the goodies to her friends.

At evening galas, things are usually wrapping up around 9 p.m., “which, for me, is dreadful,” said Ms. Hernández. When she was acting as chair of El Museo del Barrio, a museum for appreciation of Latin American artists, Ms. Hernández always started the benefits later in the night. Sadly, it didn’t spark a trend. Some of the galas do have after-parties, though, she said, a note of hope in her voice.

Does she ever want to skip out on the galas, though, because she just doesn’t feel up for the day of preparation? 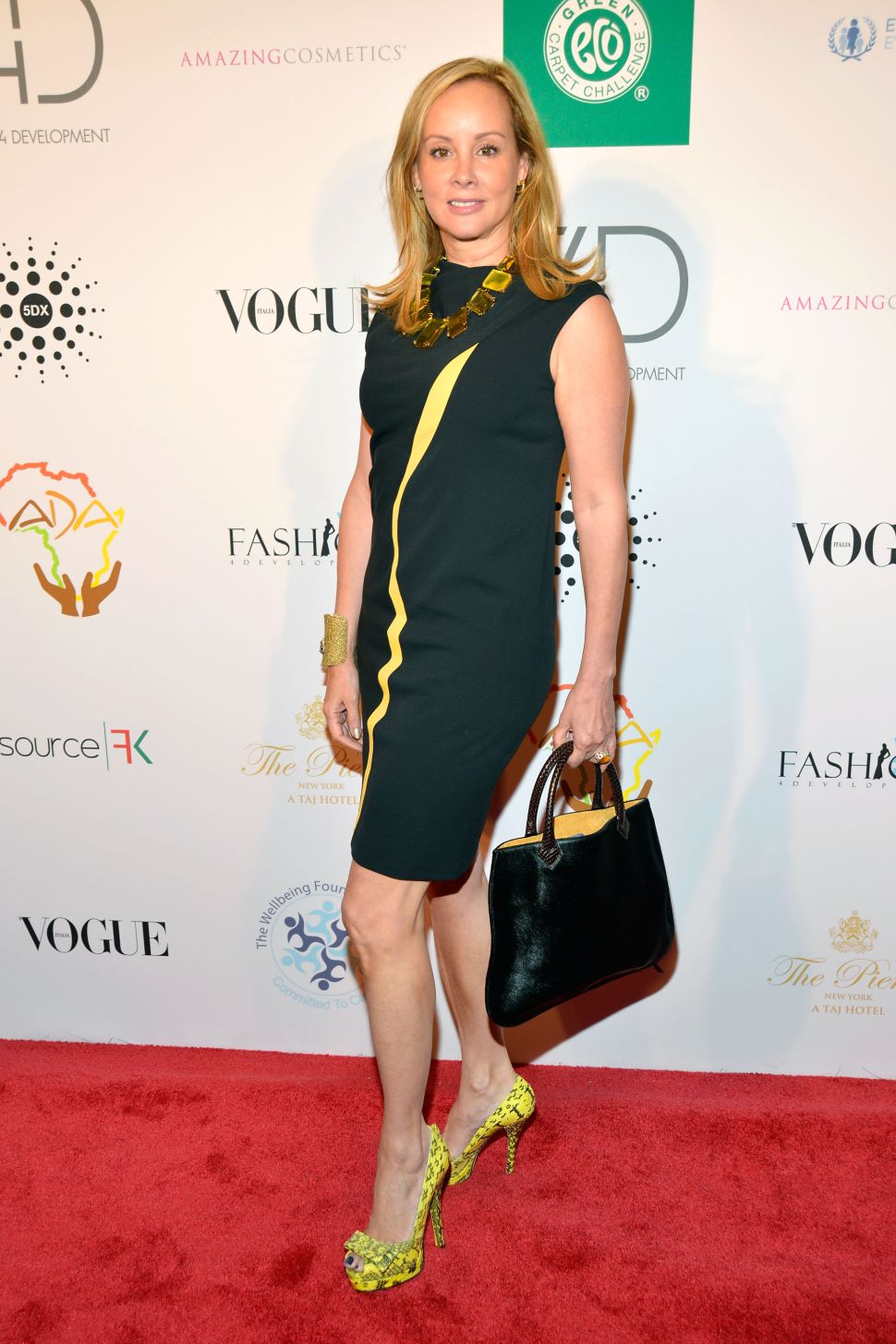