At street level outside the Ritz Carlton Residences at 10 Little West Street, which overlook Battery Park, chill Hudson River breezes carry the shriek of doormen’s cab whistles and the tense colloquy of chauffeurs hustling curb space. On a sunny afternoon last week, the scene suggested a VIP arrival gate under siege: accented men with corded earpieces, a column of dark-windowed Mercedes, an air of urgency.

A slim, tanned young man exiting the building for a smoke in jeans and velvet, skull-embroidered loafers appraised the activity with a spacey expression. And indeed, from on high, at an open house for a duplex penthouse listed last month with Ryan Serhant and Kaptan Unugur of Nestseekers for $17 million, the chaos below seemed to belong to another country.

In the distance, Lady Liberty lofted high her torch and bright tourist clusters bustled along the waterfront; in New Jersey, Goldman Sachs’ office spire rose beside the Colgate clock. Ferry boats and sailors churned the river’s metallic shimmer. All was quiet.

For a townhouse-sized—4,293 square feet—condo atop a premier international hotel, the apartment, whose current owners plan to relocate outside the city, was notably low-key.

A terrace enjoying views similar to the living room’s was done in weathered lumber and furnished with rustic seating that would not have been out of place in the Adirondacks. A small-ish and practical kitchen held stainless steel, Miele, Viking and natural stone countertops without seeming fussy about its expensiveness, while an entry-floor bedroom had been converted to a carpeted “day room,” decorated above a flat screen television with souvenir footballs and boxing equipment.

Upstairs, a master suite more-or-less mirroring the living room’s dimensions and views offered a hushed retreat with a generous walk-in closet and some wall-to-wall carpeting in a questionably light hue, close facsimiles of which appeared in the children’s bedrooms down the hall. Family portraits and classroom drawings stood in small frames and hung from walls.

Still, said Mr. Unugur—himself a Londoner by origin—the Ritz Residences appeal largely to international buyers with brassy tastes. He compared the target audience to that of One57 and the Time Warner Center.

“The Ritz Carlton name holds a lot of weight,” Mr. Unugur said. “It’s synonymous with being amazing. We see a lot of interest from Asia, from the Middle East. For many European buyers, it’s maybe a bit too extravagant.”

As we passed out through the hotel lobby, a swarthy man in a flowing white tunic and cap sat cross-legged in a low chair typing with one hand on a blackberry. With other, he picked absently at his bared foot. 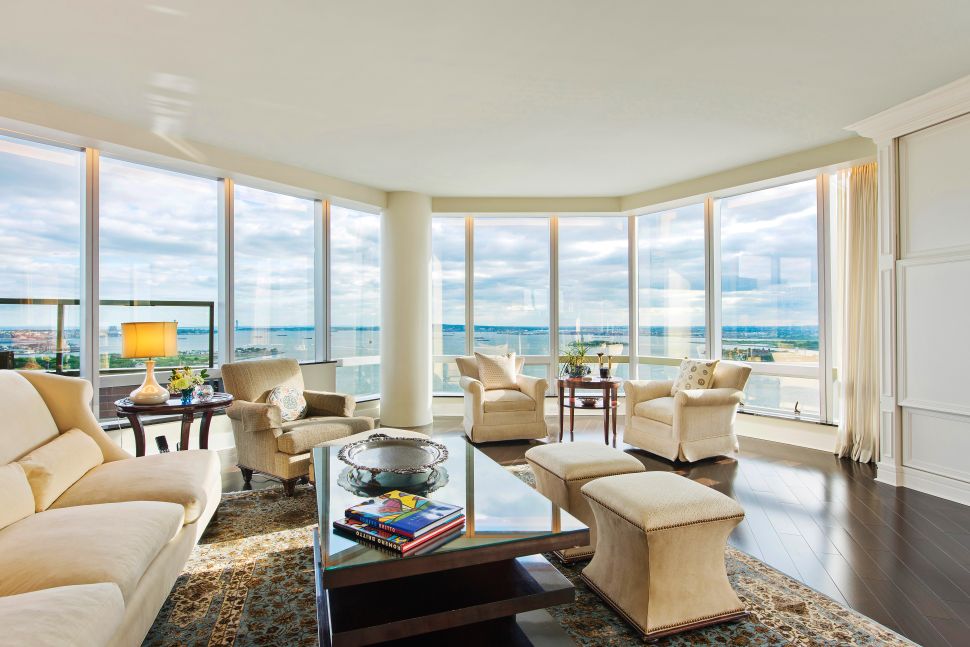