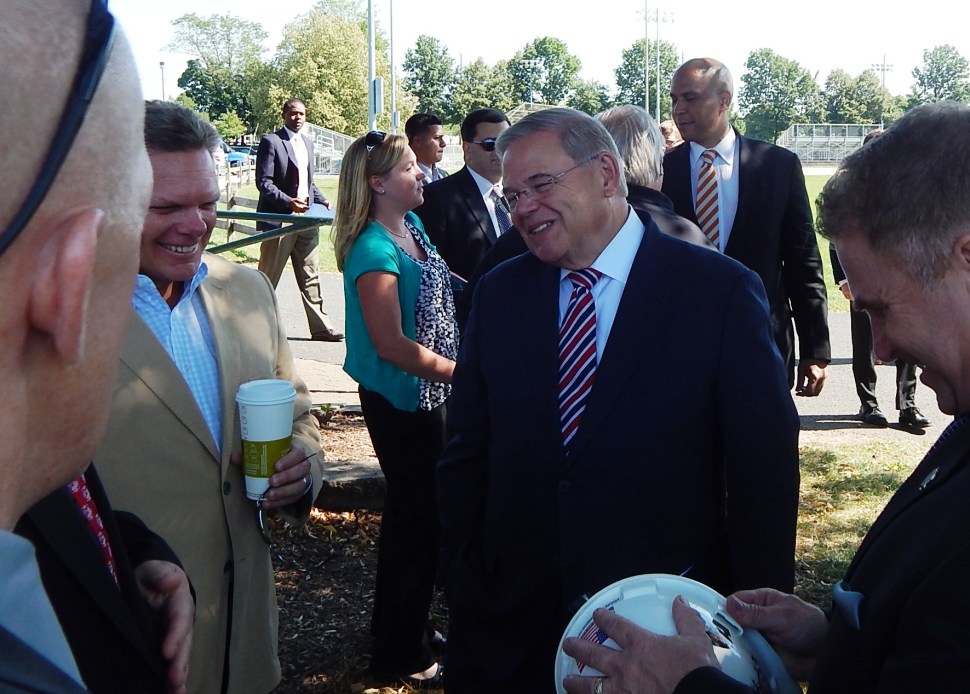 All – or almost all – the statewide pooh-bahs were there packed into the Venetian, awaiting the start of state Senator Nick Sacco’s (D-32) program and looking around over their umbrella drinks to make sure this or that personage was present.

The grand explanation came moments later from onstage: the pair had traveled to Washington, D.C. – together.

This wasn’t the first time.

Menendez took Fulop down to the U.S. Capitol over the summer and walked him around the hallways, making what even then appeared to be a clear statement of their alliance.

Fulop had opposed Menendez back in 2004 but apparently now all of that was in the past.

But the Sacco event – and Sacco and company’s continuing expressed appreciation for Fulop’s politicking statewide – put a decided top spin on the fast-emerging Menendez-Fulop narrative.

In 2013, Sacco famously told PolitickerNJ that “Hudson stands with Hudson,” when asked what he thought about the Democratic Party State chairmanship candidacy of Assemblyman Jason O’Donnell (D-31).

Standing outside Puccini’s in the rain, Sacco made the comment but hardly put a shoulder into helping O’Donnell, which at first blush appeared to chiefly assist South Jersey. At that very moment last year, the South was in the midst of putting together a team to ensure that O’Donnell didn’t get the chairmanship.

But there was someone else important who didn’t want O’Donnell to succeed.

Menendez was on the line that year as he ran for re-election and didn’t need the headache of antagonizing DiVincenzo.

He didn’t want O’Donnell empowered and – when the time came – made sure to finish both Smith and O’Donnell in the June runoff election earlier this year.

Some key Sacco allies were in on that coup, incidentally.

The point is Sacco’s cryptic comment about Hudson standing with Hudson didn’t unravel with his refusal to fight for O’Donnell because of the will of South Jersey alone.

But by the will – arguably – of Menendez – the final word in Hudson, the overlord angered by Smith’s defiance in the Gill-Payne, Jr. case.

Andrews wanted the lines up north – the same lines Senate President Steve Sweeney (D-3) will seek if he runs for governor.

Three of those lines looked inter-connected by virtue of the relationships forged: Bergen, Essex and Union.

If then-Bergen County Democratic Committee Chairman Joe Ferriero gave the word that Bergen would be with Andrews over Lautenberg the other pieces would fall into place.

The deal hinged on legislative sweeteners.

Both then-U.S. Rep. Steve Rothman (D-9) and Lautenberg pleaded with Ferriero to pry him away from Andrews.

But one person finally made Bergen stay in line for Lautenberg.

“It was Menendez,” said a source who was present in those negotiating rooms those tense moments in 2008.

The specter of Menendez’s power – exerted in that case on behalf of Lautenberg – hangs over this developing 2017 gubernatorial contest now.

His outward display of public political affection for Fulop makes those public comments of Sacco and his pals that much more meaningful, and connected to a source of will beyond merely those circles of South Jersey and the thrones of committee and caucus title-bearing.

In the words of one Hudson insider, “Menendez can come in – and he may be the only one in the party right now who holds elected office who can do this – and mess up the chess board.”

If Menendez – straddling Hudson, Bergen, Essex and Passaic – can make his relationships function in the coming months and years on behalf of Fulop, augmenting what the mayor builds and develops on his own, four questions emerge.

Will Sweeney stay in and fight?

Will former U.S. Ambassador to Germany Phil Murphy stay in and fight?

And will one of those two be in a sufficiently strong position to make a play for a U.S. Senate seat if – and granted this is a big if – Menendez moves to Secretary of State in a Hillary Clinton administration? (Obviously, this one is a reach, assuming Clinton indeed runs and wins, but its outcome does not destabilize anything else described herein). 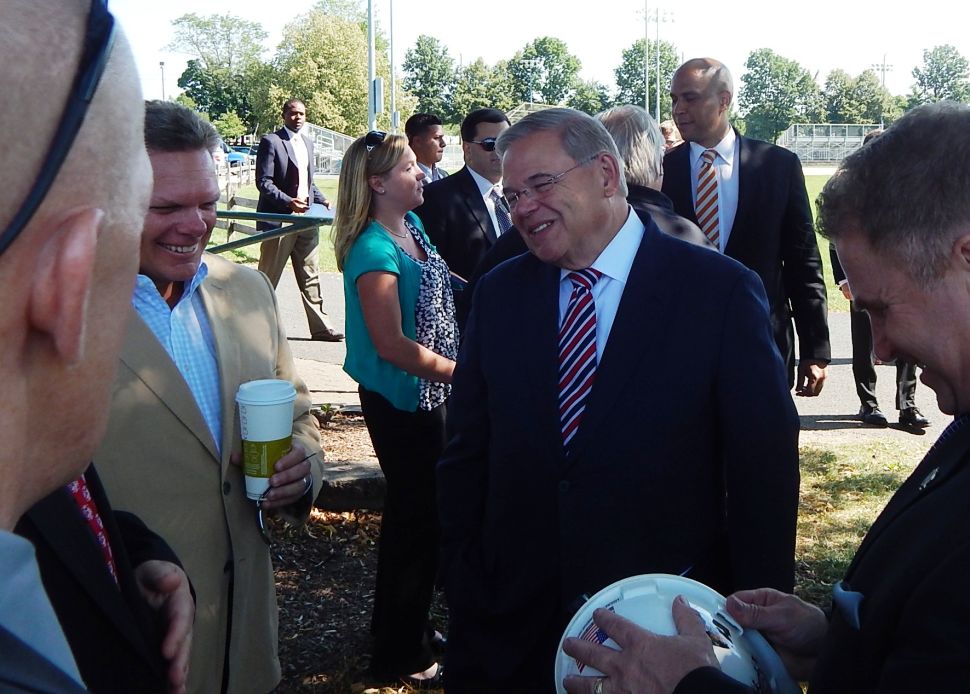