Apple commanded the rapt attention of the Internet this morning for their live rollout of new products. They’re upgrading the macs, updating the iOS 8 and giving out OS X Yosemite for free.

The one thing that we all needed just in time for the holiday shopping blood-frenzy was the rollout of two new iPads: the iPad mini 3 and the iPad Air 2. Presented below are the six major features of the new iPads, ranked from most valuable to seriously why does anyone care about a barometer.

If you’ve already sold your soul, and don’t need to hear what the new iPads can do to know that you’re gonna buy one, you can start preordering them tomorrow — they’ll start shipping by the end of next week at these prices:

And now, oooooooon to the rankings!

The iPad is great for taking photos, considering that the iPad’s high-res screen is like an enormous viewfinder — even if holding up a tablet in front of your face makes you look like a tool. The new camera can do burst photos, single-shot HDR, time lapse and slow-mo video.

The wireless capabilities of the new iPads are getting a boost which will make Wifi run faster, and wireless streaming to devices like Apple TV run more smoothly. This writer basically can’t get his iPad Mini to see a public router that his iPhone can spot a mile off, so this is a welcome upgrade.

As for faster LTE, it’s cool and all, but most people aren’t paying hundreds of extra dollars and buying data plans for their tablets.

Tech execs are always thrilled when they talk about how thin their gadgets are. The new iPad Air 2 weighs less than a pound — you could stack two of them and still have a thinner stack than the original iPad. It’s nothing thrilling, but it’s nice to have a device so thin and light, so long as it doesn’t bend, amirite!?

Also, the display will be 56 percent less reflective than previous iPads, which is the beginning of the “Honestly, who cares” segment of today’s list.

The new A8X chip will make the iPad faster, with features most people wouldn’t understand the technical nuances of, like 64-bit architecture and a 40 percent faster CPU. Truth is, no one was clamoring for faster renders on the iPad except for the half-dozen design professionals running the entire Adobe Creative Suite on a tablet.

Apparently, the “most requested feature” for the new iPads was unlocking your iPad with Touch ID. People were complaining that their iPhone 5Ss could open with the press of a thumb, and they became disoriented and confused when they tried the same thing on the iPads.

“We get used to it so quickly!” Apple Senior VC Phil Schiller said about the newest contender for most meaningless First World Problem ever.

Quick refresher: it determines your altitude. Like, how high you are above or below sea level. Great for… hiking? Great for… weather nerds? We don’t know, we’re reaching to provide you some deep context, but nobody really cares. 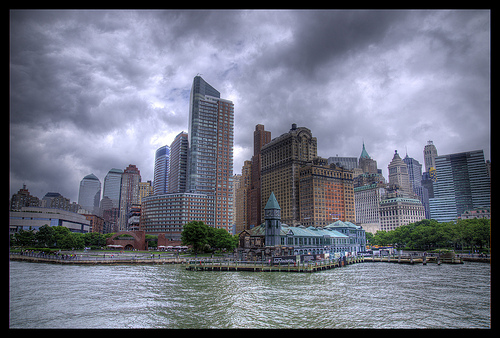