So as much as I love Vinnie’s recaps of The Affair, Showtime’s surprisingly decent* “he said/she said” drama, there was one key element that was not addressed about the second episode, which aired Sunday night. (Along with all the other TV, my god, people. Ease up.)

We know this a plot where some crime was committed, several months (or years!) before the detective ends up interviewing Noah and Alison. But the crime is in the future from the “opposite of the meet-cute” story we’re watching unfold via the couple’s dueling narratives to said detective. It’s unclear if there even was a crime! But if there was, it occurred somewhere between the first Montauk summer and now, years later, when the two are being interrogated.

We know that enough time has passed that Alison now has a child, and this week there were several more clues about the death: that it had originally been thought an accident, that the victim was male (or, in the detective’s parlance, a “fella,”) and that he had been “run down” on a road leading to a hot new tourist spot and a party. The killer(s?) (or I guess people who ran down the eventual victim, it doesn’t need to be what caused his death) in Alison’s opinion could not have been “anyone at the party,” since they were all locals. We know that Alison cared for the victim.

Alison is full of useful information! The problem is when Noah is put under the same microscope.

Noah: (Angry Dominic West face) Can I ask you a question? How is any of this relevant to what happened?

Detective: It may not be, Mr. Solloway. I’m trying to gather a little information about the people who knew the victim and how they’re connected with each other.

Detective: Trying to figure out if anyone might have had a motive to kill this fella.

Noah: (Confused Idiot face) But…I thought it was an accident!

UM. Look, I’m no two-time novelist with daddy-in-law issues, so maybe Noah’s motivations are a little beyond me. But how could anyone sitting in a room with a cop who is drudging up your extramarital affair from however many years ago, who also happens to be BY THE WAY investigating a mysterious death not put A+B together? You thought so-and-so’s death (let’s just call it…Pacey. It was Pacey’s death) was an accident, Noah? THEN WHY DO YOU THINK YOU’RE BEING INTERVIEWED BY THE MURDER POLICE??**

I can swallow a lot of theories about what’s going on in The Affair (including the multiverse possibility floated by Vinnie!), but I can’t believe that Noah is either too stupid to realize that cheating isn’t actually a crime, or thinks that saying a murder was an “accident” will throw them off his scent for long enough that he can keep telling his male-centric, hero’s journey narrative about the one time he got local ass.

WHY DO YOU THINK YOU ARE IN THAT ROOM, NOAH? GET YOURSELF A LAWYER, YOU DUMB-DUMB!

* We can say that, right? Like I don’t think any of us had high expectations for this program, so the fact that it’s not only watchable but enjoyable is a nice respite from say, Mulaney.

**Props to John Mulaney for that reference, and for making me remember how much I loved his standup, if not his Fox show. 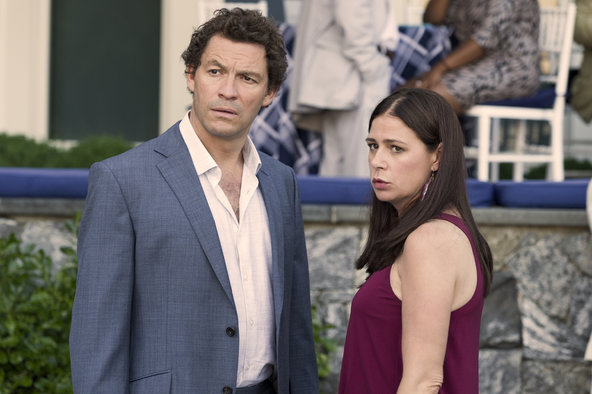