Overnight, it seemed, the cupcake craze hit New York hard. There were plenty of options to get your gourmet sugar fix, Baked by Melissa, Magnolia, and Georgetown Cupcake. But when popular bakery Crumbs closed all of its stores earlier this summer, it seemed that the death of the cupcake was upon us. But just a few months after closing all of its stores, the cupcake giant–quite literally, have you seen the size of their cupcakes?–reopens today.

The New York Daily News writes that Crumbs reopened its first Manhattan store on Broadway between 37th and 38th this morning. Revived by CNBC personality Marcus Lemonis and Fischer Entreprises, the brand expects to open 26 stores total, 16 of which will be in New York.

When Crumbs closed all of its stores this past July, it burst the so-called “cupcake bubble.” Called “over-hyped tiny cakes” by NPR, the trend of specialty cupcakes shops was thought to be a short lived fad. The boom in popularity certainly fostered a large amount of hatred–Jezebel wrote, among other criticisms, that cupcakes are “continuing to infiltrate our society like diabetes.”

Crumbs seems to be addressing the hate, with a new plan to diversify the menu by serving less cupcakes and more specialty items–challah bread on Fridays in New York, and a new creation called the “baissant,” undoubtedly a cronut-inspired mix between a bagel and croissant. The chain will even be found in grocery stores starting in November.

Their business may have crumbled, but their resolve certainly hasn’t. 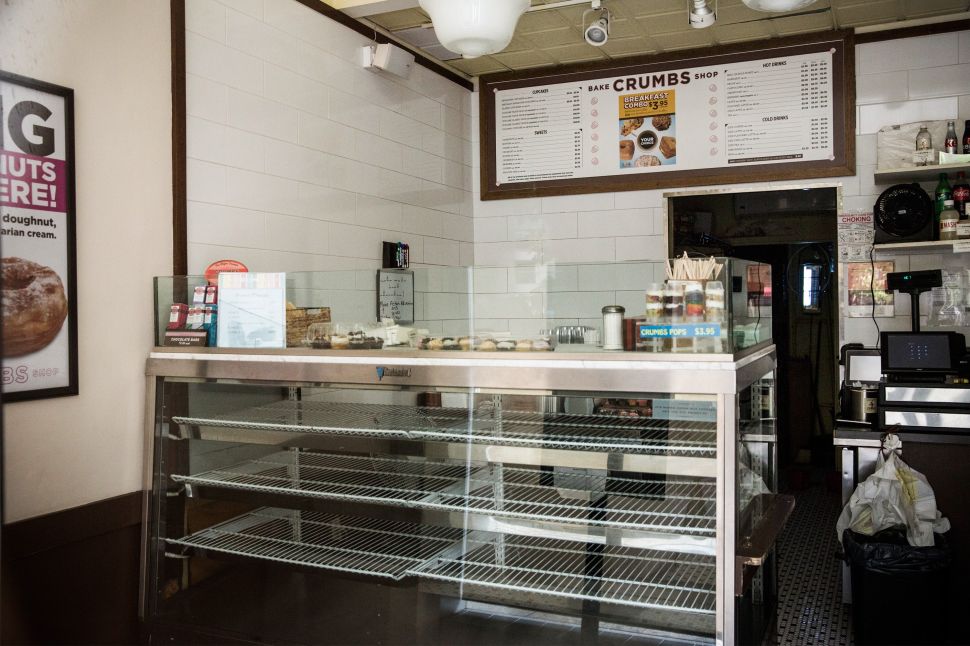