How addicting are auctions and their wares? A new(ish) Berlin-based auction house, its venture capital investors and the hopeful executives at its fast-growing U.S. satellite are betting: Very.

Any reader of that paragraph could fairly ask: Not another auction house? The universe of auctioneers, both traditional brick-and-mortar and ones in cyberspace, has been growing to a ridiculous degree.

But this freshest entrant, at least to the U.S. market, claims one to be one with a different, somewhat populist, strategy. A mix between Home Shopping Network and a middle-market regional auction house (think a high-tech QVC for Cartier clocks and Chagall prints), the two-year-old German company’s goal is to eventually broadcast, or livestream, auction TV online nonstop around the world. It’s dubbed Auctionata, and it had its first test-run sale in New York last week.

In a Fifth Avenue studio formerly used for “The People’s Court,” the German and U.S. wings of the company gathered for a nerve-wracking trial broadcast live on the web Thursday. The sale was dubbed “The Property of a Well-Traveled Gentleman,” and was a Gucci grab-bag of vintage handbags, Vuitton luggage, African and Asian antique masks, sterling-silver flatware sets, etc. Representing the “diversity and character of New York City,” said U.S. international managing director Ben Hartley, the sale was “a fitting way to launch our New York presence.” (The German wing, btw, does a large slice of its business in fine watches.) “This is really nice stuff,” added Hartley affably, who for years served as president of the Blouin Media art-world publishing company.

As bidders weighed in, their first name and the flag of their nation were displayed online; the first sale featured participants from 32 countries, according to Mr. Hartley, bidding on Auctionata.com and partner sites such as Invaluable.com. Tense moments included whether to use the Chinese or Hong Kong flag when a bidder clicked in from HK.

And while some of the bids received were from friends and can best be discounted – “Bruce from Connecticut”, we know who you are – the actual sales rate of 84% for the 51 works offered surprised even management into a kind of pink-Champagne giddiness post-sale. (At prices of $4,500 or less per item, however, the total was still quite modest.)

Somebody believes in it all, though: So far, Auctionata has reportedly raised $22.7 million from Russia’s Bright Capital, among other VC investors, and is quite far along in talks with a Chinese consortium.

Like home shopping channels, viewers will theoretically be able to watch Auctionata for entertainment or educational value or to feel part of a community; experts speak on camera about different items, art movements and artists. Ideally, viewers will “tune in” from home or work, ask questions of the host/auctioneer, follow their favorite sectors, and rate their favorite auctioneers.

The biggest hurdle in making the business model work, said Eric Gonon, a senior vice president also previously an executive at Blouin Media, was to ensure, through webstreaming technology, no delay between broadcast and bidding. He said that goal had been met.

The celebration afterwards was that aforementioned pink Champagne and, in a nod to the U.S. division, New York’s Daisy May’s BBQ.

Auctionata’s first official sale is 7 p.m., Nov. 16 — uncharacteristically, in the business, it’s a Sunday auction — and will feature fine art such as an Andy Warhol print of John Wayne, several Chagall lithographs, Alex Katz screenprints, etc. Taking off their white gloves and targeting their larger rivals specifically, Auctionata includes in its catalogue descriptions such phrases as “A comparable art value can be found at [$2,000 more at] Sotheby’s, New York.” 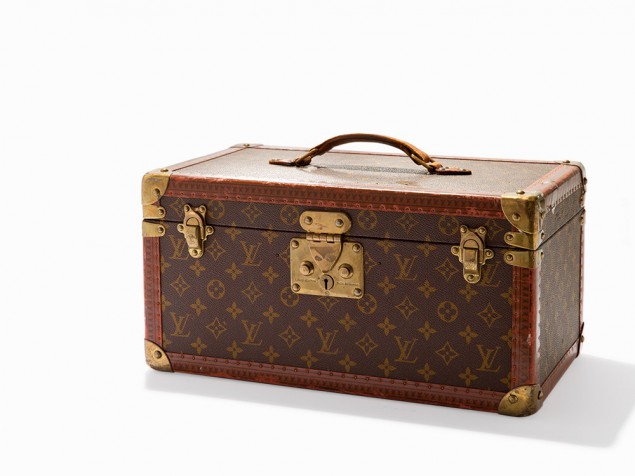