Tensions were extremely high Thursday morning in the Financial District as the Taxi and Limousine Commission met publicly to discuss a number of proposed rule changes. In advance of the public meeting, the TLC made their agenda public:

One particular change, in regards to base dispatching agreements, had meeting attendees up in arms. Currently, a driver may drive for a company like Carmel and pick up additional shifts as a part-timer with Uber. The proposed regulation would eliminate the option of part time shifts entirely. One potential scenario allows for the primary employer to allow their drivers to work part time for a competitor, but in the extremely competitive car service industry, this option is unlikely to pan out.

In the public meeting, a number of industry professionals, including drivers, Uber and Lyft executives and technology industry advocates, took the floor to express their often very heated opinions. Josh Mohrer, General Manager of Uber New York, was one of the first speakers. Many of his comments were met with literal booing from the crowd and difficult questions from the TLC officials.

Mr. Mohrer began by discussing the trip record details the TLC is considering making a requirement. While Uber is open to providing some data, such as location by zip code and driver information, Mr. Mohrer was careful to protect other information. “I think there is a difference between having a binder of information you would come by once a week and check or me delivering you a CSV file that is mined for things like our growth, which we would want to keep secret.” In the discussion between Mr. Mohrer and the officials, the phrase “trade secret” was used repeatedly, though without clear definition (legally speaking, trade secrets refer only to extremely unique competitive edge information.)

LaShann M. DeArcy, one of the officials and a business lawyer by trade, felt Uber’s issue with trip records would not hold up to the the definition of trade secrets. “Is the information you would like to keep secret a trade secret?” she asked rhetorically, “Your example [of growth] likely would fail miserably.” Another official noted — wrongly — that since Uber is not a publicly traded company its desire to keep its strategies secret held little meaning.

Taking a shot at why the TLC was requiring trip information, Mr. Mohrer said, “The spirit of the guidelines was before there was trip data. I think that wanting data for data’s sake is not necessarily appropriate but wanting data for the sake of knowing where drivers are and when is appropriate.” Across the board, the officials appeared offended by the remark. “I think your characterization of ‘data for data’s sake’ is a gross miscategorization of why we want the data. It has been critical to us to analyze data,” retorted one official. “Josh, you have a real uphill battle convincing us on what you’ve said so far. Data is something we are very interested in,” added another.

As for Uber adding new bases, such as livery bases, to comply with the proposed change, topic came up only briefly. “Is there anything preventing Uber from getting a [livery] base?,” asked an official. Uber already has six black car bases, however, livery bases require off street parking and storage for vehicles and worker’s compensation coverage, whereas black car bases generally pay in cash and most drivers belong to the New York Black Car Operators’ Injury Compensation Fund.

“It’s something that we have looked at, it’s a real process. I would have to move my office location because it isn’t commercial zone six,” explained Mr. Mohrer. The questioning official, however, was not amused by this reply. “It resonates with me but not in a way that helps your causes. The entry for a base is so high that your multi-billion company couldn’t do it? I’m sorry,” she laughed. This was met with cheers from the back of the crowd, made up primarily of medallion owners and drivers who supported the rule changes. Looking considerably more defeated, Mr. Mohrer replied, “If the TLC’s solution is to get a storefront and base, we will look into that but that takes six to twelve months.” An executive affiliated with Uber told Betabeat that at this time, there are no plans to open a base of this sort, nor active consideration of such a plan.

“The 3,500 New York drivers whose wages are imperiled made a powerful case for revisiting the proposed rules. Uber’s first priority is to protect New Yorkers’ choice and access to the best transportation service in the city, and we hope to work with the TLC to find the best way forward,” Mr. Mohrer said in a statement after the meeting concluded.

However, not even all Uber drivers are siding with the company. A variety of drivers offered their comments to the Commission, including black car, livery and Uber drivers, and while the black car drivers generally opposed the proposed changes, one organization of Uber drivers supported the change. The Uber Drivers Network, made up of several hundred members, was represented by driver Abdoulrahime Diallo, the last driver to offer his comments in a very passionate concluding speech. Mr. Diallo was joined by a number of drivers who desperately want the measure to pass in order to weed out the 3,500 part time drivers who they believe drive down their own wages.

Uber guarantees drivers who work 50 hours a week will earn $5,000 per month (if they don’t, the company promises to make up the difference.) However, Mr. Diallo noted that $5,000 was not only too little to maintain his luxury vehicle payment and insurance, it was also a major fall from a prior monthly earnings of $10,000 to $11,000, which he earned when Uber first gained popularity in New York. Other drivers, however, said they were not making even close to the $5,000 they were promised. One driver provided Betabeat with his payment invoice under the condition of anonymity, which showed a payment of just under $850 for eight days work (each day was roughly a twelve hour shift.) After he removed car payments, tolls and insurance from that payment, the driver had a take home of only $400.

Mr. Diallo went on to cite the push towards UberX and away from UberBlack and UberSUV, along with the “Cheaper than a taxi” marketing campaign, as he claims these business strategies by Uber have hurt driver wages drastically. Additionally, he noted that the part time drivers Uber wants to keep, who often work just during surge pricing, dig into the profits of full time drivers. This is the root of the organization’s support for the rule change: they want Uber to be exclusive to Uber drivers, and hope by weeding out the 3,500 part time drivers, their own wages will level out once again.

Ethan Gerber, the Executive Director of the Greater New York Taxi Association, told Betabeat his organization was prepared for the fall out between different drivers months ago. “We predicted this to the TLC about six months ago that there would start to be saturation, then [the drivers] would be competing for fares and making less money. It’s great to disrupt systems but they forgot why the system was created in the first place. The medallion system in 1937 was created because no one was making a living, anyone who wanted to say they were a driver would make themselves one. Now they aren’t making a living again.” The tensions between different classes of drivers were abundantly evident at the meeting, as different groups huddled in separate areas, discussing the strategy of the others. When a black car driver said Uber allowed him to earn an extra $1,000 by working part time, he was met with boos from frustrated full-time Uber drivers.

Lyft representatives reminded the crowd and committee of the long-term effects of passing this ruling, focusing on the tensions between drivers and their bases. In reality, those 3,500 drivers (and many others) would likely side with Uber if forced to pick a base to join exclusively. “Local bases lose, and many are in favor of this rule, but we are going to be forced to lure drivers to leave the local bases and work with us, they come to us with a bonus payment. Then another larger player will lure them away, and then the largest player is going to pay an even larger bonus, I will not name names, but this largest player is incentivized to [lure them.]…Then what happens when a monopoly is formed? Higher prices,” said David Estrada, the Vice President of Government Relations at Lyft. When Mr. Mohrer was asked if the passing of this measure would affect rates, he said he could “not speculate [at this time.]”

David Mack, a Lyft executive, emphasized the loftiness of this end result, “If this rule were to go into effect, this will be game over. There is no upside for consumer or driver, it consolidates the power in the hands of base operates, and they must agree to share drivers. It’s not good for us, You’re introducing forced scarcity. We are happy today that they didn’t voted, there’s nothing easy about this.”

Originally, the TLC considered voting on this in a closed meeting, a source told Betabeat. However, after the length public meeting and numerous inflammatory comments, the officials have far more than they may have anticipated to consider before altering any regulations. 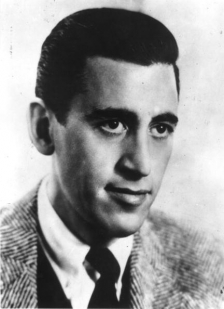