“You must see lots of vaginas,” I say through splayed open thighs. “How’s mine?”

Stephanie inspects. “You’ve got a nice situation down here.”

“I do?” I say, both flattered and surprised, as “nice” wouldn’t be my adjective of choice.

“I’ll bet you tell that to all the girls,” I laugh.

She eyes me. “You look strangely familiar. Are you an actress?”

“I am,” I say, prepping for another swipe at my pubes.

“Don’t forget to breathe, babe.” She rips off a sheath of hot wax then pops her head up from between my crotch. “What have I seen you in?”

“Maybe a Law and Order: SVU rerun?” I reply, wincing.

“Were you murdered?” she asks, applying pressure to my stunned lips.

“I played the owner of a women’s-only sex club called the Box,” I say, clenching the complimentary stress ball.

“Similar,” she humors me. “How thick do you want your landing strip?”

I do not mention I’m going to a Russian wedding tonight with a man I met last month who likes it waxed.

“Colorado Springs!” Stephanie gasps. “Were you a figure skater?”

“Yes,” my legs close. These words come as an unwelcome attack.

She points at me like she’s seen a ghost. “You stayed at my mother’s house! You were always crying and wouldn’t eat.”

I now know exactly who Stephanie is. She lived on the treadmill.

“I’m sorry, sugar. I shouldn’t have just said those things.”

“It’s a crazy coincidence,” I say, then change the subject. “Did you ever end up going to F.I.T.?”

“I can’t believe you remember that,” Stephanie says. “No, I got pregnant but I did make it to New York.”

I jump up to look for my underwear.

“Wait, I haven’t waxed your butt!”

Back on the table, my legs in the air, I think of that awful summer. Stephanie’s mother Laura was a nightmare and straight up called me a basket case. Laura spent half the day on the couch with an oxygen tank, the other half driving us 14-year-olds to skating camp.

Every night that summer before I went to sleep I’d pray the rink would blow up, my hunger pains would stop jabbing, and my torn abductor muscle and lower back wouldn’t hurt so bad. Skating didn’t start off like that, but in the end it was my own personal hell.

I give Stephanie a big tip and promise to return, but I never will.

Josh is very dapper in his suit and Clark Kent glasses. I’m ambivalent about him, though. He’s told me he has a hard time thinking in two’s. It doesn’t help he’s awfully nomadic, going through countries like he does women. He admitted to sleeping with 200, which I find to be a health hazard.

Brighton Beach has inspired my reckless side. I slur my words and whisper into Josh’s ear, “I don’t think we’re going to work.”

“I have recurring back problems. Can you deal with that?”

“Have you tried Pilates?” he suggests.

“I can’t go skiing in Gstaad,” I say, continuing my crusade to push him away.

“Or climb Mount Marcy in the Adirondacks.”

“Because of your back?” he asks. “I can’t remember the last time I even hiked.”

“My body’s like a faux-New York street on a Hollywood lot, a shoddy illusion.”

I drink more Russian poison. “I have a closet full of stilettos but I’m convinced I’ll sprain my ankle.” Then for dramatic effect I add, “And my knee, it weeps.”

He smiles. “That’s the one you hurt doing too many squats in yoga class?”

“Do you like me any less because I have a weak left knee?”

Josh responds, “Do you like me any less because you have a weak left knee?”

“That makes no sense.”

“Exactly,” he says. “Why would that change how I feel about you?”

What I want to tell him is when physical pain shows up, it’s just the tip of my terror. It is old and dark and brutal. It’s 4 a.m. practices at Sky Rink before school while New York slept. It’s wrapping up ripped muscles with ace bandages and pushing through the throbbing to get it right. It’s icing injuries on rubber locker room floors. It’s cold falls in front of gaping judges. My body remembers everything that I keep trying to forget.

He reaches for my hand while Russian dancers in black lace swing from ropes and gyrate to electronic music.

“And I have terrible credit,” I confess.

This catches his attention. “How bad?”

“Well, my uncle is wanted by Interpol for some shady real estate transactions in Turkey.”

I down another shot and declare, “I’m afraid of movement.”

“Do you know how fast the earth is spinning right now?” Josh retorts.

He walks me to the dance floor and I rest my head on his shoulder. My body collapses into him and he takes my weight. His neck smells like soap. I pretend he’s the one.

“How did it go?” an American woman off-camera asks her.

“It was fun,” she laughs, crossing her legs. Her head is tilted to the side and her eyes are wide and blue.

“Would you do it again?”

The girl looks up at the ceiling. “I just wish I had done better.”

“What!” the woman exclaims. “You were fantastic. You even did double vag.”

“Yeah,” she smiles, picking at her toes. “I could have done better.”

I am left reeling for something momentously beautiful. I long for a love so great my heart takes over my mind. A love that is so bright, bodies are fluid like warm water and shame’s hard edges dissolve into a blanket of surrender. 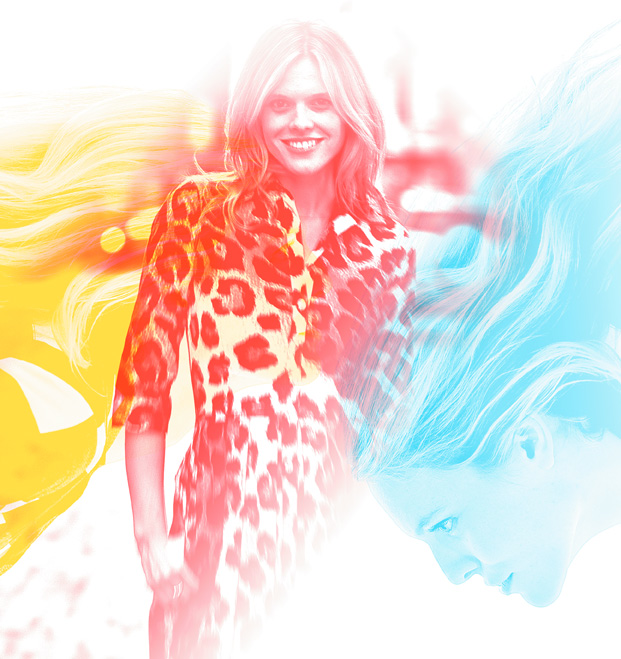