While Gov. Andrew Cuomo is expected to cruise to re-election next month, he worked to lower expectations today — telling reporters he’d call getting 51 percent of the vote against Westchester County Executive Rob Astorino a victory.

“Fifty-one,” Mr. Cuomo, a Democrat, repeatedly said when asked for his definition of victory this November. “These are complicated times — there are a lot of issues on that ballot that have nothing to do with the personalitiies on that ballot. We have fracking on the ballot, we have Common Core on the ballot.”

Some of those issues — fracking in particular — have already caused headaches for Mr. Cuomo, who is followed often by anti-fracking protesters. Those activists  buoyed the primary campaign of Zephyr Teachout, who scored 35 percent of the vote this September and held Mr. Cuomo to just 60 percent of the vote — a win that at times felt like a loss for the powerful and well-funded incumbent.

Mr. Cuomo, speaking to the press after an infrastructure announcement at LaGuardia Airport, also pointed to national trends that are likely to make this election year a good one for Republicans — saying this year’s race would be “far more complex” than a simple race between two individuals.

He also bristled at the idea that margins of victory matter to winners, sarcastically calling a questioning reporter a “political genius.”

“I defy even you, political genius, the year after an election, to remember what the margin was,” Mr. Cuomo said. “I don’t remember my margin as governor or as attorney general. It doesn’t matter: 51, and then do the job.” 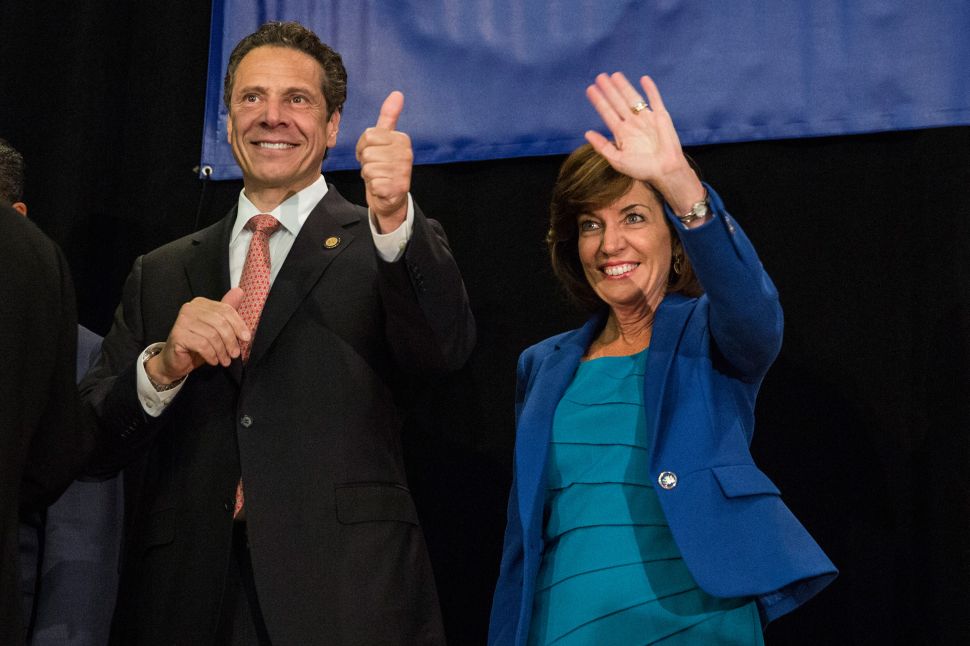