After an eight-year study, researchers have discovered that Blushwood berries — found in the rain forests of Far North Queensland — contain a compound that might be able to destroy head and neck tumors, as well as melanoma, the Australian Broadcasting Corporation reports.

A drug derived from the berries, called EBC-46, has reportedly been tested on 300 animals, including cats, dogs and horses. Dr. Glen Boyle, who led the study, said EBC-46 worked with a 75 percent success rate.

“It kills the tumor cells directly, it cuts off the blood supply and it also activates the body’s own immune system to clean up the mess that’s left behind,” he’s quoted as saying.

The drug worked shockingly quickly, the ABC reported. While most tumors require weeks of treatment, the researchers found that EBC-46 caused tumors to disappear in a matter of days.

Sounds a little icky, tbh, but we’re glad it works! The before and after photos in the original article show how an adorbs dog, Oscar, was cured of a tumor on his face. Yay Oscar!

Anyway, the findings have led researchers to believe their drug could eventually be effective in humans. It’ll only be a viable option for tumors accessible by an injection, and not for metastatic cancers — or cancers that spread from the primary location to other parts of the body.

Mr. Boyle also foresees it being an additional treatment option, as opposed to an alternative to chemotherapy. 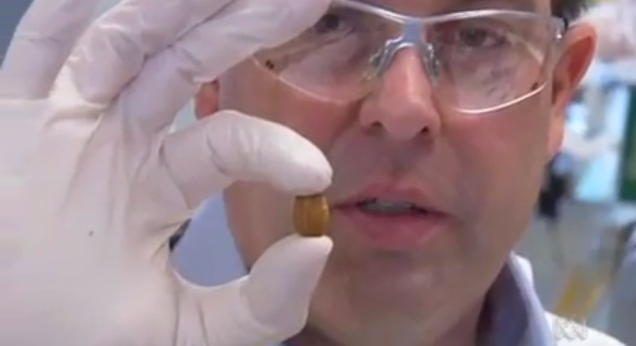