This week, amid mounting pressure, Pastor Mark Driscoll resigned his position as Senior Pastor of Seattle-based Mars Hill Church, which he founded in 1996 and grew to 14,000 in weekly attendance over 15 campuses. His resignation was sudden and would have been unthinkable even a year ago.

Regardless of what opinion people hold of Pastor Driscoll or Mars Hill Church, this resignation signals a new day in pastoral leadership, and a shift in how leadership is both validated or invalidated in at least three critical ways. As a friend of Mark’s for many years — I interviewed him for a book and spoke to him just yesterday — here are some observations:

There’s a pattern in church history that is undeniable: every major church growth breakthrough happens on the heels of a communication breakthrough.

Rome built roads, and then Paul planted churches. Alexander conquered the then known world and gave it one common language, and the New Testament was canonized in his Koine Greek. The printing press was invented, and Martin Luther put a Bible in the hands of anyone who wanted one.

Now, as we stand at the brink of the most pivotal communication breakthrough ever, the church is poised for enormous growth and expansion.

Mars Hill Church was one of the first churches to leverage social media to help grow a platform and a congregation (Pastor Driscoll has nearly half a million followers on Twitter alone). Many other churches followed suit, and now, evangelical pastors are viewed by Twitter as powerhouses. Enough so that some time back, Twitter moved a key executive to Atlanta just to be close to the high number of evangelical pastors in the area.

But with that opportunity comes danger as well. Just as social media and the hyper connected internet age helped catapult Mars Hill onto the national scene, they also played a key role in the turbulence at the church that led to Pastor Driscoll’s resignation. Daily blogs from across the country criticized the church, the board, and/or Pastor Driscoll. Some of the most popular posts were from people who have never even attended Mars Hill.

Pastors and boards would do well to note the speed and power that communication will play in both growing churches and scrutinizing their every move.

Pastors have long acknowledged that theirs is a “life in a fishbowl.” But until recent years, that fishbowl has been within their local church, and confined to what they have said or done in the recent past.

In the digital age, there is little or no privacy, and words live on forever and everywhere. The fishbowl is no longer the local community. It is the entire world. I recently heard Hillary Clinton speak at a conference and she cited the vacation time Presidents like Roosevelt and Eisenhower used to take to clear their minds. She went on to say that she didn’t know if that behavior would be permitted by the public in today’s age of higher than ever scrutiny for leaders.

Much of the criticism Pastor Driscoll has faced centers around comments he made nearly 15 years ago, which he apologized for in a book and before his church. Yet in the digital age, words live forever, and even if they have been retracted by the author, they can be resurrected to create new friction for pastors and leaders. I would venture to guess that if everything Martin Luther wrote in his 20’s were recorded and used as a measuring stick against today’s standards, he would have a hard time finding a church to lead. Smart pastors and leaders will take enormous time to forecast the gravity of their communications and the lasting ripples they will create.

3. Every pastor needs to realize that he or she is an interim pastor.

I recently coauthored a book on pastoral succession titled Next: Pastoral Succession That Works (Baker Press). We studied hundreds of pastoral transitions at churches. In the first chapter of the book, Pastor Driscoll told us of his hope and plan to retire as the pastor of Mars Hill, and his belief that a lifelong ministry was the best plan for pastors. Now, the unforeseen has happened.

Our firm works with hundreds of churches helping them find their pastoral leadership. They come from all over the world, in all shapes and sizes. No two clients are the same. But one common denominator among nearly all of them is that they do not have a plan for the day that the lead pastor is no longer in office.

With the volatility that the internet age brings pastoral leadership, and with the ever increasing scrutiny pastors come under, the idea of a lifelong ministry at one church is a much more fragile proposition than ever. The data we uncovered in our research shows that most pastors will transition at least three times in their careers, and that most churches will face a pastoral transition every three to seven years.

Whether it is a sudden death, a necessary retirement, or a resignation out of the blue, every church will face a transition in ministry. Smart leaders will plan for that future now.

There are hard, but invaluable lessons for church leaders coming out of the cloudy season at Mars Hill. Life has changed for pastoral leadership. Learn those changes, or ignore them at your own peril.

William Vanderbloemen is the author of Next: Pastoral Succession That Works and President/CEO of Vanderbloemen Search Group, the leading executive search firm for churches, ministries, and faith-based organizations. 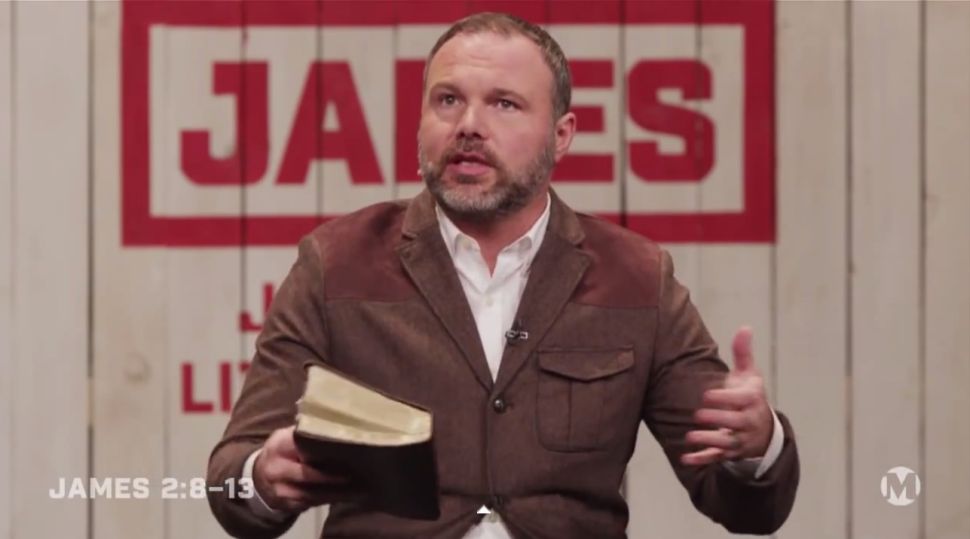