Fashion Week is over, and you were never really going to buy couture gowns anyway. Instead, look to the designers featured at Mercado Global’s Fashion Forward Gala hosted by Kelly Rutherford. Mercado Global helps women in developing countries sell works to Anthropologie, Comptoir des Cotonniers and Calypso, which in many cases means the women are tripling their income. Hôtel Americano, 518 W. 27th St., 6:30-10 p.m., $95

The Meatpacking District was once known for meat, but now it’s mostly known for boozy brunches where people spray champagne at one another. So, basically, the Meatpacking Tour de Champagne seems appropriate! Restaurants in the area—from TAO Downtown to Fig & Olive—will be creating champagne-inspired menus with Moët & Chandon, Veuve Clicquot, Ruinart, Dom Pérignon and Krug. Meatpacking District, all day, free

A good way to convince your friends to move to New York despite having no money is to point out that in this city there are so many great things to do that are free! They will ask you what, and you will reply firmly, “Concerts in the park.” They might point out to you, however, that there are not concerts in the park after summer. But Madison Square Park’s musical performances continue well into fall, this weekend featuring folk groups Dom Flemons and The Brain Cloud. People are going to be playing banjos, and the weather will be beautiful, and you will be so glad you live here as you listen to musical stylings that originated in Appalachia (and there is not one single free concert in the park in Appalachia). Madison Square Park, 3-5 p.m., free

Bike MS New York City 2014: remember when Citi Bikes hit the scene? Suddenly we were all biking around like JFK Jr. That was a nice few weeks when we all got into being really green, and enjoying those bikes after having very small, low calorie sodas. Those Citi Bikes mostly sit unused now, except when people are drunk and nostalgic. But the important thing is that we learned something. And this weekend you can take advantage of those biking skills as Bike MS New York City offers a traffic-free 30-mile route circling Manhattan, or a traffic-free ride through the Holland Tunnel. Proceeds go towards the National MS Society, and it will almost certainly be more fun than sitting in the back of a taxicab. 12th Avenue and W. 46th Street, 10 a.m.-2 p.m., $75

Well, it’s been a long time. Help F. Murray Abaraham celebrate the past nine decades in theater with a retrospective of performances including The Mikado, True West and, rather surprisingly, Black Humor: The Comedy of Lewis Black, as part of Cherry Lane Theater’s 90th Anniversary Gala. 38 Commerce St., 6 p.m., $200-$500

It’s always remarkable to see Gatsby associated with any eternally receding color but green, but we’ll let the Blue Horizon Charitable Foundation’s Recognition Gala have this one. The foundation raises awareness of global inequalities in healthcare, as well as providing charitable medical care. So they beat on against the current. Gotham Hall, 1356 Broadway, 7 p.m., $450

Which came first, the chicken or the Egg? The Egg. There we go. That was a fun game. The opening celebration for the children’s line’s new Tribeca location will be attended by Jane Krakowski from 30 Rock as well as Latham Thomas from Mama Glow. Which is to say, if you’re invited, it’s probably one of those rare events you can bring your kid to. Egg by Susan Lazar, 104 Franklin St., 6-9 p.m., invitation only 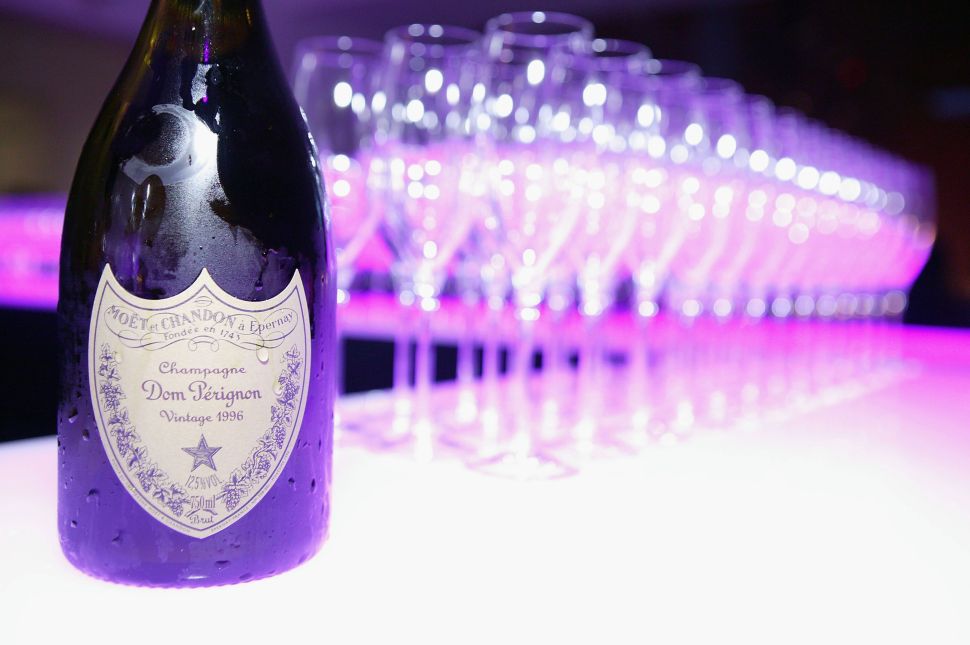 Filed Under: things to do, events, the eight-day week