When I tell people the Take Home a Nude Gala is my favorite event of the year, they often stare. But the event isn’t so much an opportunity to find a new naked-time partner as it is to bid on artwork from Vito Acconci, Mark Borthwick and John Alexander. Some pieces will represent this year’s honorary muse, Brooke Shields, who posed for several artists. Sotheby’s, 1334 York Ave., 6-9 p.m., $250

A charity we need now as much as ever, Girls Write Now pairs young aspiring writers with professional mentors. Beena Kamlani, of Penguin Random House, will be hosting the evening to talk about nurturing young women’s creative skills. Tishman Speyer, 375 Hudson St., 6-8:30 p.m., $65

Dreamers without a time machine will appreciate the CBGB Music & Film Festival. You’ll want to tune in for a lot of the events—Billy Idol, for instance, is a keynote speaker—but we’re especially excited to see Jane’s Addiction honored at the Icon Award Ceremony. Go, and relive a darker time when people were addicted to more than texting on their cell phones. Center 548, 548 W. 22nd St., Oct. 8-12, 9 p.m., VIP tickets $100

The Hamptons get a lot of play in the summer. They also get some play in the winter by people who have watched Eternal Sunshine of the Spotless Mind in the past five minutes. But they are equally lovely and fairly neglected in the fall. Dare to be different and go there for the Hamptons International Film Festival. Celebrity guests include Patricia Clarkson, Laura Dern, Richard Gere and Hilary Swank. Various locations, October 9-13, price varies per film, but approximately $15-$30

It’s back. After a five year hiatus, the Rainbow Room has reopened boasting such delicious classics as beef Wellington with a foie gras potato purée and Maine lobster pot pie with black truffles. 30 Rockefeller Plaza, (212) 632-5000, rainbowroom.com

Oh, God, your dad definitely wants to go to the Friends of Hermione-Lafayette in America gala. It’s honoring Charlie Rose, and it’s being held on The Intrepid Sea, Air & Space Museum. Proceeds go towards the sailing of a fully reconstructed version of The Hermione, which Gen. Lafayette steered to America across the Atlantic in 1780 in aid of the American Revolution. The Intrepid Sea, Air & Space Museum, Pier 86, W. 46th St. and 12th Ave., 6:30-10:30 p.m., $750

Gotham Magazine is turning the Hornblower Yacht into a love boat, at least as far as the single women of Manhattan are concerned. The event celebrates 100 bachelors who have made an “indelible mark on the city in each industry.” Hornblower Yacht, 7-10 p.m., invitation only 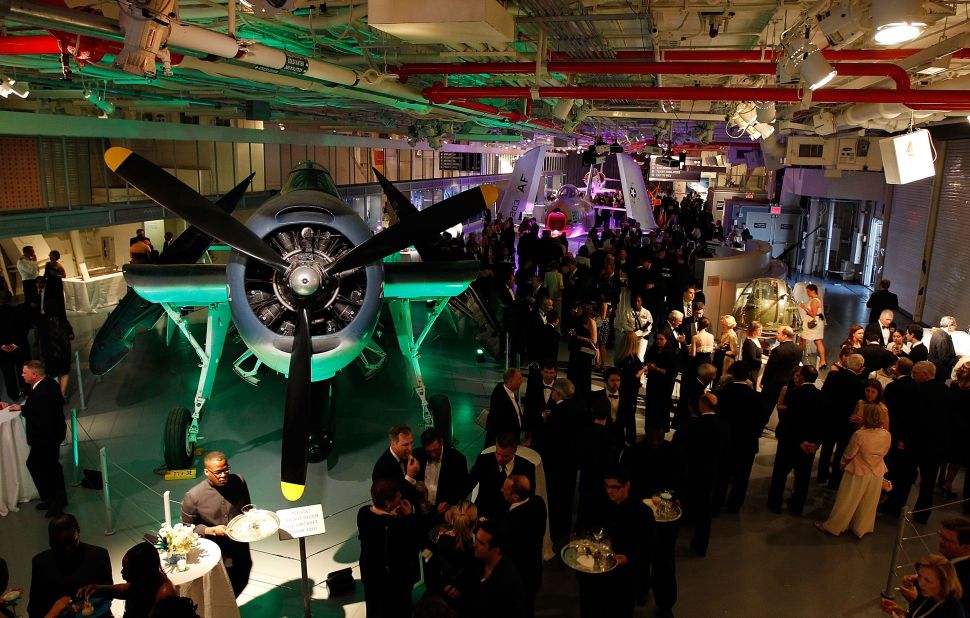