Jon Paul Lupo, the director of the Office of City Legislative Affairs, and Jonathan Viguers, a member of the Community Affairs Unit and a former de Blasio campaign aide, recently took temporary leave from City Hall to campaign for two Democrats, sources say.

A spokesman for Mr. de Blasio confirmed to the Observer that Mr. Viguers and Mr. Lupo took leave from City Hall, but declined to say where.

The temporary departures of Mr. Lupo, who aided Council Speaker Melissa Mark-Viverito’s campaign for speaker a year ago, and Mr. Viguers do not come as a surprise, though they are unprecedented in recent history. Mr. de Blasio, a former campaign operative, is fully engaged in trying to return Democrats to the majority in the State Senate so he can further his own left-leaning agenda, much of which is dependent on a friendly state legislature. Mr. de Blasio’s two predecessors were both Republicans–Michael Bloomberg never sent aides to help Democrats and used much of his own wealth to prop up Senate Republicans, who have served in the majority for much of the last fifty years.

But Mr. de Blasio’s assistance does come with risks, observers say. In Mr. Wagner’s race, where a Republican incumbent is leaving office, outside groups are hammering Mr. Wagner for his ties to New York City Democrats and Mr. de Blasio. Mr. Recchia, a former Brooklyn councilman running in a right-leaning Staten Island and Brooklyn-based district, has also been accused of being too beholden to Mr. de Blasio, an increasingly unpopular figure among conservatives. 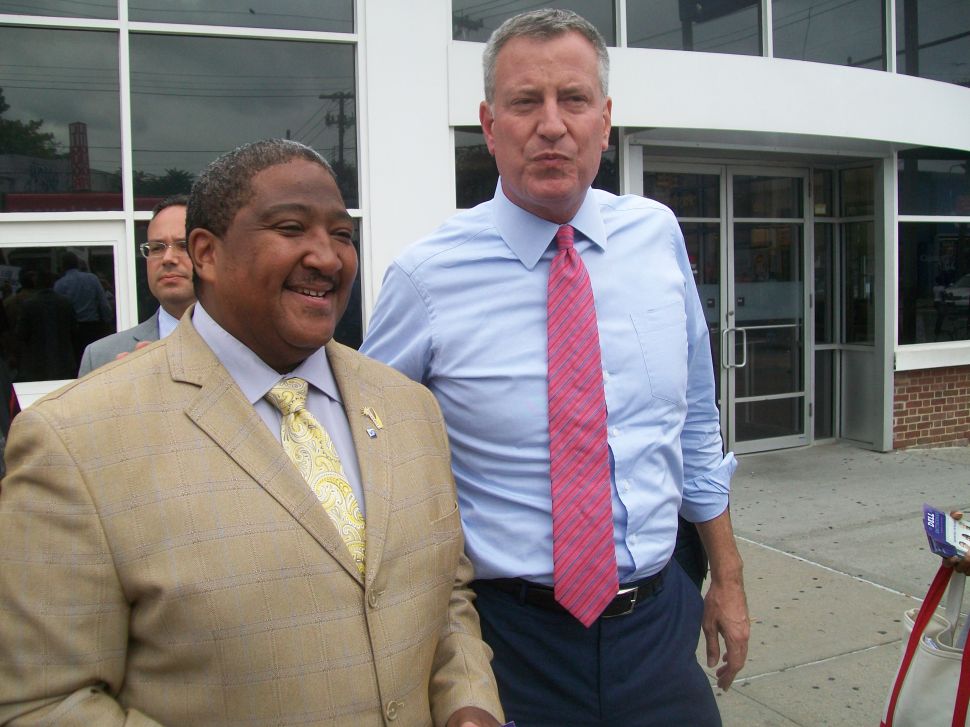