Between lesbianism, transfemininity, motherhood, sisterhood, and abortion, the early episodes of Transparent are clearly concerned with the lives of women. “Rollin” is when masculinity takes focus and, as one might expect, it’s a much more emotionally honest masculinity than viewers tend to see on television.

Early in the episode, Josh can’t find Kaya. She won’t answer his calls, and she never gave him a firm answer to his proposal. He visits Margaux while she rehearses with a band that isn’t Glitterish, but she either doesn’t know or refuses to tell Josh where her sister is. (She also shares Kaya’s acerbic tongue; when Josh tells her about the proposal, she replies, “Oh my god, you weird, old, sad fellow.”)

Before Josh is able to continue on his search, he gets a call from Sarah, who has been helping Maura pack up her house. He’s set in his mission to find Kaya, so he is ready to say no to any favor Sarah asks of him, until she tells him that she found his private correspondences stuffed in old cereal boxes. “Nice photos and letters of you and creepy Rita,” she sneers. “Almost forgot about you and the babysitter.” Rita, of course, is the seductive woman we meet in the pilot. We now know yet one more Pfefferman secret: Josh has had an on-again, off-again sexual relationship with his childhood babysitter since he was a teenager.

When a young woman and an older man are sexually linked in a film or television show, we have language available for starting a conversation: statutory rape; molestation; violence against women; misogyny; power; Yes All Women. Even when the situation depicted isn’t that black and white, the conversations of the past guide us in understanding the material.

It’s not as easy to talk about Josh and Rita, because we don’t have that language as readily available. Was Josh sexually abused? Undeniably, yes. He was a minor having sex with an adult; even if he verbally agreed to every sexual act, minors can’t consent, so we’re talking about statutory rape at the absolute minimum. And yet, the way Josh touched Rita during their love scene in the pilot was filled with raw desire. Today, they are both adults, capable of making their own choices, and Josh chooses Rita, even when he’d like to convince himself that he’s choosing a family with Kaya. Rita lays his vulnerabilities bare, which is not how we are used to seeing characters like Josh’s. In lesser hands, this plot development would feel sensationalist or laughable, but Soloway is a gifted writer who treats the material with the respect and care it deserves.

Josh enters the empty living room and takes the cereal boxes. When Maura reappears, she is dressed as Mort, the coming out conversation tabled for another day. Josh almost catches her – he smells her perfume – but the truth is easy to conceal.

Maura’s fear of being seen for who she really is plays out twice in the episode. The second incident is a flashback to 1992, when Mort is shopping at Wild Time Books. He discreetly eyes a cross-dressing magazine on the rack, careful not to attract the attention of the man beside him (Bradley Whitford). Moments later, however, the man – who later introduces himself as Mark – creates safety for Mort by whispering, “That’s last month’s issue.” Mort’s identity has been uncovered, but by an ally whose own identity is on a similar wavelength. Even at its scariest, perhaps coming out is coming out.

“Coming out” is a foreign concept for a man like Josh. He copes with repression, pushing his romantic and sexual desire for Rita in the cereal box where it belongs and pursuing Kaya so intently that she refuses to see him. If his aggression strikes you as unsettling, you aren’t alone. Kaya is so threatened by Josh’s extreme advances that she has his boss remove him from managing Glitterish. When Josh finds out, he has a violent outburst in his boss’ office that results in his termination.

When Josh and Kaya finally do see each other, she stands her ground. “I’m going in and you’re not invited,” she tells him when he arrives unannounced on her doorstep. He begs her to think about their future and their child, and she tells him the truth: she’s already had her abortion. The symbol holding their relationship together is now gone, leaving them to go their separate ways for good.

Back home, without a girlfriend or child or job, Josh opens Rita’s letters. “I feel so right in this relationship,” reads one. “I will love you forever,” says another. These are, perhaps, the deepest signs of genuine affection and intimacy that Josh has shared with another human being, and they were born out of violation. Josh can’t take it anymore, so he sits alone and cries. There’s no other way he can respond. After all, he doesn’t have the language to talk about it, either. 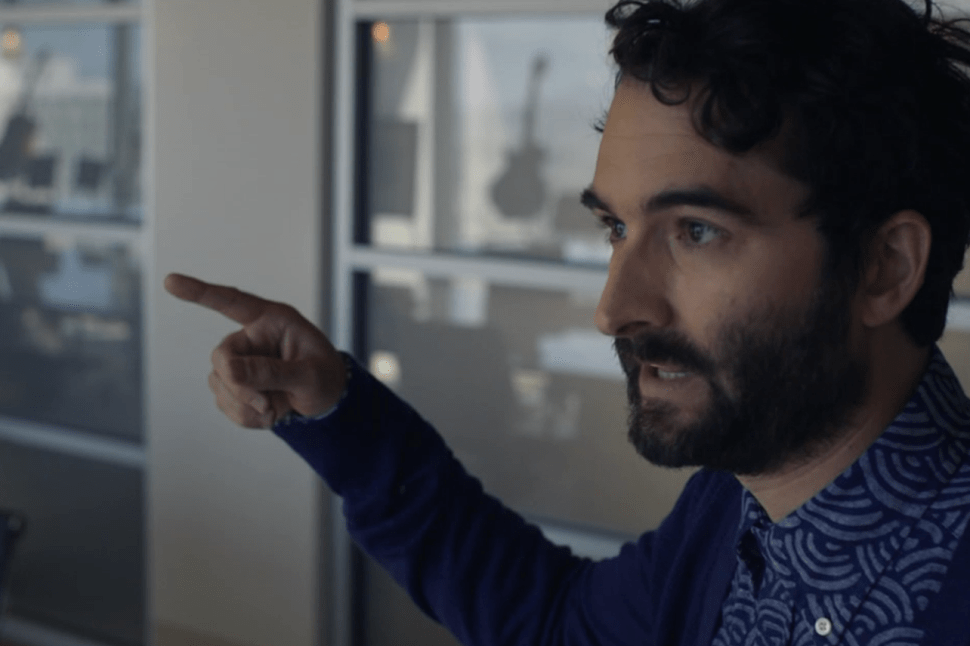