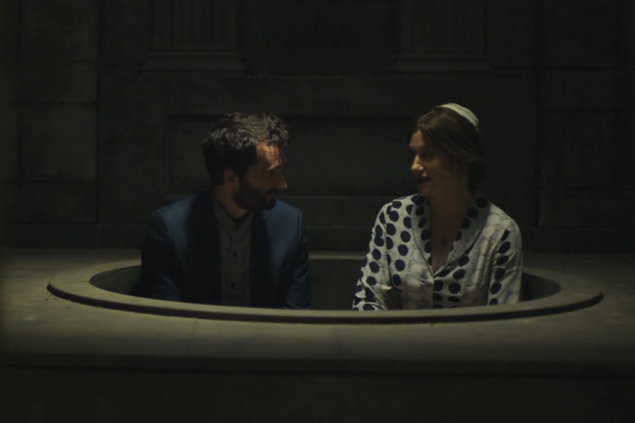 Josh walks into synagogue in the middle of Rabbi Raquel’s Friday night sermon. While I’d ordinarily expect a nice Jewish boy like Josh Pfefferman to know better than to arrive late to Shabbat services, he later explains that this is his first time attending synagogue as an adult, so we can excuse his faux pas this time around. He sits down just in time to hear Raquel sharing the story of the Israelites wandering the desert for 40 years, and how the generation of Jews who had been enslaved in Egypt had to die off before their children could reach the Land of Israel. “It’s only those who are born free,” she explains, “who are born in the wilderness, that get to see the Promised Land.”

Ali copes by deciding to enroll in gender studies classes at Santa Monica College. The professor (a brilliant cameo by Jill Soloway herself), who happens to be Syd’s ex, embodies every painful stereotype of the Academic Feminist, the type of person who name-drops bell hooks and Audre Lorde left and right and refers to exclamation points as “small rapes.” But Ali is much less interested in what she’ll learn from her professor than in what she’ll learn from her TA, Dale (Ian Harvie). Dale is a trans man, which fills Ali with delight. “I have so many questions!” she tells him. “I’m afraid of being offensive,” she continues, which is always the sort of phrase that precedes a horribly offensive statement. Luckily, Dale seems to find Ali’s curiosity endearing, and Ali’s awkwardness is curbed by her obvious crush on him, made slightly complicated by the fact that Dale reads Ali as a lesbian and admits that he’s mostly attracted to high-femmes. With that, “high-femme” replaces “transgender” on Ali’s list of Things To Learn About In Gender Studies 101.

Josh tries to glean some answers from Maura herself. He visits her at her new apartment for the first time, and in trying to come across as supportive, he demonstrates his complete lack of understanding of trans identity by telling Maura, “I’m cool with it…whatever people want to do behind closed doors, that’s their business.” Maura stares him in the eyes and lets her hair down, as if to tell him that this is hardly something that she’ll allow to remain behind closed doors any longer.

Unable to ask Moppa his burning questions directly, Josh later turns to the Internet. While there are a whole host of LGBTQ educational resources online, Josh only knows how to relate to the world in sexual terms, so he buys a session with a trans cam girl. The sex worker is interested in actually working, so she doesn’t let him steer the conversation into a personal direction. Disappointed, he signs off.

Seeking answers to questions he can’t even properly articulate, Josh finds himself in synagogue, listening to Rabbi Raquel. They talk after the service, and she takes him on a tour of the building, leading them to an empty mikveh, a Jewish ritual bath commonly used for conversion ceremonies and post-menstrual purification. It’s an intimate space under any circumstance and a breathtaking set piece. They sit in the mikveh, and while he doesn’t directly bring up Maura or his questions about trans identity, the peace of mind that Josh seems to develop while talking with Raquel (err…let’s be real, he’s flirting with her) hopefully means that she’ll be able to be a good resource for him as he learns how to ask his questions respectfully. After all, Judaism is all about questions – it’s unlikely that Josh’s questions are ones that Raquel hasn’t considered before.

Sarah, unlike her siblings, doesn’t realize how many questions she still has until she tries explaining Maura’s transition to Ella and Zacky. She and Tammy sit the kids down to tell them about Grandpa’s transition before he joins them for Shabbat dinner. Because kids, by their very nature, make the most precious observations about the world, Ella wants to know if Grandpa is “magic.” She also wants to know if Grandpa will “have pretty hair when he comes,” because her priorities are in the right place.

Shabbat dinner starts well. Maura brings Davina, cementing Davina’s role as an honorary Pfefferman. Ella and Zacky are totally unfazed by Maura’s appearance. And Sarah asks her to recite the blessing over the candles, explaining that the tradition is one reserved for “the mother of the family.” It’s easy to take a step back and see the universality of the scene. Whatever struggles Maura and her family may be experiencing, in this moment, they look just like every other religiously-lapsed but culturally-observant American Jewish family that sometimes lights candles on Friday nights. It’s rare to see snapshots of Jewish ritual and family life on television, and I applaud Soloway for prioritizing their inclusion in Transparent, and in this episode in particular.

Len disrupts the peace, in what’s arguably the most disturbing scene we’ve seen on Transparent to date. He arrives a little too early to take Ella and Zacky with him for the weekend, and while Bianca helps them gather their bags, he loses his cool in a horrifically transphobic diatribe, culminating in him grabbing a knife and threatening to cut off his dick. Why Sarah lets her kids go with him is beyond me, because that is not the behavior of a safe, responsible parent. Maura puts Len in his place, unwilling to put up with any more crap from small-minded individuals, and he backs down after that, but I’m still stuck on the fact that he grabbed a knife and threatened to cut off his dick to begin with. Len puts Sarah, Josh, and Ali’s struggles into perspective. They may not totally know how to handle Maura’s transition, but at least they aren’t resorting to violence.

We know, of course, that they will all come around in time. Maura herself was wandering through the desert for years. In a flashback to 1994, Mort broaches the idea of wearing women’s underwear during sex to Shelly, illuminating why she sees the transition as little more than an extension of his “kink.” Later, Maura and Marcy look through a catalog about a “sleepaway camp for cross-dressers,” which Maura quickly realizes she can’t attend because it conflicts with Ali’s Bat Mitzvah. Twenty years ago, Maura didn’t have the answers she has now. She didn’t even know how to ask the questions, much like Josh, or the fourth son whom the Pfeffermans surely discuss at their Passover seders. But Maura eventually made her way out of the wilderness to the Promised Land. There’s hope that, in time, her children will be able to join her there. 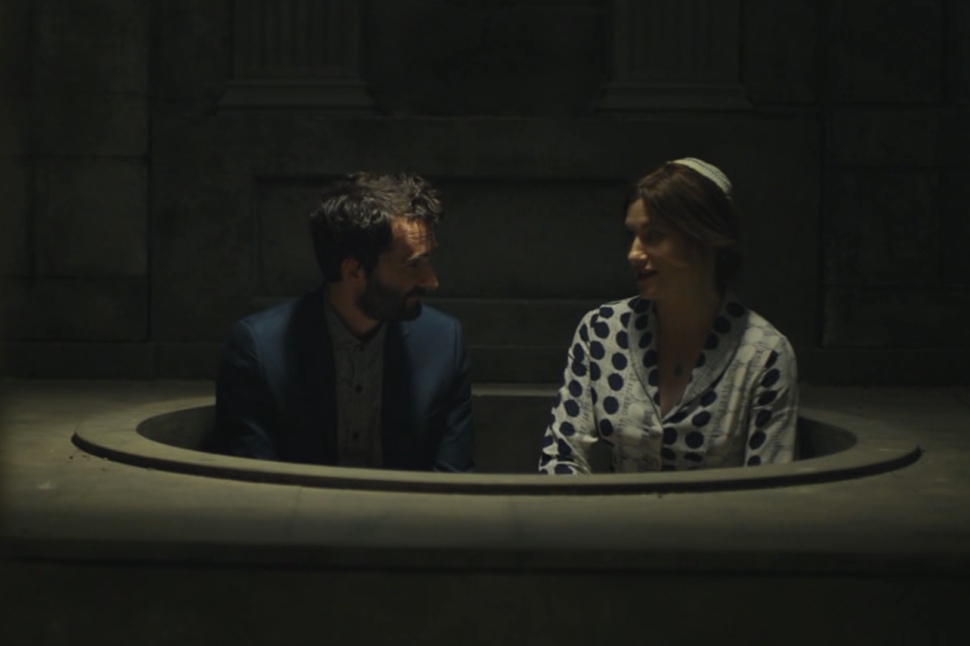