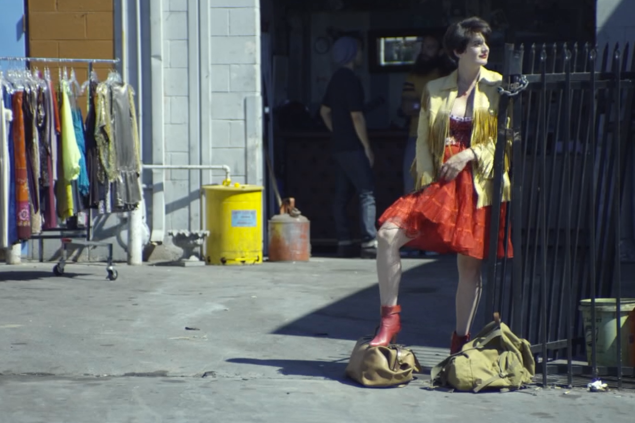 If “Rollin” was Josh’s signature episode, “Symbolic Exemplar” is Ali’s time to shine. We’ve learned, over the course of the season, that she dabbles with interests and modes of self-expression. She’s no longer eating dairy-free or twerking-out; her interest in weed is inconsistent; she’ll stop and start expensive hobbies just as long as Maura is willing to foot the bill. She’s also searching to understand herself, and her gender presentation is a big part of that. In “The Wilderness,” when Ali asks Maura to pay for her gender studies class at Santa Monica College, Maura waxes nostalgic about Ali’s “gender confusion” during childhood and insinuates that they may be on the same life path, casually mentioning that “some people say it runs in the blood.” I wouldn’t go that far – to me, Ali seems quite comfortable in her identity as a woman – but it’s true that she seems less confident in how she expresses her identity than in what her identity actually is. Remember, this is the Ali who chopped off her hair in response to receiving a cosmetic counter makeover at the mall.

Now, Ali has a reason to experiment with gender – she has a crush on Dale, and Dale likes high-femme women; therefore, Ali must learn to be high-femme. She starts her quest at a clothing store with Syd, grabbing outfits off of racks and asking whether they qualify as “high-femme” attire. Finally, Ali finds what she’s looking for: a sexy red rodeo cowgirl dress, complete with a corset top and poofy crinoline skirt. The dress may not represent everyone’s idea of “high-femme,” but it works for Ali.

And it’s a good transition into femininity for Ali, because she is not typically a fan of dresses. She’s never been a fan. In a flashback to 1994, she fights with her parents about wearing a dress to her Bat Mitzvah, which throws into question whether she should have a Bat Mitzvah at all. The attire dilemma is certainly one to take seriously; next to her wedding dress and her prom gown, a young woman’s Bat Mitzvah dress may be the most culturally important piece of clothing she owns. But I found myself wanting to tap little Ali on the shoulder and assure her that a dress isn’t necessary for a Bat Mitzvah. She can wear what she wants and still receive boatloads of money from relatives. For now, Ali seems unconvinced.

Back in the present day, Ali is waiting for Dale to pick her up. She is wearing her rodeo dress, red high-heeled booties, a tan fringe jacket, and bright red lipstick. It’s a costume, but of course it is, because the only way Ali can make femininity bearable is to turn it into a game, a performance. She is going to be exactly the person that Dale wants her to be, and she will like it.

Dale picks her up in his pickup truck and drives her back to his log cabin in the woods. It is the most stereotypical macho bachelor pad, complete with neon PBR sign on the wall. The viewer apparently missed the part where they negotiated the parameters of their Dominance and submission scene (D/s) and decided on a safe word, because now Dale starts barking orders like “Nobody said you could sit down,” “Don’t talk. Just let me look at you,” and “When you talk to me, I want you to say ‘daddy’ at the end of it, every fucking time.” I am assuming this is D/s, because the Dale we met in “The Wilderness” is not this dictatorial, and because Ali responds to all of his commands in her sexiest speaking voice, gazing back at him with smoldering eyes. The power play is all part of Ali’s femme dress-up play, and she loves every minute of it.

The first hiccup arrives when Dale asks Ali to take off her panties, and he sees her naked crotch. “What the fuck is all that?” he scoffs. “Big girls have bush, daddy,” Ali confidently informs him. “Not all of them do,” he retorts, “and we’re gonna fucking fix that.” So Dale shaves Ali. He doesn’t ask, and she doesn’t object. Midway through, she admits that the process is hotter than she would have imagined, but this is an awful lot of trust to place in a partner on a first date.

That trust deepens more when they leave Dale’s house to go sex toy shopping. Ali wants to buy a dick for Dale to use on her, and she settles on a red Sparkle Unicorn dildo. She pays for it with Maura’s credit card. Dick in hand, they progress to the meet-the-parents stage of their relationship when they go to see Maura perform in Trans Got Talent. The culture clash between Dale and Ali comes through in her embarrassment to be attending such an event and his embracement of it, as someone who belongs to the trans community. Dale happily chats with the other event attendees while Ali prefers to sit in a different room, pointing at Dale through a window, and proudly telling Sarah and Josh that, no, he hasn’t had “the lower surgery.” The power play of earlier has shifted entirely, and Dale has become Ali’s conquest.

They don’t stay at the show for long. Maura’s performance is endearing but undeniably awkward, and Ali is the first of the Pfefferman kids to let her giggles get the best of her. She and Dale head to the bathroom, where they struggle to open the dildo’s plastic packaging and put it to good use. Dale’s half-hearted attempts at dirty talk don’t arouse Ali, and she has difficulty being turned on by a sparkly red dick. Their earlier role-play and power dynamics are long-gone; less than 12 hours in, they’ve already reached the bed-death phase of their relationship. When the lube makes the dildo so slippery that it slips and falls onto the ground, they know that date night is over.

When Dale drives Ali back to his house, he questions her intent. Could she be a chaser, a woman who is specifically interested in trans partners because they are trans? Ali is offended by the accusation, but deep down, she knows he might be right. She doesn’t have much time to consider it, though, because when they pull up in Dale’s driveway, she sees that his car and his house are nothing like she remembered. Gone are the truck and the cabin, replaced with a sedan and well-decorated suburban house, lacking in wood paneling and PBR paraphernalia. Dale offers her tea, an abrupt change from (what she thought was) his usual beer, and all Ali can do is stare back in shock.

It could be that Ali unknowingly fetishized Dale. She wanted to be the image of a woman that she thought he wanted her to be, and in so doing, she forced him into the image of a man that she wanted him to be. She may have very well taken her curiosity about Maura’s trans identity way too far, objectifying a totally unrelated trans person in the process. But it’s just as likely that Ali is so lost in trying to understand her identity that she allows the performance and experimentation of identity to get in the way of who she really is and what she really wants. She looks around and sees Maura living authentically for the first time, Shelly caring for Ed in his last days, Sarah sacrificing everything to pursue love, and Josh slowly rebuilding after his life has completely imploded. Ali is the Pfefferman with the least amount of purpose, direction, and sense of self. She has found herself caught between taking charge, asking questions, and exploring the world on one hand, and allowing life to lead the way for her, plunging her into water that’s far too deep on the other hand. On which side she will emerge is a mystery. For now, she just needs to ask herself if the quest in itself is worth risking her sanity entirely. 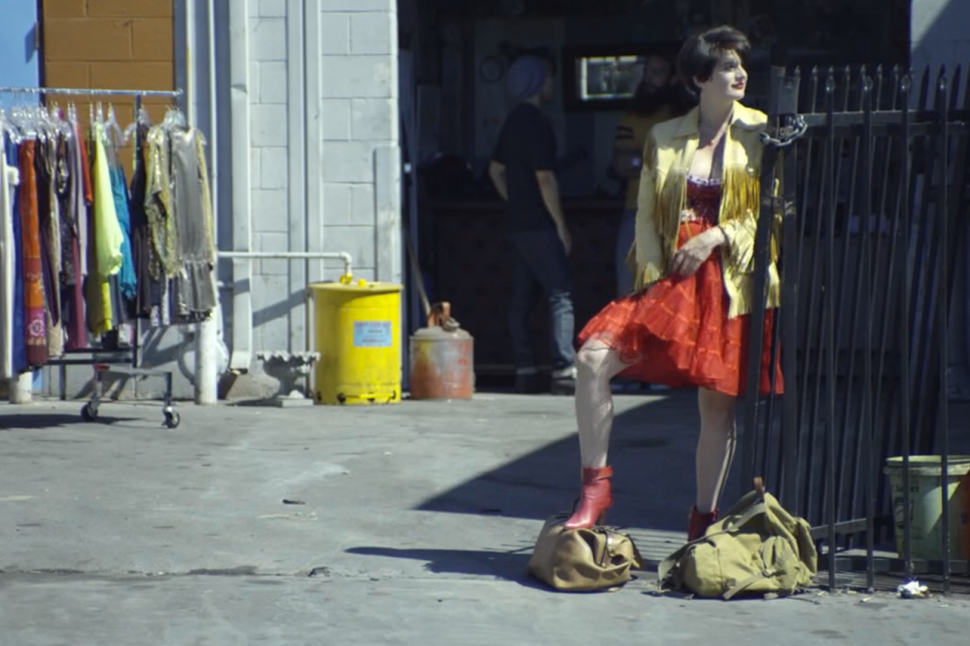