New York doesn’t get a lot of TV love. Sure, we have a lot of shows filming here, but in terms of creative writing talent, it’s…what? Law and Order, GIRLS, House of Cards, Saturday Night Live, Late Night and Fallon? That’s why it’s so exciting to find out that it’s that time of the year again: New York Television Festival time, which is basically like the NYFF meets TFF meets a bunch of other acronyms…but for TV!

This year NYTVF celebrates it’s 10th anniversary with free screenings and special events hosted by BAFTA, BBC America, BET, FremantleMedia, MTV, and STARZ. The week of TV will be headlined by Cartlon Cuse (Lost, Bates Motel, The Strain), Jenni Konner (GIRLS), and Beau Willimon (House of Cards) and showcase 62 official selections from the Independent Pilot Competition as well as  panel discussions and an award ceremony.

““Each one of our special events is truly focused on the development and creation of TV,” Terence Gray, founder and executive director of the NYTVF, told The Observer via email. “There’s so much enthusiasm in the creative community for the episodic art form and it’s awesome to be able to present such a range of voices to the NYTVF audience. I’m especially excited to welcome our three Creative Keynotes…these are three showrunners at the top of the game, and it’s a real honor to have them join us for our tenth Fest.”

The Festival will kick-off on Monday, October 20, welcoming over 200 Official Artists to its NYTVF Connect series, with an Industry Welcome from A&E Network EVP and General Manager David McKillop. NYTVF Connect encompasses the exclusive Artist and Industry events held throughout the week of the Festival and provides Official Artists with the opportunity to meet, pitch, network, and collaborate with the top decision makers in attendance. As part of this exclusive program, Official Artists will enjoy access to closed-door sessions with industry decision-makers from across the programming landscape, including executives from FOX, HISTORY, Lifetime, Comedy Central, NBC, Lionsgate, Nat Geographic Channels, Paramount Digital, FremantleMedia, Condé Nast Entertainment, Travel Channel and ulive, Investigation Discovery, WEtv, Pivot, SundanceTV, MTV, Channel 4 (UK), Red Arrow Entertainment, Universal Cable Productions, The CW, WME, CAA, and ICM, among others.

First-time NYTVF partner Starz is bringing its original filmmaking experiment, The Chair, to the Festival onWednesday, October 22, with an exclusive look at upcoming episodes and a conversation with series Executive Producer Chris Moore (Project Greenlight) and featured filmmakers Shane Dawson and Anna Martemucci. Also joining the discussion is actor Zachary Quinto (Star Trek, American Horror Story,Heroes) who helped produce The Chair with his production company, Before the Door, and served as a mentor to the filmmakers in the series. That same evening, audiences will be able to catch the U.S. premiere of BBC AMERICA’s hotly anticipated new Cold War spy drama, The Game, followed by a talk-back with creator Toby Whithouse (Being Human, Doctor Who).

Girls showrunner Jenni Konner will sit down with Slate‘s Willa Paskin for the Festival’s second Creative Keynote conversation on Thursday, October 23, followed by the fourth installment of the BAFTA Rocliffe New Writers Forum. The annual comedy event features debut readings of three original sitcoms – penned by some of the UK’s most promising emerging writers – and will also include industry insight and feedback from producer/director Stephanie Laing (Veep, Eastbound and Down), who will be on-hand as the event’s industry chair.

The Festival will wrap on Saturday, October 25 with the sixth annual Development Day series, featuring a slate of free panels geared toward emerging and aspiring TV creators. That evening, House of Cards creator Beau Willimon will sit for the final Creative Keynote Conversation prior to the Festival’s Award Show.

If you’re interested in attending any of the events or screenings,  visit their website for registration, passes, and a full program guide. We can’t wait to see you at all these things! 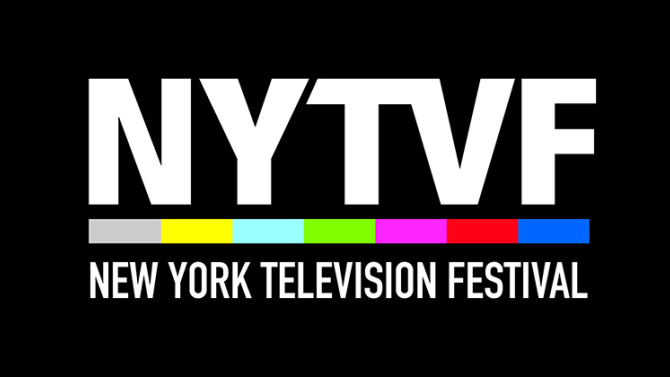