2014: the year British dance pop officially steamrolled American popular taste. Take one look at the U.S. pop charts and just try to disagree. A natural evolution that’s taken hold in the country over the last few years, U.K. dance music is in the spotlight now more than ever before in the U.S. A recent Mixmag article even waxed that EDM’s primary importance in America is serving as an entry point to dance music; a freshman seminar on the basics, prepping listeners to move from more mainstream affectations like DeadMau5 and Skrillex and down the rabbit hole into dance music’s more entrancing, and enigmatic sub-genres.

British artists like Disclosure and AlunaGeorge emerged around the end of 2012 with an innovative sound borrowing from an old-school R&B sensibility. Ever since, both have made a long-lasting impact on the industry that’s completely set them apart from their dance music contemporaries, while their colleagues chase their distinctive aesthetics.

Brothers Guy and Howard Lawrence of Disclosure eventually introduced American ears to the tenuous, rhythmic vocals of fellow Brit Sam Smith, who carried the remix of their standout tune “Latch,” a song so infectious L.A.’s ScHoolboy Q even jumped in. Mr. Smith moved on to mark his own career path with hits like “Stay With Me,” becoming one of the U.K.’s most highly contested vocalists—and he’s also having a bit of a moment right now in the U.S., reaching No. 2 on Billboard’s Hot 100 and selling out concerts in New York and across the country.

A funky union between vocalist Aluna Francis and producer George Reid sparked the inception of their AlunaGeorge project. With Aluna tackling vocals & songwriting and George heading up instrumentation & production, one of their debut singles, “You Know You Like It,” proved yet again that U.K. pop was storming America’s shores.

Brit producer Route 94 helped usher in Jess Glynne with their massive “My Love” collaboration, and the legendary SBTRKT introduced the world to his frequent vocal collaborator Sampha.

Even the English band Rudimental helped introduce music from singers Sinead Harnett, John Newman, Syron, and one of my all-time favorites: MNEK. Borrowing from ’90s R&B and infusing it with the creativity of U.K. garage, sounds from these vocalists have totally penetrated U.S. airwaves.

Even Mary J Blige’s upcoming album, The London Sessions, pays homage to the fresh sounds wafting over from across the Atlantic, hosting production and collaborations from popular U.K. acts like Disclosure, Mr. Smith, Emeli Sande, Naughty Boy and more.

Differing from the sleek, homogenous sheen laminating the vast majority of U.S. pop, music production in the U.K. is defined not simply by the desire to yield bright, clean, palatable hits, but the inspirational power of employing “variety,” Ms. Blige’s American producer Rodney Jerkins recently told The Guardian, a quality that bleeds into everything from a song’s overall sound, to the arrangement, to unconventional collaborations.

Similar to what took place in the ’60s, Mr. Jerkins echoes the fact that some aspects of contemporary U.S. music are growing stale, so he and Ms. Blige decided to focus their attentions across the Atlantic. These U.K. pop artists and producers listed in Ms. Blige’s album credits have gained the ability to replicate classic sounds from the ’80s and ’90s but add their own unique sense of style and flair, creating a sound unique to the Old Empire.

Maybe we are seeing the second coming of a British Invasion in America, but with music as good as this dominating the charts, who’s complaining? 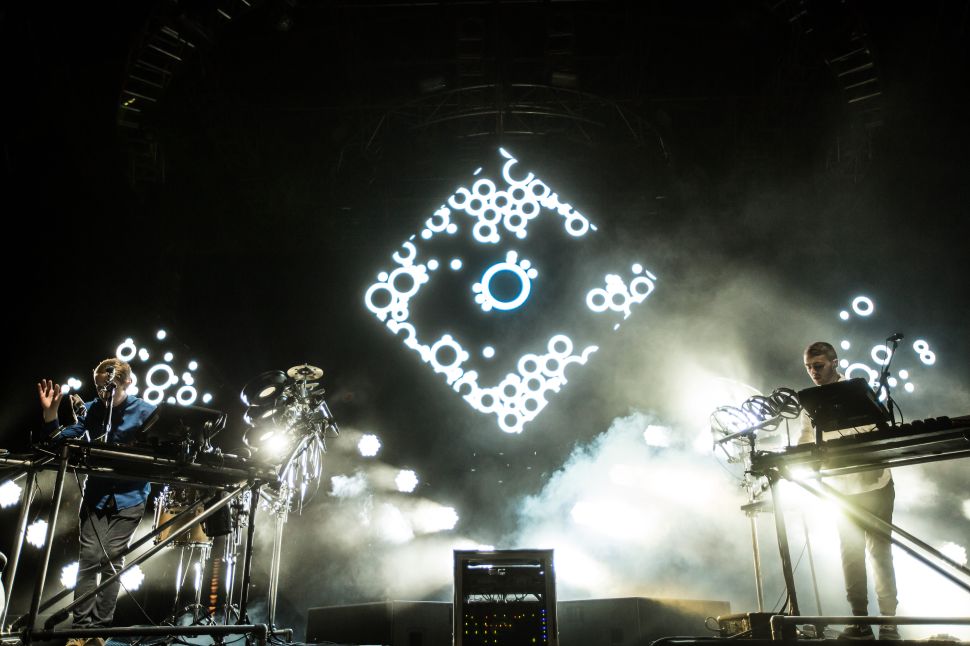