Congresswoman Nydia Velázquez declared at a town hall on police abuse last night that Mayor Bill de Blasio and Police Commissioner Bill Bratton are “on notice” to reform the NYPD’s practices in her district.

The crowded summit between residents, community leaders and several police department heads in Brooklyn’s Sunset Park community followed an incident where officers were caught on video apparently knocking to the ground a pregnant woman interfering with an arrest, and then kneeling on her back. Ms. Velázquez took the microphone after a heated public discussion where outrage in the room often burst into shouting and booing at the panel of police present, and a number of citizen speakers called for Commissioner Bill Bratton’s resignation and referred to cops as “pigs.”

Ms. Velázquez griped about having had to complain to the neighborhood’s 72nd Precinct about the excessive force against the neighborhood’s Hispanic residents numerous times over the years, and demanded that the de Blasio administration take immediate steps to alter the culture of police department.

“What you can take from this gathering tonight is that policing and community policing works when there is trust between the police and the community. Tonight, you can conclude that that relationship has been ruptured, and it has been ruptured for too long. We have to make sure there is a transformation, because the people here, we all feel there is a systemic, a systemic culture that must change,” Ms. Velázquez said. “You are on notice, the police commissioner is on notice, and the mayor who got elected by the people of this community also is on notice.”

Meanwhile, several other elected officials criticized Mr. Bratton for failing to attend the meeting and hear the grievances against his department.

“Why he is not here today? Do not ask me, you will have to ask him. For me, I do believe he should have been here,” Assemblyman Felix Ortiz told the Observer, though he added he was happy that some NYPD officials attended the event.

“I think the commissioner should be here, this is a big issue that is resonating not only here but across the country,” Mr. Hamilton told the Observer. “It would have been positive for the community to see him here, to make a statement, you know, the highest person in the police department to say,’ there’s a problem in the police department and we’re going to address it.'”

One member of the police brass on hand was Chief of Department Philip Banks III, who took a placating tone after so many angry remarks and promised the NYPD would take the community’s concerns to heart.

“I hope the next meeting we have here is all about the positive changes that have happened between police and the community,” Mr. Banks said.

Neither the mayor nor the commissioner immediately responded to requests for comment. 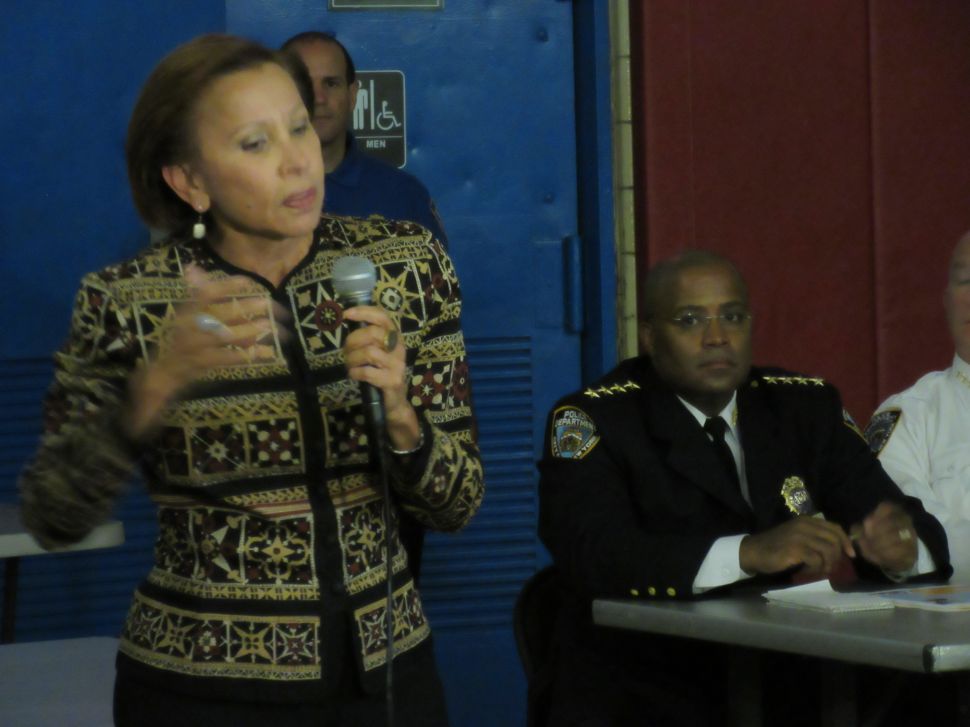