Practically every week, The New York Times discovers yet another place where cocktails with whimsical names and unpronounceable ingredients are served up in industrial spaces mere blocks from housing projects. And while it may seem like the five boroughs (well, at least two of them) offer a seemingly endless supply of trend stories about the incongruity of trendy restauranteurs opening yet another bar with exposed brick across from stores where the liquor is protected by bullet proof glass, sometimes the Times ventures to other cities.

“On a scrubby block in a working-class neighborhood east of Rock Creek Park, plopped down among cheap hair salons, a dry cleaner and a sad-looking liquor store, the future of dining in Washington, D.C., has arrived,” The New York Times reported today. Chef David Chang, not content with colonizing whole blocks of the East Village, will open a Momofuku in D.C. next year, “a sewing-box-size Asian-influenced spot” serves “adventurous bouillabaisse” and “a warm little haunt with schoolhouse-style light fixtures and Art Deco wallpaper” has a $4 old fashioned during happy hour.

But this isn’t the first time that the Times has discovered that the D.C. dining scene is having a moment. As Washington City Paper pointed out this morning, stories about a culinary renaissance in the nation’s capital are pretty much an annual event.

In 2010, the Times reported that the area around K Street (that “hallowed ground for lobbyists and image-makers”) was shedding its reputation as “a fusty culinary landscape of white tablecloths, blue blazers and standard steakhouses.”

A year later, the paper ran a slideshow about Columbia Heights, “a neighborhood in Northwest Washington, D.C., that just a decade ago was best known for vacant homes and empty storefronts, saw gentrification come not with the usual creep but with a boom.” The gentrification boom was exemplified by bodegas transformed into wine bars and a nonprofit “art bar.”

In 2013, the Times once again found that D.C. was getting hip, a development that was attributed to the Obama administration. “Long viewed as a stodgy, early-to-bed town, Washington over the past four years has become a mecca for young professionals who have been drawn to its blooming economy and its revitalized urban core. Once-neglected stretches of the city now bustle with bars, restaurants and coffee shops,” the Times wrote at the time.

And, according to that story, it wasn’t the hip, young-person vibe wasn’t even limited to young people. Justice Sonia Sotomayor, a New York native, moved to a neighborhood that had a “touch of the East Village in it,” she said. Celeb chef Marcus Samuelsson agreed. “Washington is a really cool city to go to now,” he told the Times. “You don’t have to move to New York or San Francisco. You can stay in the D.C. area and really do well within the tribe of cooking.”

In today’s latest addition to the cannon of Times D.C. restaurant coverage, New York senator (and Park Slope resident) Chuck Schumer dined with fellow senators at the Red Hen, “in the emerging neighborhood of Bloomingdale just blocks from a public-housing project.”

“Mark Warner is the culinary Cousteau for senators hoping to find new hip places in Washington,” Mr. Schumer said, of the 59-year-old senator from Virginia. Sounds like Mr. Warner will have an easy time on his explorations. He can just read the Times.

But if nothing else, the consistent coverage of D.C. dining proves that the nation’s capital has something in common with Brooklyn: the ability to complain about New York Times trend stories. 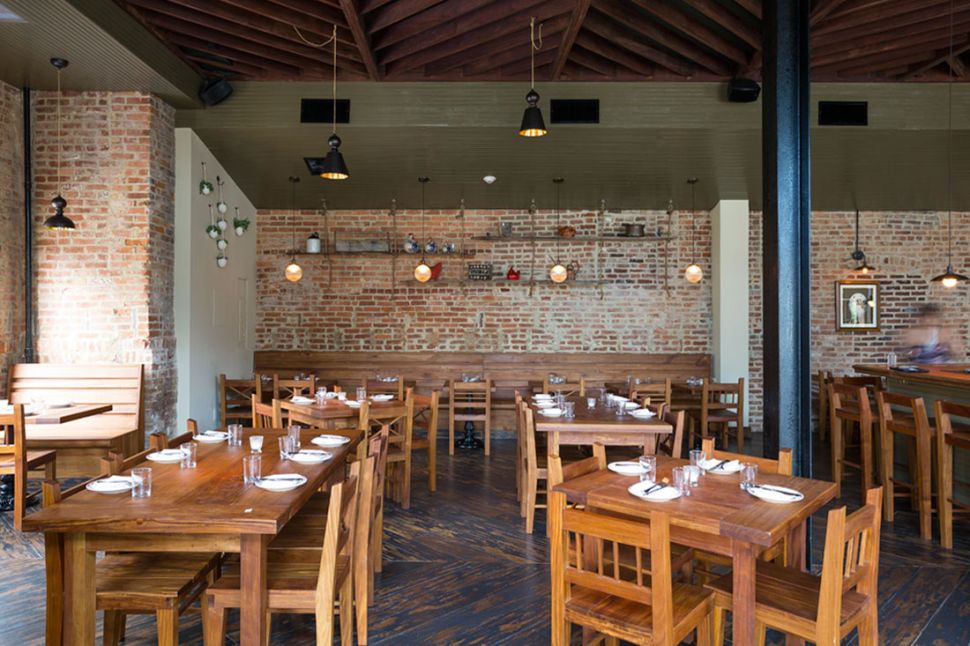