Ben Affleck deserves enormous credit for his important film Argo, which brought the true brutality of the Iranian regime to the big screen. But he is wrong in comparing accusations of Islamic violence to those who say Jews are shifty.

Some Jews no doubt are shifty, as are some non-Jews. And some Muslims are violent, just as non-Muslims are.

That’s why we have to be careful about caricatures of any group and Mr. Affleck is right that this constitutes the core of bigotry.

The difference here, though, is that “shifty” Jews – to repeat Mr. Affleck’s example – are not justifying their shiftiness in the name of Judaism.

If there’s a dishonest Jewish man or woman out there, they do not scream “God is great!”, hoisting a Magen David into the air as they cheat on their taxes.

Irish Catholics have had to fight nasty stereotypes about drinking for hundreds of years. But if one were to drink to excess they would not lift their pint and scream, “In the name of the father, the son, and the holy ghost.”

Any bad acts they commit are done in their own name.

Ben Affleck is doing no favor to Islam by defending that silence. To the contrary, Islam is a great world religion that has experienced centuries of enlightenment and tolerance. We Jews benefited from those epochs, like in Spain in the Golden Age and in Egypt under the greatest of Muslim rulers, Saladin, who appointed a Rabbi, Maimonides, as his personal physician and advisor. Moreover, the Ottoman Turks took us Jews in and granted us sanctuary when we were expelled from Spain by the barbarous and rabidly anti-Semitic Catholic rulers Ferdinand and Isabella, both of whom were canonized by the Church.

But Islam is going through a rough time, with way too many Muslims murdering in its name. To deny that is to stretch political correctness to a corrosive extreme.

Mr. Affleck is correct. They are a minority and the vast majority of Muslims are decent, God-fearing folk. But Muslim clerics worldwide have not risen sufficiently to the occasion of condemning in absolute terms the violence perpetrated in its name.

Here’s an example. When in 1994 Baruch Goldstein, an orthodox Jew living in Hebron, murdered 29 innocent Muslims in prayer in a mosque, he was immediately vilified and condemned by rabbis the world over. I was one of them, even though my house in Oxford, England where I served as rabbi was firebombed the very next day in what police believed was a retaliatory strike. Still, I called Goldstein an abomination to everything Judaism believes. True, some Jewish extremists praised him and even prayed at his grave, justifying his barbarous attack by saying he was preempting another murderous attack on the Jews of Hebron.

Sorry. Judaism brooks no apologies or excuses for murder. The Ten Commandments are clear. You take an innocent life, however justified you may believe your actions to be, and you are an abomination to God.

There was an attempt by some extremists to turn Baruch Goldstein’s grave into a shrine. The Israeli army quickly destroyed it.

Every religion and every community has its extremists. But a faith and a people remain healthy when the overwhelming number of mainstream adherents condemn the violence and radicalism of the extremes.

The Washington Post, in response to Mr. Affleck’s comments, reproduced the results of an extensive 2013 Pew Research study that showed strong majorities of the Muslim populations of countries like Afghanistan, Egypt, Pakistan, and the Palestinian Territories supporting death by stoning for adulterers and capital punishment for those leaving Islam.

In European Muslim countries like Bosnia, and in more secular countries like Turkey, the number of Muslim supporters for this barbarism was near zero.

So there is definitely a problem of Middle Eastern Muslim countries either supporting and at the very least not condemning violence in the name of Islam.

This is blasphemy against Islam. It tarnishes a great world religion. And influential and well-meaning people like Ben Affleck should be condemning rather than diminishing its seriousness.

Shmuley Boteach, called “the most famous Rabbi in America” by The Washington Post, is the author of 30 books, including Kosher Lust: Love is Not the Answer. Follow him on Twitter @RabbiShmuley. 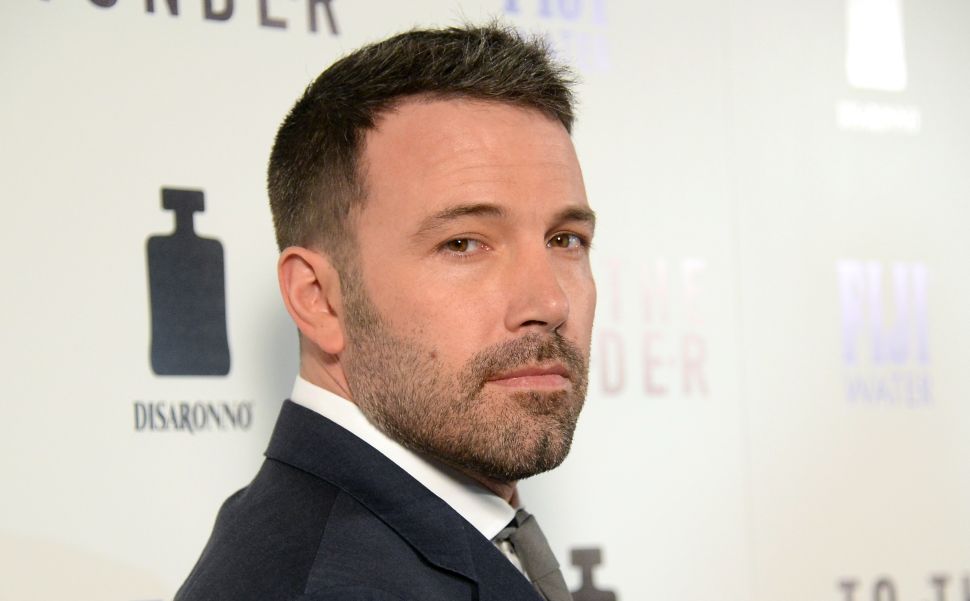