For the last several years, virtually all have assumed that Hillary Clinton will run for President in 2016. Ms. Clinton and her supporters have done little to dissuade people from this notion. In fact, they have done the opposite. Organizations have been created, a standard political memoir was written and the potential candidate herself has remained highly visible both in the media and in person. Nonetheless, there is an aspect of Ms. Clinton’s failure to commit with certainty to the campaign that makes the 1980s Mario Cuomo look positively decisive.

Despite not being an official candidate, Ms. Clinton has all but wrapped up the Democratic nomination. Most recent polls show that more than 60% of Democrats support her over the other possible candidates and that she leads the second most popular candidate, either Vice President Joseph Biden or Senator Elizabeth Warren of Massachusetts by more than 50 points. The Ready for Hillary PAC, a kind of proto-campaign organization, has raised and spent millions of dollars, far outpacing the campaign organizations of other Democratic candidates. Many high profile Democratic leaders, as well as various liberal organizations, are poised to endorse Ms. Clinton as soon as she announces her candidacy.

There, are however, a few potential roadblocks between Ms. Clinton and the presidency. The most immediately apparent of these is that despite the likelihood that she could successfully prevent a highly competitive Democratic primary, she would still have to defeat a Republican in 2016. Additionally, like any candidate regardless of resources, organization and experience, Ms. Clinton has a record that has to be defended. In Ms. Clinton’s case her hawkish stances on foreign policy and undistinguished record on economic issues will have to be addressed once she is a candidate. A recent article in Harper’s by occasional Observer contributor Doug Henwood had the unsubtle title “Stop Hillary! Vote No to a Clinton Dynasty,” and sums up the argument against Ms. Clinton well. “What is the case for Hillary…She has experience, she’s a woman, and it’s her turn. It’s hard to find any substantive political argument in her favor. during her career as New York’s junior senator and as secretary of state, she has scarcely budged from the centrist sweet spot, and has become increasingly hawkish on foreign policy.”

Concerns like these are probably not significant enough to cost her the nomination, but could make that process slightly more difficult and considerably less pleasant. The numbers favor Ms. Clinton in a general election, but if  her image is battered in the primary or through a period of sustained substantive attacks in the media, that could change.

Basil Smikle, a New York based political analyst addressed this issue saying that the “party is having a conversation about its direction in a far less public way than the Republicans, but ultimately the results are the same. There is going to have to be some person who can talk to the left and the moderates and say ‘here’s our common ground.’” According to Mr. Smikle, Ms. Clinton could be that person today, but if criticism from the left continues, that could change over before the first primaries occur.

Despite all this, it is likely that Ms. Clinton will run, and that she will have a strong chance of becoming the next president. However, one of the results of her long public almost candidacy, is that no other viable Democratic candidates have emerged. The non-Clinton Democratic names most frequently mentioned are that Mr. Biden, who will be 73 years old when the first primary vote is cast and remains almost humorously gaffe prone; Martin O’Malley, an almost entirely unknown governor of Maryland; and Ms. Warren, who is a progressive darling, but probably not a strong general election candidate. These and other possible candidates are further weakened by not being able to raise real money, secure endorsements or generate media attention because of Ms. Clinton’s possible candidacy.

Mr. Smikle observed that “every other candidate, is doing what they would normally do if Hillary were not in the race. Going around the country, raising money, putting an operation on the ground in key states. They’re just doing it quietly and they’re not going to get the kind of attention Hillary would get.” Significantly, they are also not getting the kind of traction they would be getting if Ms. Clinton were definitively not running. Thus, their work in this regard has not been very fruitful.

The Republicans have their own strong non-candidates in Mitt Romney and Jeb Bush, but this has not precluded a relatively recognized field of potential candidates such as Chris Christie, Ted Cruz, Rand Paul and Marco Rubio from emerging. All four of those candidates have done much more and have made themselves stronger presidential candidates than any non-Clinton candidate on the Democratic side. If Clinton decides not to run, the Democratic candidates will have to scramble to raise money, secure endorsements, raise their national profile and build an organization to catch up with their Republican opponents. This is an unfortunate legacy both of Ms. Clinton’s indecisiveness, but also of the Democratic Party more broadly viewing the 2016 presidential nomination as belonging to Ms. Clinton until she decides she no longer wants it. 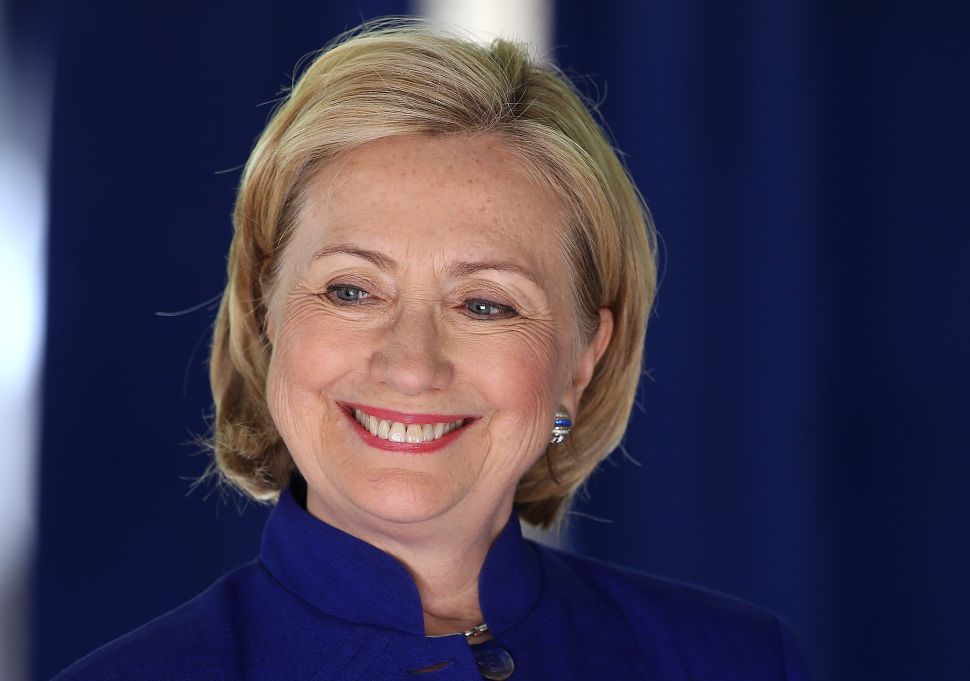