Paul McCarthy’s contribution to the Hors Les Murs section of The FIAC art fair is a 79-foot-tall sculpture installed in the Place Vendome called Tree. But it doesn’t look like a tree at all. It looks like a great big butt plug.

And Parisians in 2014 seem to not like butt plugs! Artnet directed us to a story in Le Monde that reports that an especially angry French person attacked the artist on the street, which seems like a rash response, even if the sculpture is essentially telling the City of Light “Up yours!” But the artist was hit him three times in the face! Mr. McCarthy is a 69-year-old dude!

Some conservative Catholics have also made some sort of complaint, but that’s to be expected. Here’s a hilariously translated bit from the Le Monde article:

It also mentions that Tree is near the Vendome column, which it describes as “the most phallic monuments of Paris.” So there’s that.

But the thing is, France has a long history of exploring full sexual possibility. Or at least French literature does. Let’s examine the evidence.

And there we have it! Parisians, stop complaining about butt plugs. You know you love this stuff. 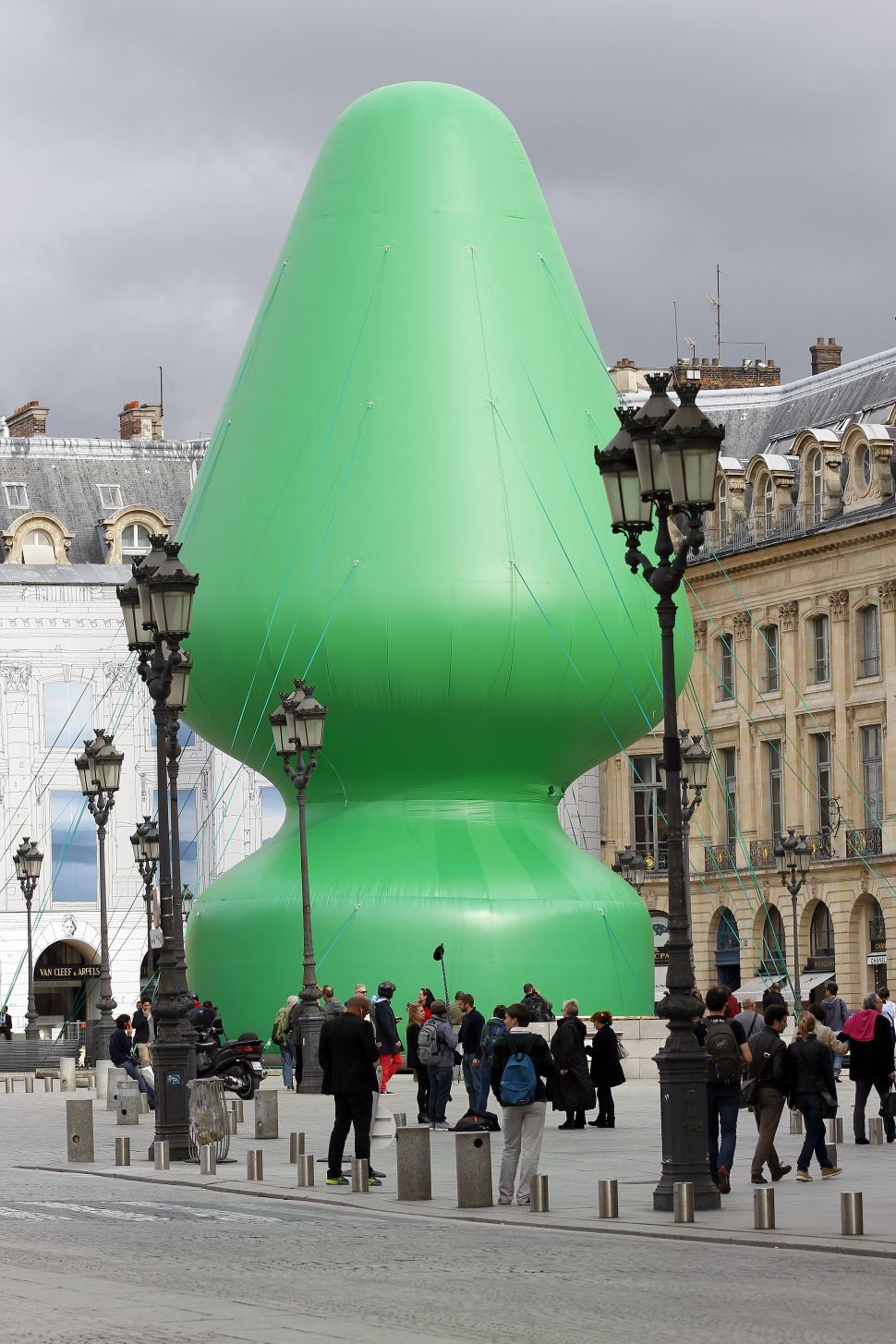