It’s nearly midnight on a Friday, and the Verrazano-Narrows Bridge has all but dissolved into the slate October sky. From the shore of Bay Ridge, its outline is visible only through the slow glow of taillights. Some 190,000 cars have sped between its trusses this evening. For many commuters, the bridge stands as the week’s first and final picture of New York.

Fifty-five years ago, thousands of men were enlisted to build the mammoth structure linking Brooklyn and Staten Island. They came from all over, high on the promise of shaping what was slated to be the world’s longest suspension bridge. In the five years of construction, many of them would straddle beams at seven hundred feet above the harbor. Some would fall to their deaths. And on November 21, 1964, when Robert Moses, architect Othmar Ammann and chief engineer Milton Brumer were honored at the bridge’s opening, none would be invited to stand alongside them.

Gay Talese—then a reporter for The New York Times—sought to tell the stories of the uninvited.

He published The Bridge in 1964, a chronicle of the human drama behind the building of the Verrazano-Narrows. In honor of the bridge’s fiftieth anniversary next month, Bloomsbury is releasing a new edition of Mr. Talese’s work. It features an afterword in which Mr. Talese, 82, updates readers on the lives of the ironworkers he spent five years profiling.

The Verrazano-Narrows is worthy of this second look. Before the bridge, Staten Island was virtually cut off from the veins of the city; in the last fifty years, the borough has grown from its rural base to a population of almost 475,000. But The Bridge demands attention today for more than this context: The work represents a high moment in American literary nonfiction, a time when, according to Mr. Talese, “minor characters could take center stage.”

“All you can really read about today is the public people, the famous people—fame, fame, fame,” he says. Nonfiction writing—particularly the profile—“was once a work of art.”

Mr. Talese pauses to smooth his striped Stefano Ricci tie. We’re seated in the sepia-washed basement of his East 61st Street townhouse. The “bunker,” as he calls it, is his workspace, where he’s crafted such bestsellers as Thy Neighbor’s Wife and The Kingdom and the Power. Shelves run from floor to ceiling, loaded with boxes of files and photographs for every story—and perhaps every memory—of Mr. Talese’s career. As a testament to the depth of the profiles and sketches within The Bridge, its material occupies almost an entire wall.

There’s a case to be made that this “saturation reporting,” as Tom Wolfe coined it, is nearly extinct in the profiles of today. Andrew Ferguson, in a piece for Commentary in 2012, laments the makeup of contemporary celebrity profiles, which “[tell] us lots about the writer, far less about the person being profiled.” It’s an apt criticism when you consider that Mr. Talese and Mr. Wolfe—pioneers of the New Journalism that writers today strain to mimic—rarely touched the first-person when telling the stories of others.

“I do not insert myself into their stories, but I do insert myself into their lives,” Mr. Talese says of his subjects. “But to do that you have to take the time … Reporters are not as much allowed that anymore.” Most cover stories today, he continues, reflect a forty-minute exchange with “the Jay Zs and Mrs. Clintons,” leaving the writer little choice but to fill the space with personal reflections and a series of “I’s.”

David Remnick, editor-in-chief of The New Yorker, echoes the troubling conflation of this process with the term “profile.” In a discussion on the art of the profile with Storyboard, he maintains that “Just having an interview with a person, and writing it up and putting a little color in, is one thing. But a profile, where you spend months, possibly, with somebody, and you write something that has some kind of narrative and characterological dimension and may even resemble a short story, except that it’s all factual—that’s something else. That’s a very hard thing to accomplish.”

For Mr. Talese, this new paradigm has shown that “success and celebrity sells. But it hasn’t done the writer any good.”

So he continues to seek out the “minor characters,” the ones whose stories New Journalism was intended to tell. Characters like Art “Drag-Up” Drilling, a veteran ironworker who jumped from boomtown to boomtown, who maintained that he’d rather “’drag up’ and leave town than work under a superintendent who knew less about bridges than he.” Or Gerard McKee, a young Red Hook native, who slipped off the catwalk and fell to his death on a cloudy October morning.

It’s been fifty years since these moments took place, since Mr. Talese trapezed the length of the Verrazano-Narrows with notebook in hand. But The Bridge remains timeless—a salute to both a standalone moment in New York history and the true scope of nonfiction writing.

Some days, Mr. Talese says, he’ll drive over to the bridge. Just to look.

“Stories can be like these bridges and have a foundation,” he reflects. “They can live, you see. Nonfiction stories can live.” 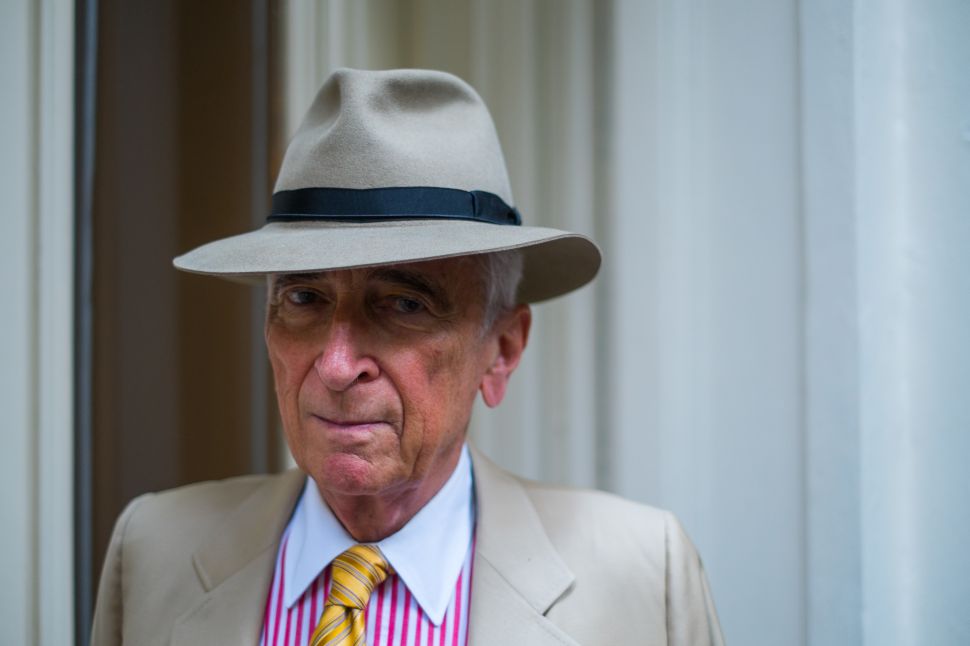