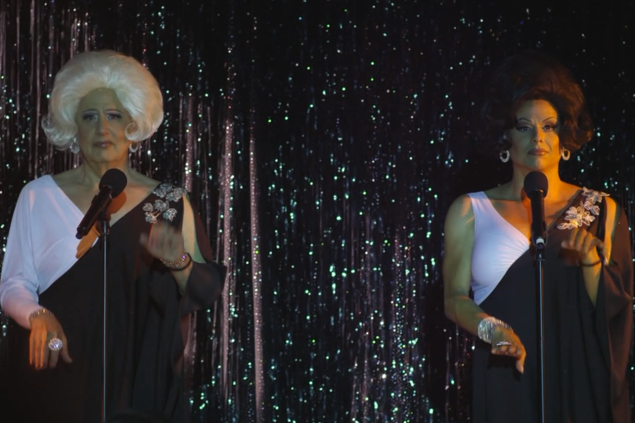 Transparent is such a quality show, that so deftly deals with trans issues as well as the spectrum of human sexuality, that it would not have surprised me at all to find out the writers’ room was an all-female (or female-identified) space. (Although, the lack of diversity in writers’ rooms in Hollywood today, it would have been highly unlikely.) The creator, Jill Soloway, whose father came out as transgender several years ago, has spoken before about the need to have trans consultants on-board during the entire production:

The show itself also features several trans actors, including Ian Harvie and Alexandra Billings, as well as trans production members as well: camera operators and “10 regular trans staff members,” according to The Huffington Post.

In fact, there are only three cis-gendered straight men on Transparent’s writing staff, and I had the chance to speak to two of them–writing partners Micah Fitzerman-Blue and Noah Harpster–on Tuesday about their education in this new kind of writing environment. (Mr. Harpster also plays a role on the show: Francis the security guard.)

“It was unlike anything Micah or I had experienced before,” Mr. Harpster said. “We’re not used to being the only guys in a room. And it’s not like I’ve ever been pegged as a lumberjack, super-masculine kind of guy.” But in a show where “masculinity” is embodied by hipster middle son Josh (Jay Duplass), maybe that shouldn’t come as much of a surprise. And on a twist of the usual gender politics, it was the self-identified women in the room who were leading the charge in the frank discussion of Transparent’s many, many sexually explicit scenes.

“There were times when everyone would be discussing a sex scene, and we (Harpster and Fitzerman-Blue) would want to go hide under a table,” Mr. Fitzerman-Blue admitted. “Like we were little kids.”

“Noah once pointed out that during one session, my ears were bright red,” laughed Mr. Fitzerman-Blue.

Despite the occasional uncomfortable moment, the men consider the writers room of Transparent to be an incredible learning experience, one which, unfortunately, is a rarity in the male-dominated industry.

“Writers’ rooms can feel really competitive, with everyone competing to get their pitch in the script,” said Mr. Fitzerman-Blue. “But with Transparent, everyone came to the table with this supportive attitude. Like we were in this together.”

“We’re really in the hands of Jill Soloway, and you know, she learned from Alan Ball,” he continued. “So it felt like a very safe, very open environment, where we were encouraged to ask questions and be curious.” The very first day the group met–all the writers and the assistants for the show, including Soloway’s own sister, Faith, a writer–instructed everyone to spend the first 20 minutes just introducing themselves to people they didn’t know.

“And by the end of it, I’m not kidding, everyone in the room was in tears,” Micah said. “It was this intensely emotional experience, and intimate. So much of the show was mined from personal experiences, and that meant getting comfortable with people very quickly.”

In the Pfefferman clan, patriarch Mort has decided to come out to his children as Maura, and moves out of his house to a more trans-friendly community so he can live his life as a woman. But the show isn’t just about Mort’s transition. As Jezebel writer Christine Friar pointed out “…all of these characters are struggling with loneliness, sexuality, the reality of the choices they’ve made over the years. All of them are feeling the weight of their potential selves pressing on their shoulders while they’re floundering in the present. Maura’s not separate, not different, not foreign in her transition. It’s what makes her the same. A woman. A Pfefferman.”

That fits with the accounts of Fitzman-Blue and Harpster, who claim that only a quarter of the time was spent with the writers discussing the Mort-Maura dynamic.

“This is a show that’s really about a family, a family with a secret,” Mr. Fitzerman-Blue said. “And that’s something everyone can relate to.” Consider the scene in episode 7, where Maura’s children attend her Trans Got Talent show, only to devolve into a fit of giggles and have to leave during her performance of Gotye’s “Someone That I Used to Know.” Although the scene–Jeffrey Tambor in drag, glitter and a blond wig, karaoke-crooning along onstage–could have been played for laughs on another show, on Transparent the moment is portrayed as both liberating and heartbreaking. (This show, more than any other, aches in a way that real life aches.)

“That scene is really about Maura’s children letting her down,” Harpster said. “But at the same time, you can relate…you don’t need to have a trans parent to get it. Everyone’s been embarrassed by their parents at one time or another. And if you see them perform ever, you end up getting what I call the “church giggles.”

Two years after I graduated college, my mom called me up and asked me to come to Delaware, where she was performing in the college’s stage reading of Eve Ensler’s The Vagina Monologue. I don’t know if “traumatizing” sounds like too strong of a word for what my mother obviously saw as a teachable moment about sexuality to her daughters, but I never got over it. I can’t even access that memory (yes I can), it’s locked too far down (nope, there it is), and I’m just going to stop thinking about it (oh god the part where she talked about her “flood”…please, make it stop!)

This is all to say that when I first approached Transparent, I worried that it would be inaccessibly issue-driven. That, in talking about it, there wouldn’t be a “safe space” for those of us who enjoyed it and wanted to know more, but stumbled over the language, forgot correct pronouns. But what Soloway, and Harpster and Fitzerman-Blue and the rest of the amazing cast and crew of Transparent reminds us: it’s not Maura’s sexual exploration, and her children’s equal parts awe and embarrassment over her bravery, that makes the Pfefferman’s different. It’s what makes them just like everyone else. Like me. Like us. 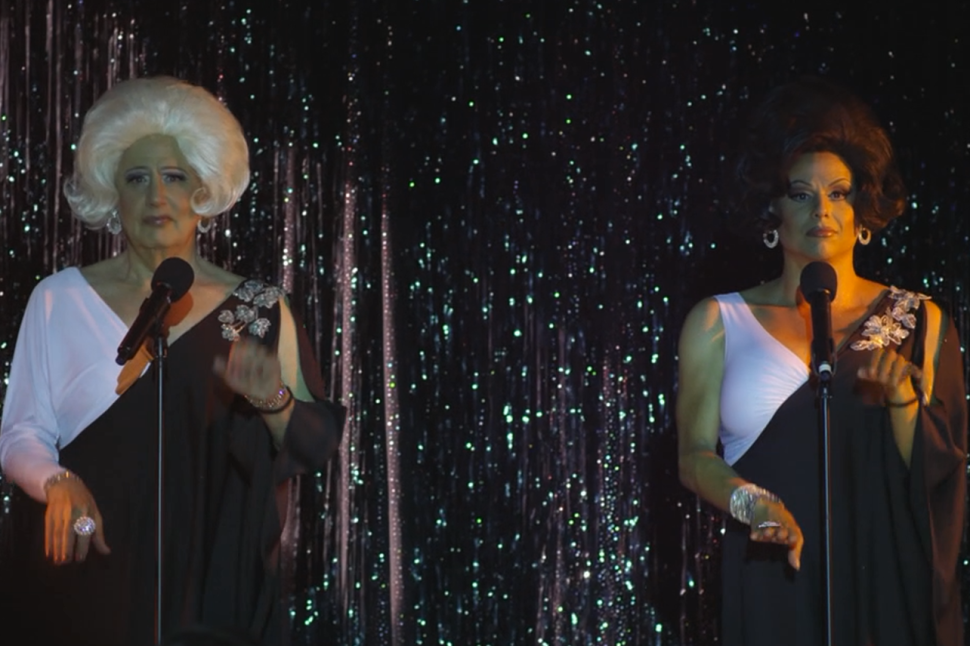