Alright, alright, bad news out of the way first. That whole ‘chances of an AHS appearance’ thing up there? The chances are not good.

I caught up with Zachary Quinto, Star Trek’s newest Spock and producer of The Chair on STARZ, at The New York Television Festival’s screening and panel for The Chair. And yeah, rough news Dr. Thredson fans.

“I have no plans, and I’ve had no conversations with them about returning,” Mr. Quinto told me. “For now I’m content to just be an audience member. I do think this new season is dynamic and bold but, yeah, I don’t think so.”

But that doesn’t mean Mr. Quinto isn’t hard at work during this bust time for television. He serves as co-executive producer and mentor on The Chair, a competition series in which two people – one a Youtube star and the other an NYU screenwriting student — set out to make their own separate movie based on the same script. A unique idea (even if it is from the same producer of similar but not-quite-the-same series Project Greenlight), and the show has been genuinely fascinating throughout its first seven episodes. Just, please, next time you’re talking to Zachary Quinto, don’t call it a reality series.

“I consider The Chair a documentary series, frankly. There’s very little manipulation and producurial interference on our show,” Mr. Quinto said. “So I think there’s a distinction to be made, first of all, between reality shows and documentary series.It may be a little esoteric but I feel that way anyway.”

Documentary v. Reality aside, shows like The Chair are proving they do have their place in the modern television landscape, in which groundbreaking scripted dramas and immensely popular comedies are breaking records every single time they’re on the air. Mr. Quinto chalks this up the changes not only in the shows themselves, but in how audiences assimilate them.

“The landscape of television has radically changed and evolved in the last decade, if not a little bit longer,” Mr. Quinto said. “The number of platforms that people can access and digest their current creative content has exponentially increased. “It’s an uncertain time, but also a ‘full of potential time.'”

And no city is feeling full of television potential more than right here in New York. In the past few years, more writers rooms and productions have come East than ever before, with high profile shows like GIRLS, Gotham and Marvel’s Daredevil for Netflix currently shooting on sight in the city.

“New York has never been busier than it is right now. There’s more shows filming in New York that have ever been filmed in New York,” Mr. Quinto said before rushing into a panel with Chair producer Chris Moore and star Anna Martemucci. “It’s awesome, I think. It’s really incredible to finally be using this city, which is so vital.” 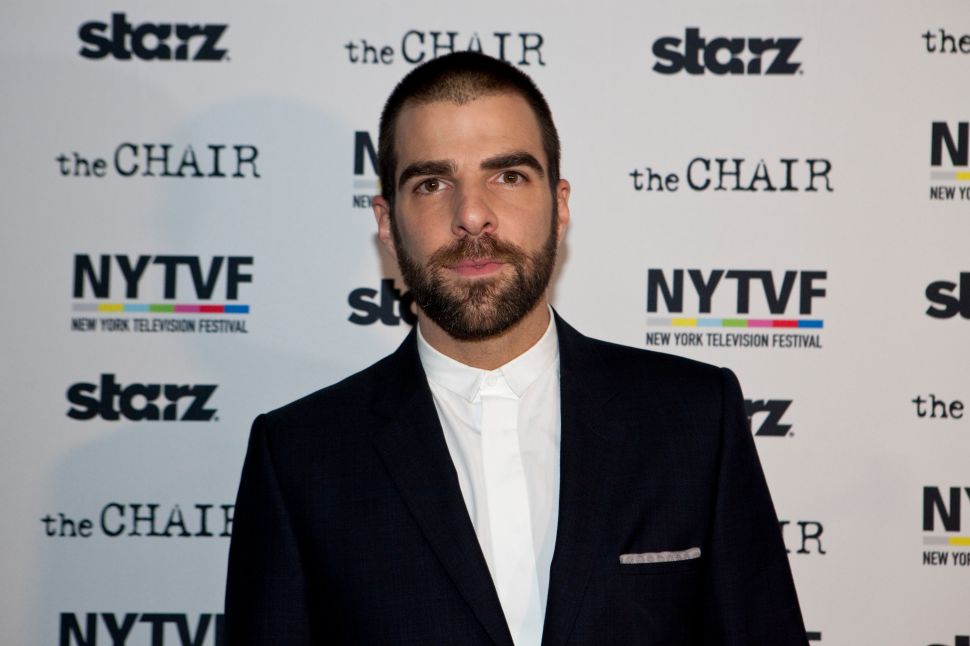