Over a century’s worth of Italian coffee and sweets have passed over the counter at 176 First Avenue, making De Robertis Caffé an East Village stalwart. Now, Bedford + Bowery reports that the downtown cafe, where four generations of the De Robertis family have welcomed customers, will officially close on December 5.

According to the site, “along with the economy, the age and health concerns of the four De Robertis siblings played a part in their decision to sell the building.” John De Robertis, whose grandfather opened the pasticceria in 1904, told Bedford + Bowery of the number of movie scenes filmed at at De Robertis, “Woody Allen did a scene from Manhattan Murder Mystery. Addicted to Love was filmed here. Spike Lee did a scene from Malcolm X. They did the first episode of Sex and the City here.”

But its customers care more about the cafe’s comfortable atmosphere than it’s movie credits.

“I’m having a sign made up, I’m going to put it in the window. We’re going to thank all our patrons for their loyalty, for making us successful for 110 years. The people were the reason why we’re here. I learned from my father and mother: “Always give quality – people come back.”

The building has been for sale, with a price tag of $12 million dollars, since June 2013, but the basement cafe was only recently added to the listing. Those wanting to satisfy their cannoli cravings should visit the De Robertis before the ovens turn off and the coffee goes cold. 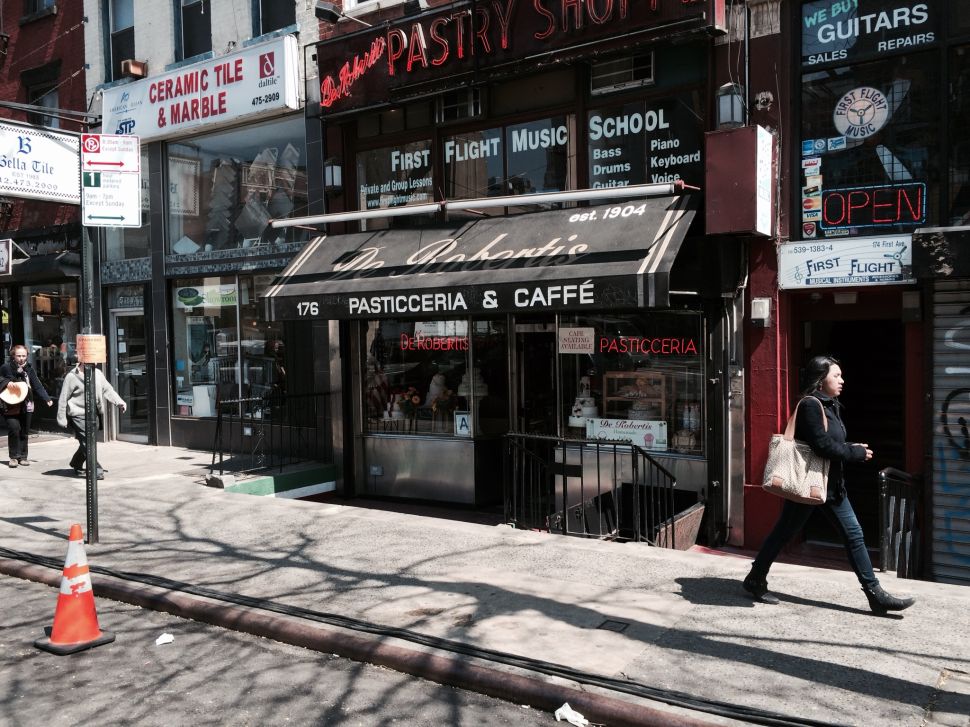