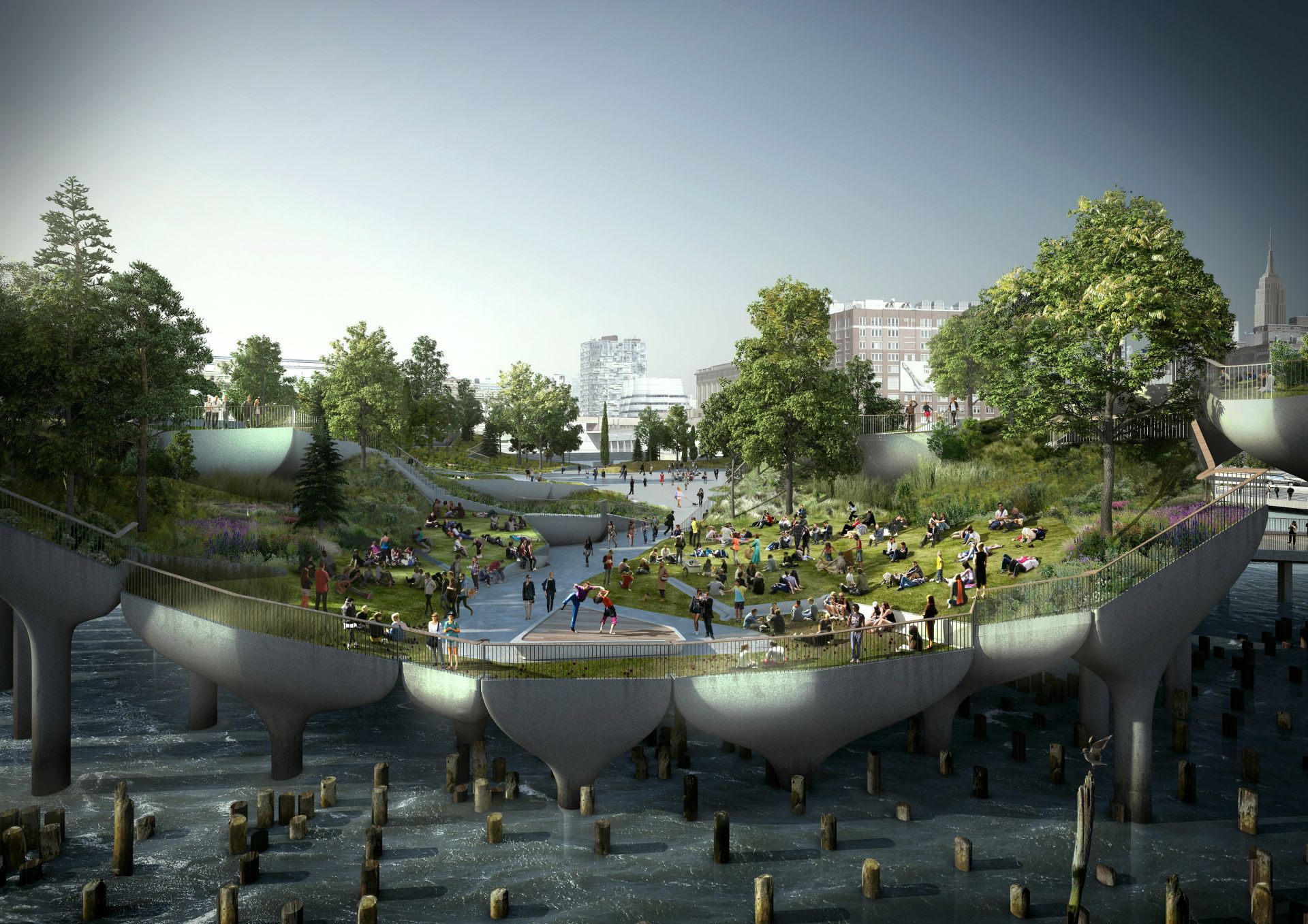 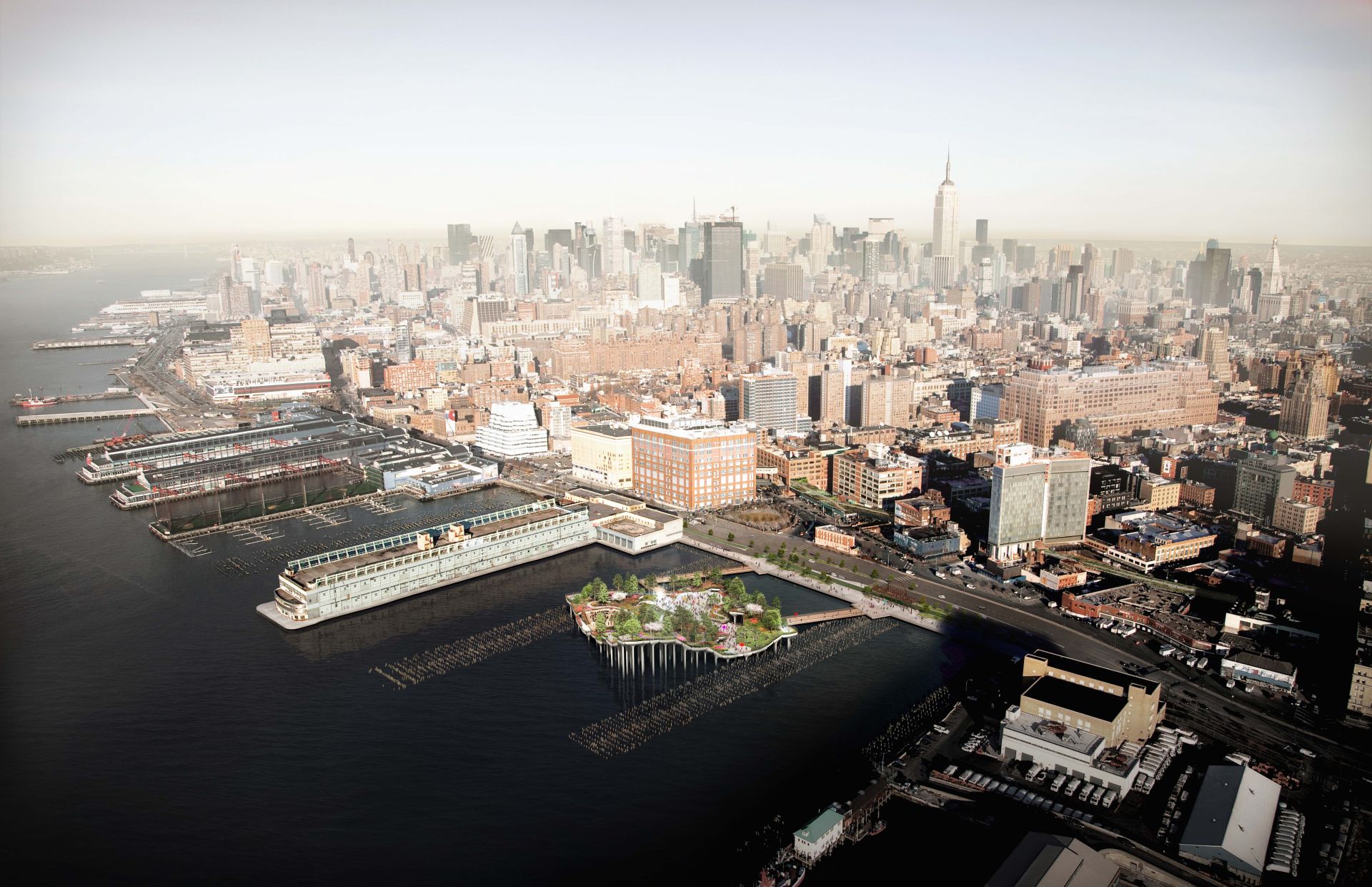 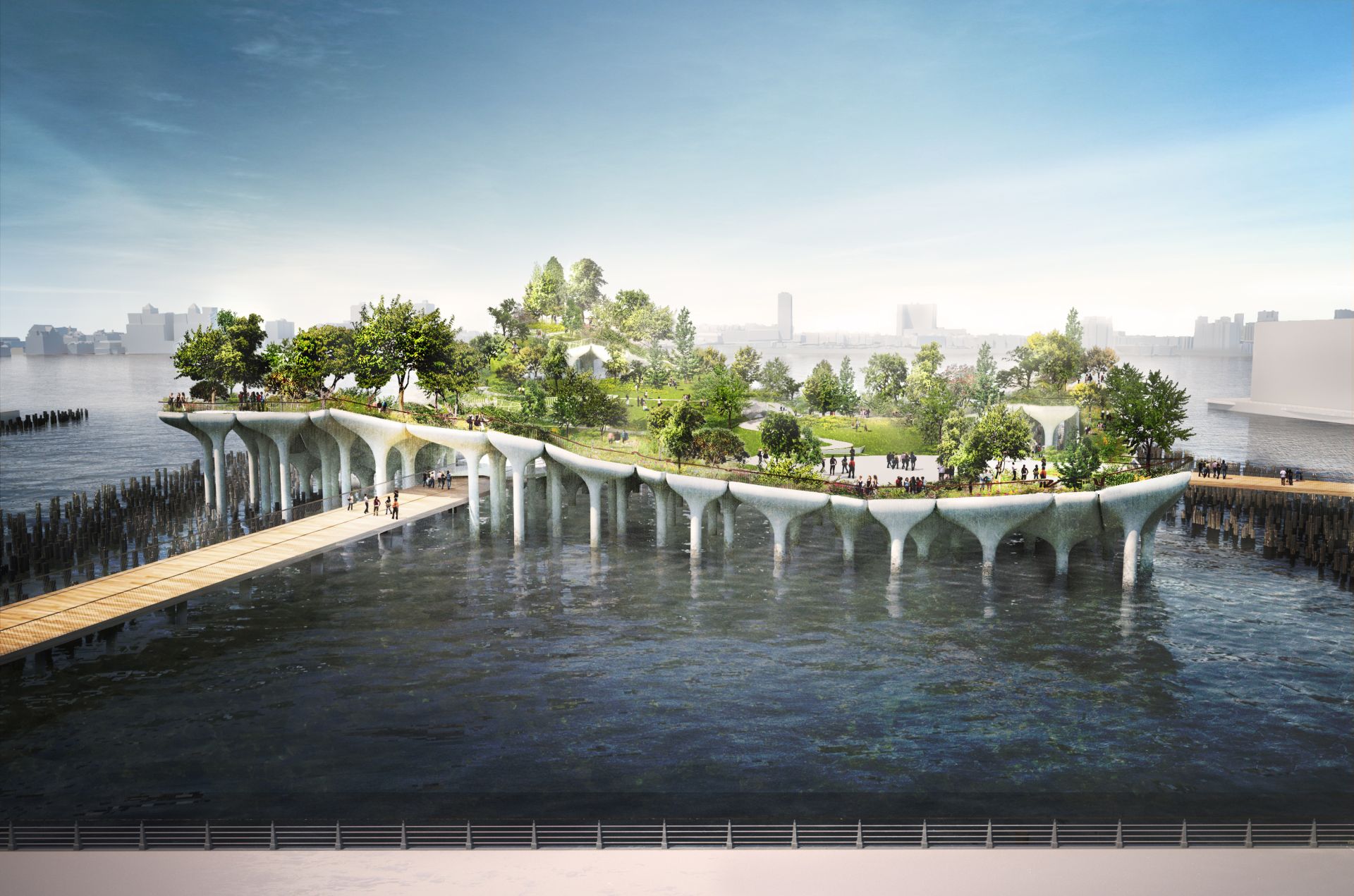 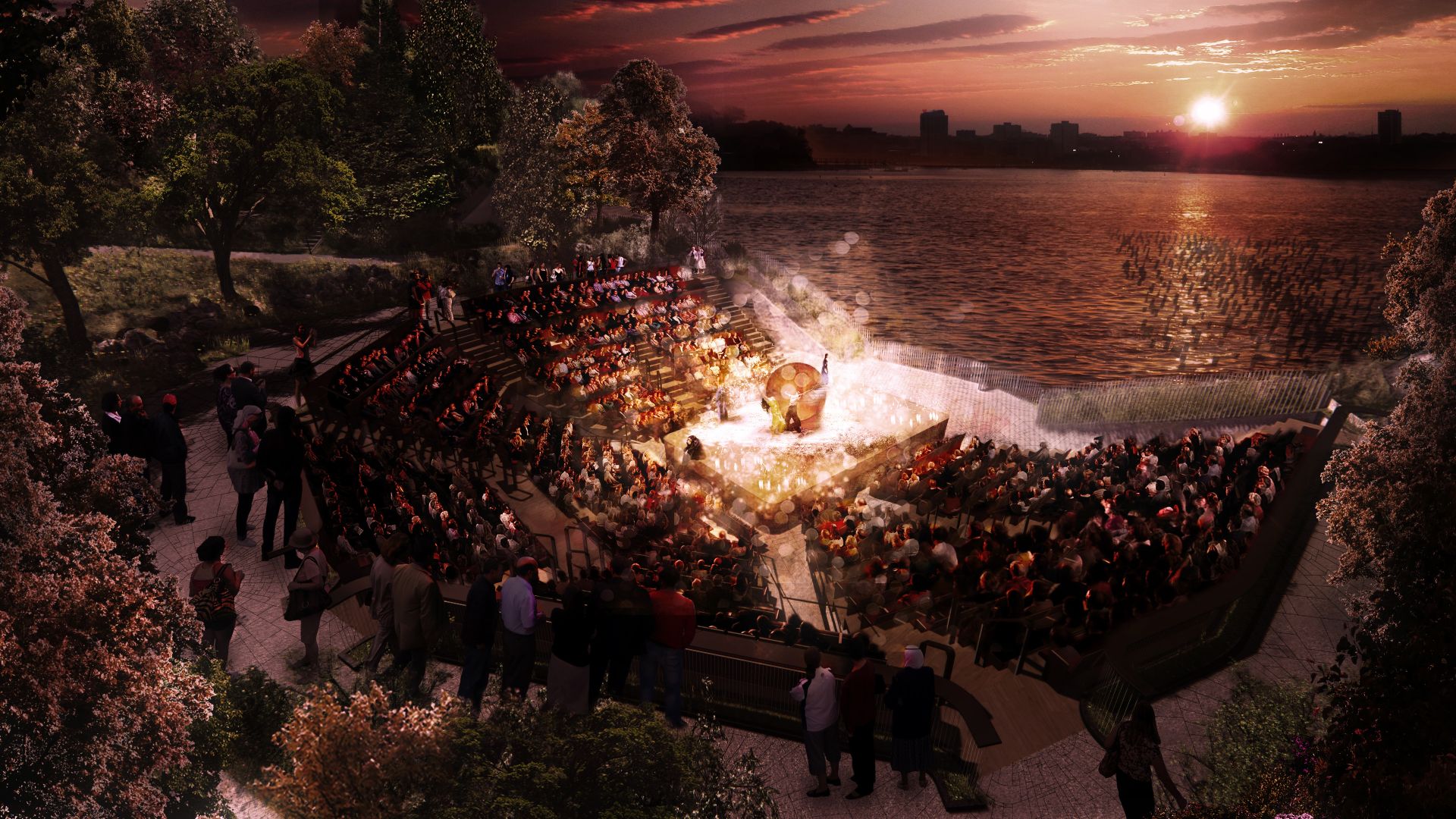 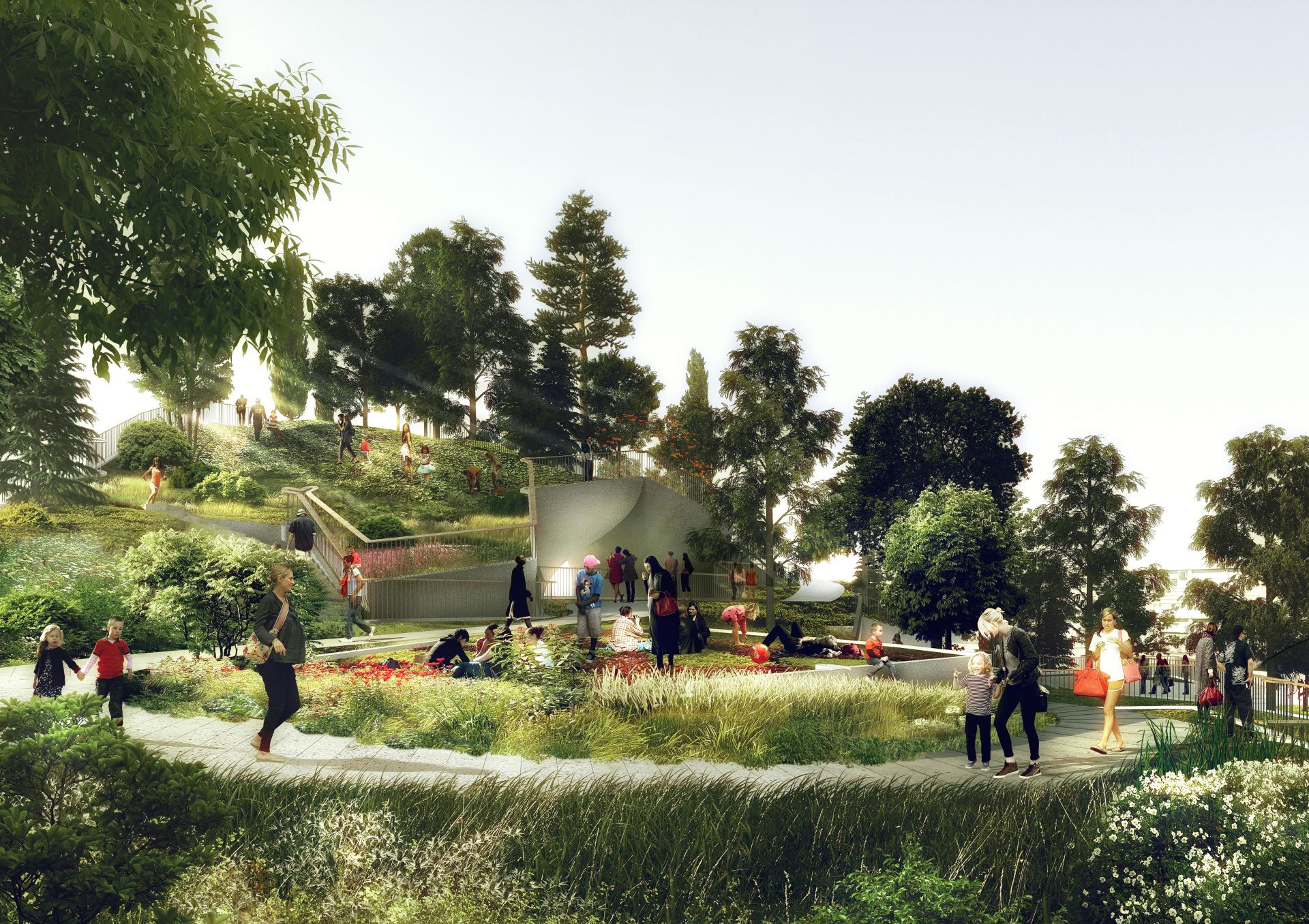 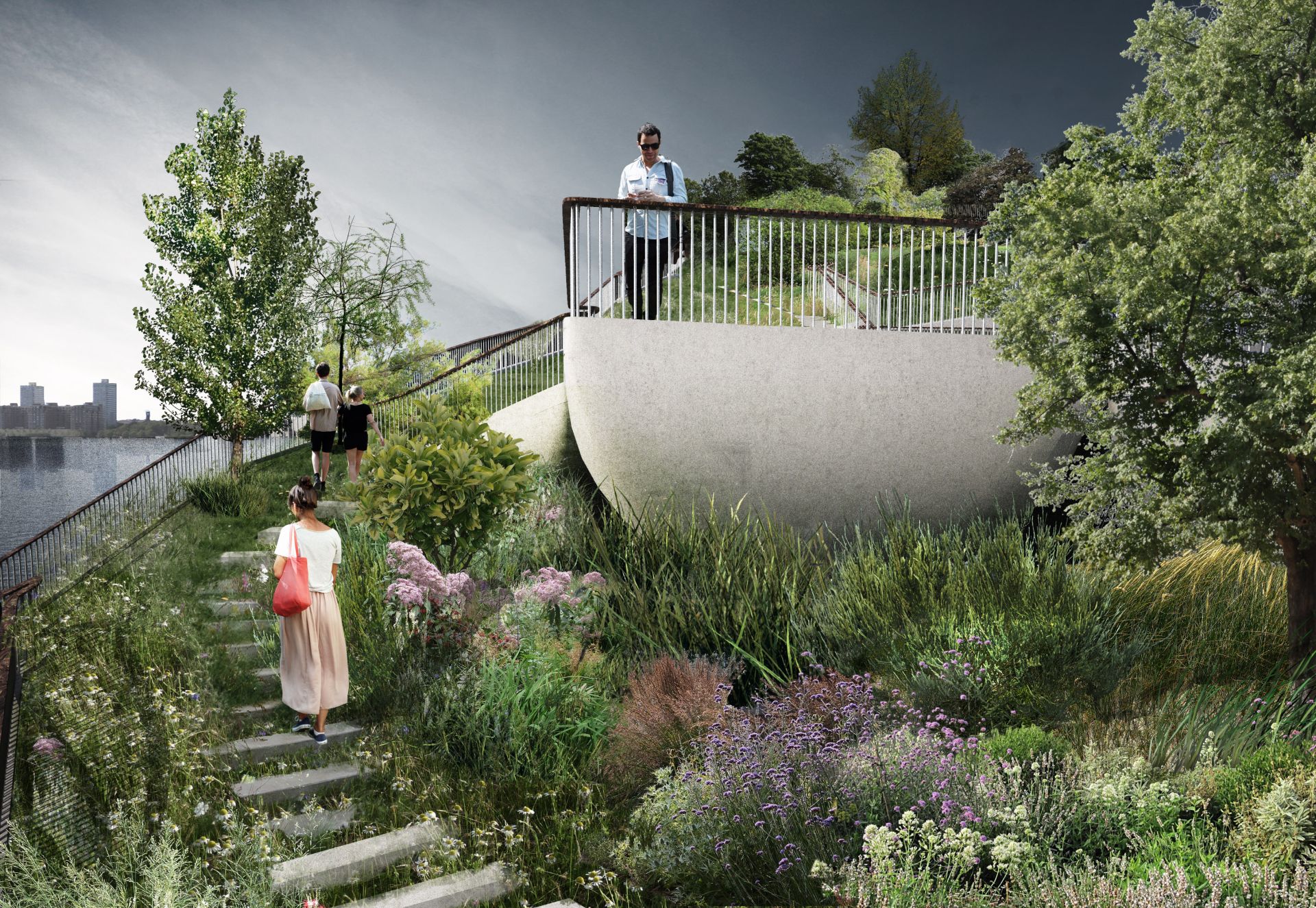 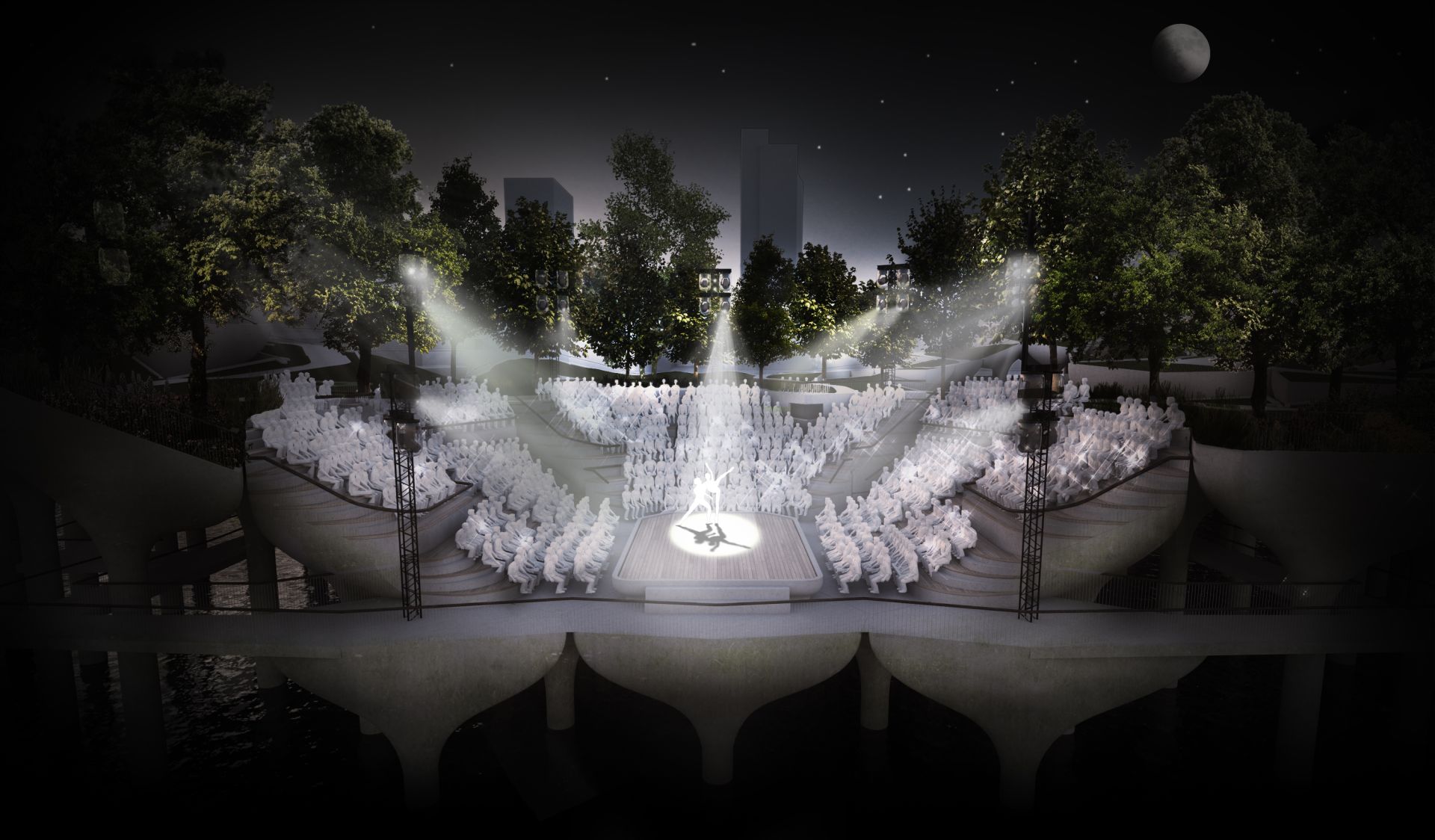 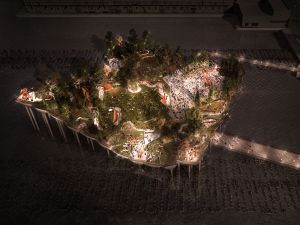 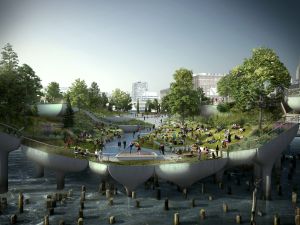 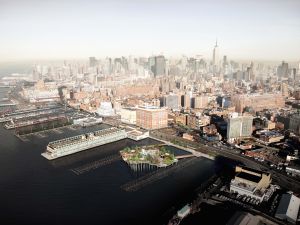 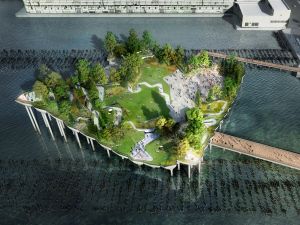 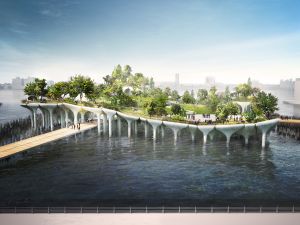 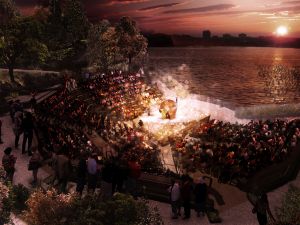 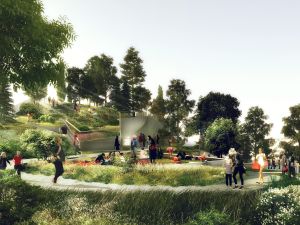 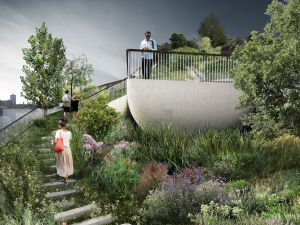 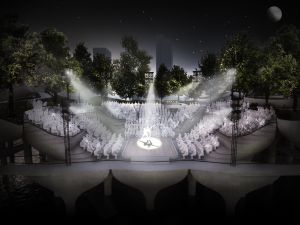 “New York has always reminded me of Venice, so I am happy the time has come to properly honor its waterways,” said Diane von Furstenberg. “What better than a park on the city’s western bank to rest, watch a sunset or a performance?”

Construction of the 2.7-acre pier is expected to begin in 2016. The project will replace the deteriorated Pier 54 and be funded primarily by the Diller–von Furstenberg family, which has established a new nonprofit, Pier55, Inc. (P55). The City of New York will contribute $17 million. Separately, New York State will provide $18 million for the construction of an expanded public esplanade that will run from Bloomfield Street to 14th Street.

“We decided early on that the programming for the park–and the design of the park itself–should be ambitious in every way,” said Mr. Diller. “We felt we should primarily commission work from artists of every variety–from world renowned to local New York City talent.”

Some of those big names include Scott Rudin, Stephen Daldry, George Wolfe and Kate Horton.

Since 2011, the Hudson River Park Trust (HRPT) has sought to redevelop the area for flexible park use. Madelyn Wils, president and CEO of HRPT said the project moves the organization closer to fulfilling its mission of creating “a self-sustaining park.”

P55 will build and operate the pier in cooperation with HRPT. Under a 20-year lease, P55 will fund the programming, operations and day-to-day maintenance of the pier, including landscape, lighting and other park amenities. P55 will oversee all of the pier’s programming while HRPT will maintain the park as it does all of the public piers in Hudson River Park.

“We are so lucky as a family that we get to do this,” said Mr. Diller. “If the Pier when completed is anywhere as much sheer fun, strife, stimulation and joy as it has been conceptualizing it … then it will exceed my wildest expectations.”

The proposed lease must be approved by the HRPT Board of Directors. Prior to that vote, HRPT will undertake a mandatory 60-day public review and comment period, during which it will post the draft lease and other materials relevant to the project on its website. The project will also be presented at a December meeting of Community Board 2.

The proposed park, it seems, is so far receiving a far warmer welcome than recent Lowline pipe dreams.