With all the upheaval in Elizabeth tomorrow, Assemblywoman Annette Quijano (D-20) could be vulnerable in the aftermath, sources

Expected to be victorious in a walk-over sheriff’s contest tomorrow, Assemblyman Joe Cryan’s (D-20) departure from the LD20 ticket could leave Quijano scrambling to find support.

He very likely won’t be there anymore to offer that, a deprivation the team will have to make up for elsewhere.

Sources have told PolitickerNJ that Cryan’s successor is likely to be Roselle Mayor Jamel Holley, who has worked hard to develop his own base in his hometown after years of local firefights.

Holley looks to maintain control of the council in tomorrow’s election, and offer the added organizational gift of disposing of Donna Obe, the local school board member who ran against Lesniak in 2013.

Whether Quijano – a policy nerd and attorney with little grassroots organizing chops – will be sufficiently strong to support the Latino portion of the ticket going forward in LD20 may be the sticking point in Cryan’s absence.

After tomorrow’s expected bloodbath and in the event of a victory by the team backed by Mayor Chris Bollwage and state Sen. Ray Lesniak (D-20), it is unlikely Lesniak would empower those surviving pieces of the organization otherwise known as the Elizabeth Board of Education.

Don’t look for a deal to be cut between the Lesniak wing of the party and veteran BOE ally Councilman Carlos Cedeno, a source close to the action insisted.

Too much past agony.

Too many offenses racked.

If Quijano holds fast she could survive.

But if her end of the operation doesn’t distinguish itself, or if Fajardo and company win in a test drive election ahead of 2015 with the wrong results for the establishment, the assemblywoman could end up on the chopping block.

Someone with a city-rooted base could emerge to supplant Quijano, although it is not a done deal at this time, sources say.

What happens next hinges on the election’s outcome… 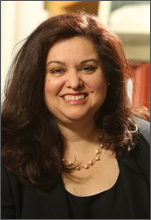