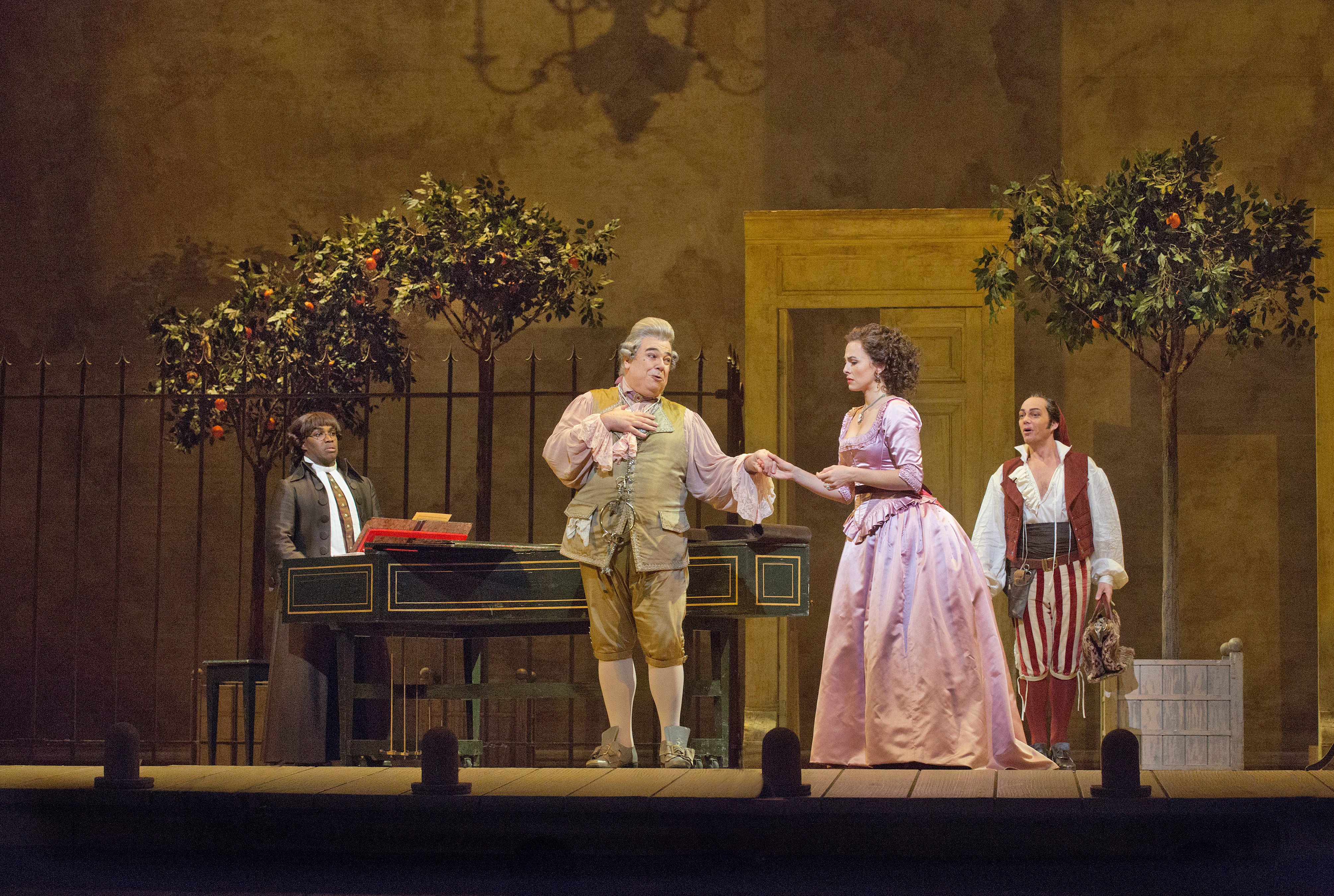 Are we really only two months into the Met season? After acrimonious union negotiations that threatened to shutter the company, music director James Levine’s first opening night in four years, Anna Netrebko’s coruscating Lady Macbeth, the first night of Death of Klinghoffer disrupted by protesters, and, lately, a rash of star cancellation, it seems like it should be April already and we should be preparing to put the season to bed.

Amid the disarray, it’s tempting to return in nostalgia to the optimistic first days of Peter Gelb’s regime as general manager in 2006. Everything looked so rosy then, in particular the new productions rolled out in the first months: Anthony Minghella’s sleek, romantic Madama Butterfly and Bartlett Sher’s crisp, witty Barbiere di Siviglia. Sadly, in subsequent years Mr. Sher has never managed to recapture the magic of that Rossini staging (perhaps he’ll have better luck with Verdi’s Otello next season?) but it’s pleasing to report that the Barbiere, which returned to the repertory last week, retains its sense of bubbly, unforced fun.

If anything, the show has grown calmer over the years; this time around, it feels positively Mozartian. Responsible for this level of finesse is conductor Michele Mariotti. Though he is not yet 35, his taste is that of a veteran maestro. The whirling melodies of the overture usually sound like nervous giggles if not downright belly laughs, but at this performance Saturday afternoon, the effect was of a warmly amused smile. Throughout the score, Mr. Mariotti highlighted minuscule details—a tiny curlicue on woodwind or a tart string tutti—without losing the broader sense of forward movement, and always closely supported the singers.

This group needed a bit of help since their voices were not exactly assertive: you had to sit forward a bit and listen attentively. Best was bass-baritone Maurizio Muraro in the role of Doctor Bartolo, the fussbudget parent figure. This is a “buffo” part, which means it often gets assigned to a voiceless ham, but Mr. Muraro is the opposite of that, a full-voiced artist who acts with subtlety. The main theme of Bartolo’s aria “A un dottor della mia sorte” is an andante maestoso march with swinging dotted rhythms, the sort of melody that in a serious opera might accompany the entrance of an emperor. In Mr. Muraro’s majestic performance, one could hear the character’s self-deception: though he’s in reality a fuddy-duddy, in his own mind he’s eminently regal.

As his opponent, the scheming barber Figaro, Christopher Maltman parlayed a dry-ish baritone into a star turn in a high-energy performance, reacting to everything around him. He’s an unusually handsome and youthful-looking performer of this role, which made perfect sense of this production’s conceit that Figaro travels with a gaggle of groupies. At the other end of the scale was Paata Burchuladze as the wily music master Don Basilio. This bass was widely regarded as the next big thing back in the 1980s, a huge golden-age quality voice, but now all that is left is a tired wobble and no comic timing to speak of.

The “young lover” characters were problematic, charming but less than imposing vocally. Isabel Leonard looks like an Italian film starlet from the 1950s as Rosina, and her mezzo is warm and evenly produced. But there is no sparkle in the singing, no sense of fun, and, worse, the fastest coloratura riffs were smudges and suspect in pitch. Opposite her, tenor Lawrence Brownlee tended to get swamped in the ensembles and even in solo passages when the orchestra reached a mezzo-forte dynamic. The timbre was attractive from close up, as on the occasions when he ventured out on to the “passerelle” ramp extending past the orchestra pit, but the exciting quality opera buffs call “ping” was missing. Even though he sang with laudable accuracy and verve, the bravura final aria “Cessa di piu resistere” won only polite applause.

Together, Mr. Brownlee and Ms. Leonard took good taste a step too far: their scenes felt positively dowdy. Maybe that dutiful quality is a function of their American conservatory training, a system that turns out the most musical singers in the world, but not necessarily the most entertaining. Last week, Ms. Leonard’s alma mater, the Julliard School, presented a revival of another Rossini opera, Il Turco In Italia, which further suggested that performances by U.S.- trained artists sometimes lack a certain joie de vivre.

Turco is a lot less well known than Barbiere, and for good reason: while a lot of the music is top-drawer Rossini, it’s festooned over a stupid and half-hearted plot. Sexy spitfire Fiorilla, married to the old foof Geronio, flirts with the Turkish sultan Selim who’s visiting Naples. Confusion, if not hilarity, ensues, and eventually Fiorilla, suitably chastened, becomes a devoted wife.

With so little story, the opera depends on star personalities: Fiorilla was one of Maria Callas’ first successes. At Juilliard, the part was assigned to Hyesang Park, a young soprano with a bell-like tone and easy coloratura facility; as a bonus she looked smashing in chic resort wear like something Audrey Hepburn might sport on the Côte d’Azur. But nothing in her singing or movement suggested a sophisticated vixen. She might as well have been playing Gigi.

Similarly, bass-baritone Michael Sumuel, a professional ringer in the part of Selim, sounded tentative and might as well have been invisible so far as stage presence went. Though there were some fine performances in smaller parts—notably the bright-voiced bass Daniel Miroslaw as Geronio—this Il Turco added up to a star vehicle without stars, a big nothing, in fact.

Speranza Scappucci’s leadership of the student orchestra was more steady than scintillating, but better that than the fussy dithering that passed for stage direction by John Giampietro. The whole event felt dutiful, and when you’re talking about Rossini, that’s a dirty word. 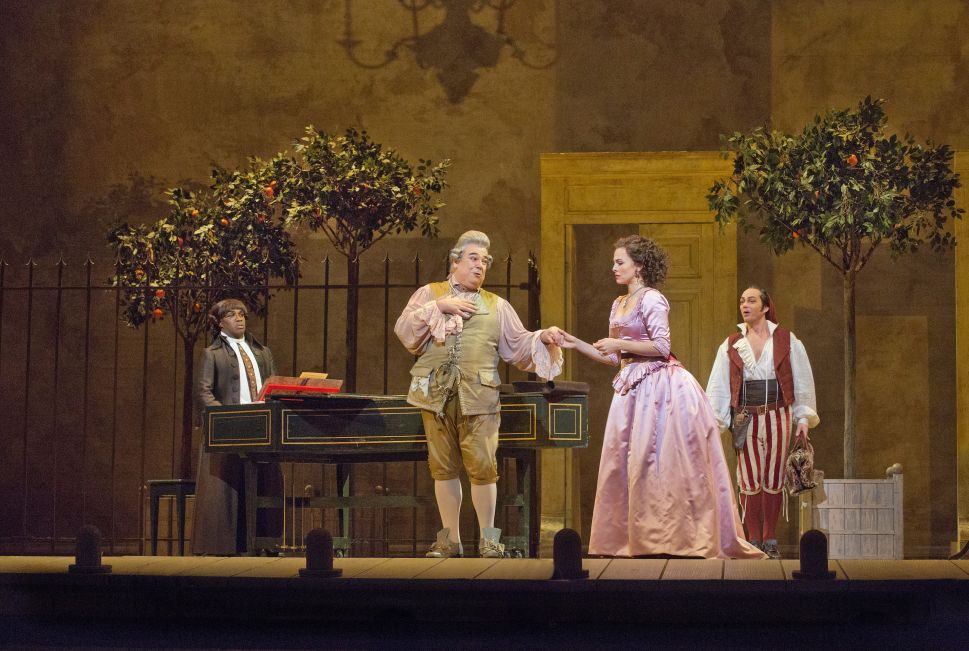