Switch up your bundled-up fall look with Lanvin’s ostrich-feather embellished, rabbit-felt riding cap. In Europe, oddly shaped hats are all the rage this season, and this one is part couture, part-Austro-Hungarian count. When  Alber Elbaz sent his models out in these wispy creations, the feathery fronds blew about beautifully in time with their haute-y struts.

On a blustery day, this $1,590 topper will cure chilly-season sartorial fatigue and inject a dash of jaunty, regal flair instead. 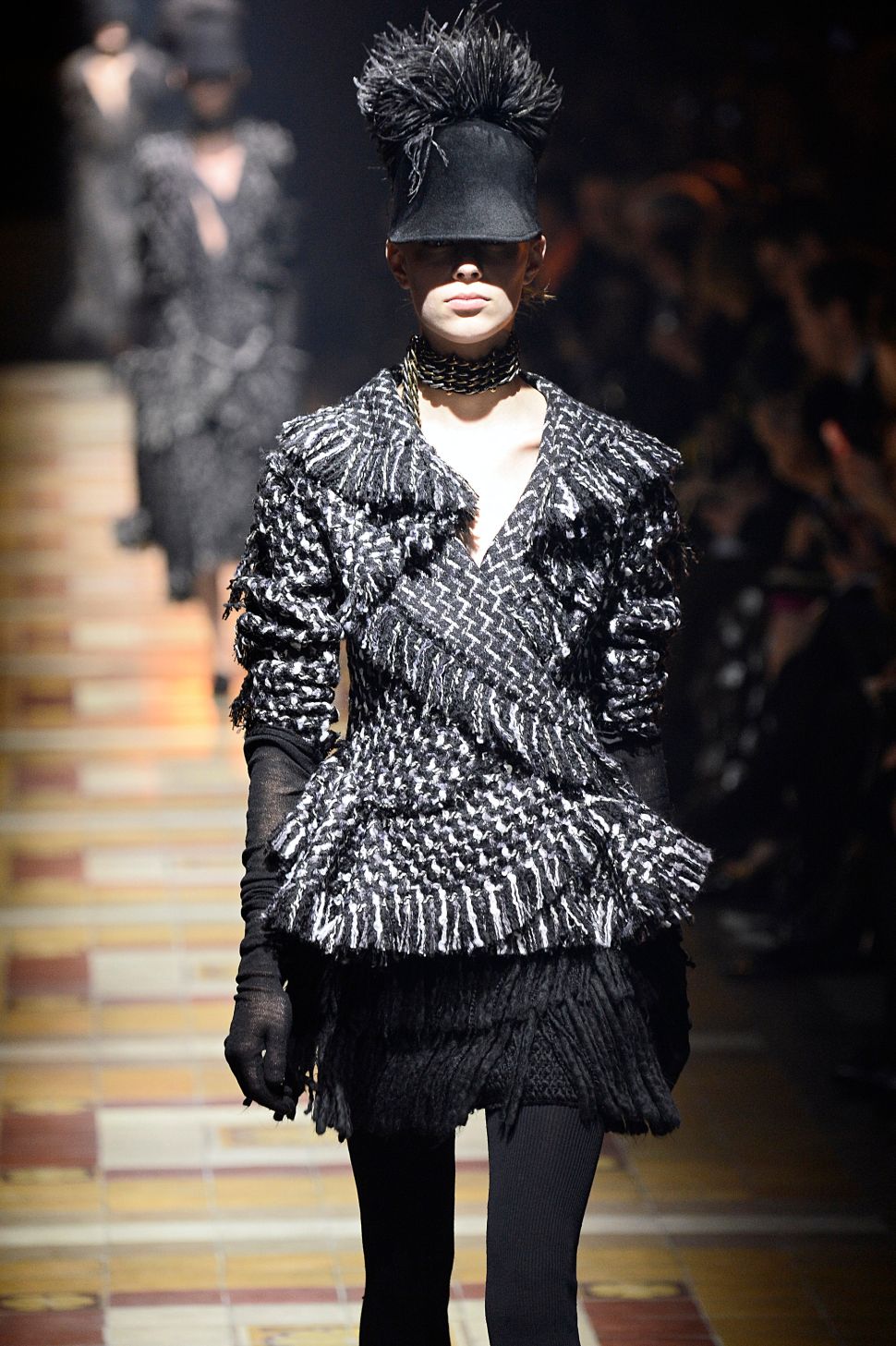