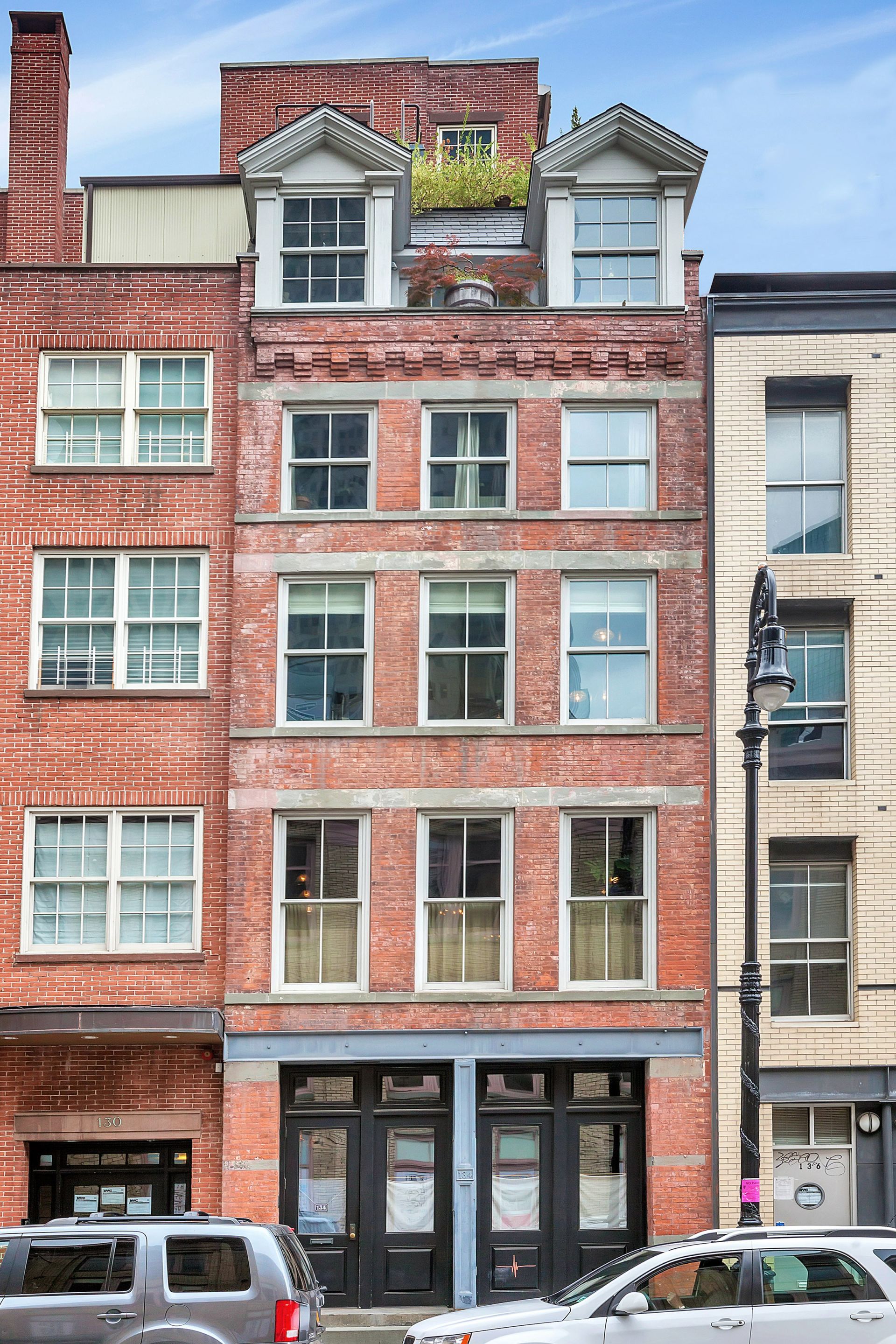 The exterior of 134 Beekman may be buttoned up in the fashion of many townhouses... (Scott Wintrow/Gamut Photos) 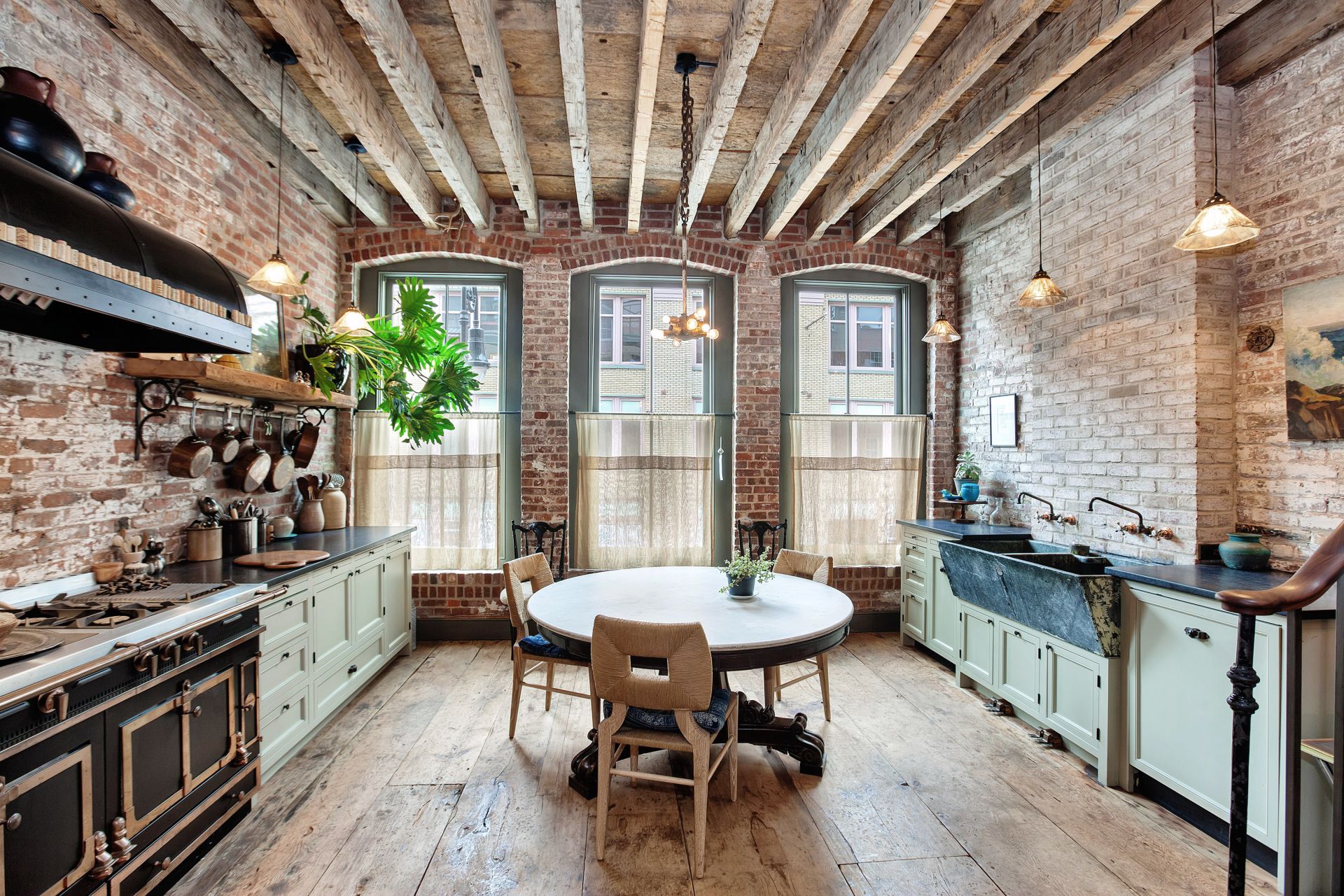 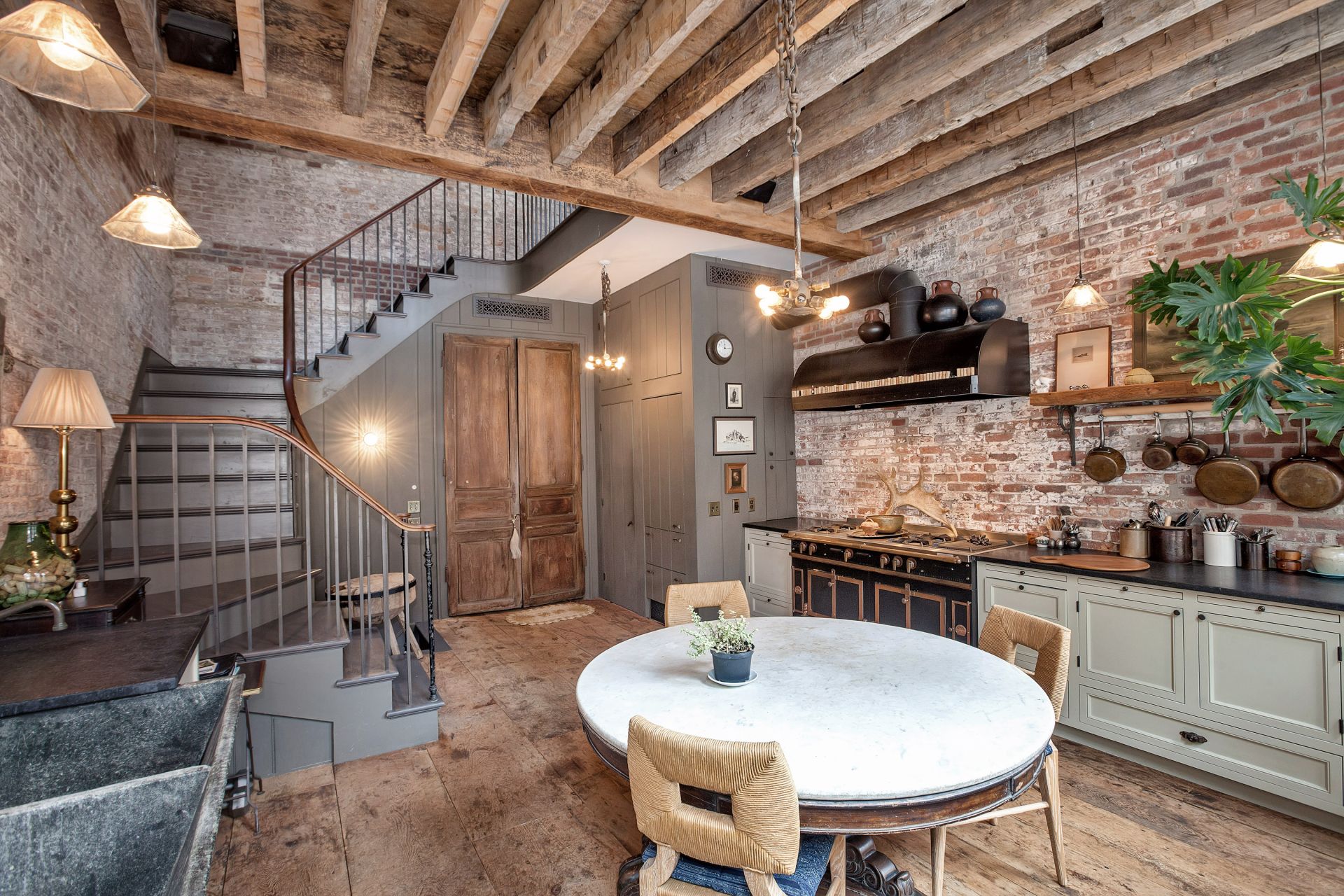 A kitchen filled with modern conveniences, for instance, that hides all the unsightly stainless steel details. (Scott Wintrow/Gamut Photos) 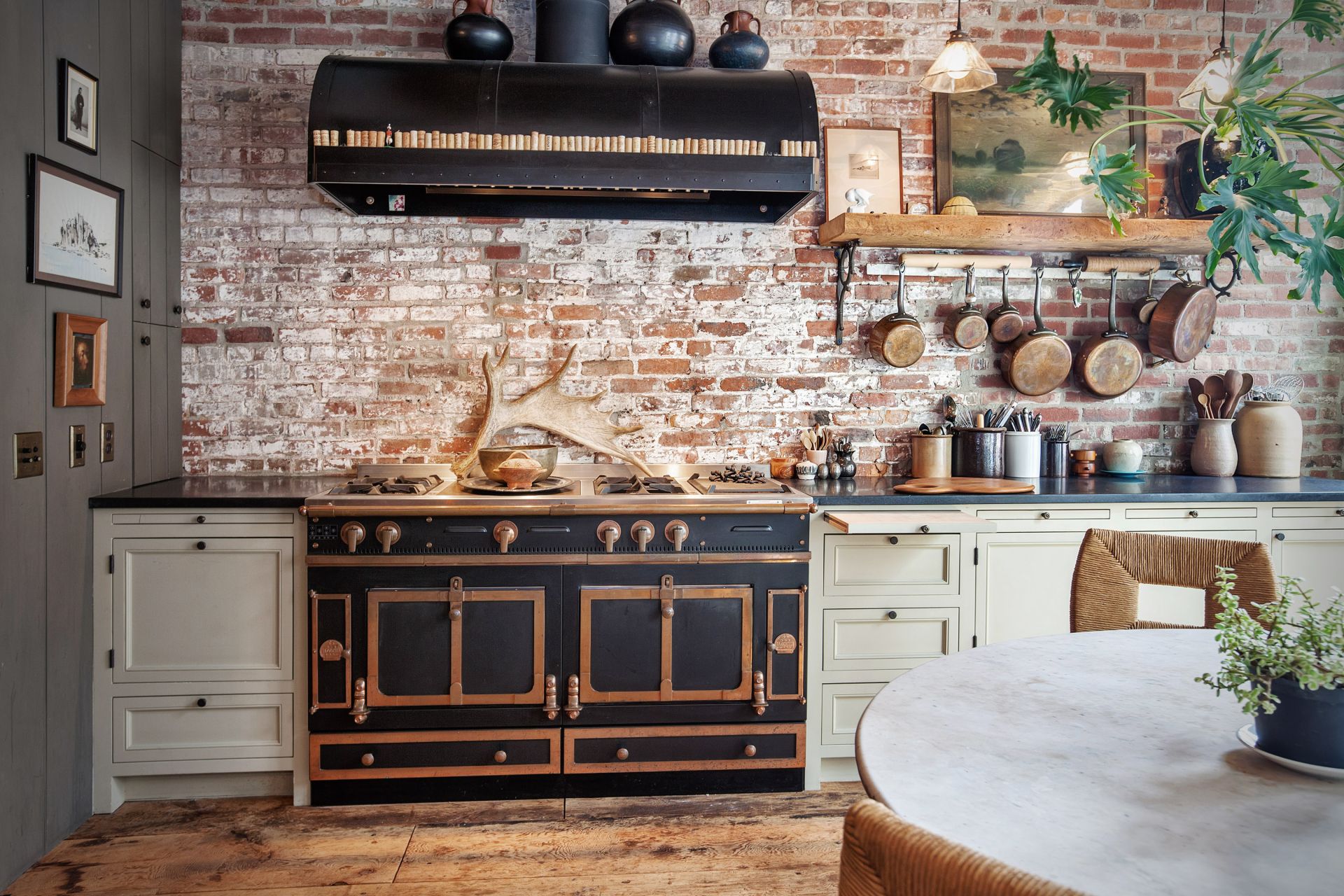 The stove is a custom Le Cornue. It took 18 months to make. (Scott Wintrow/Gamut Photos)
Advertisement 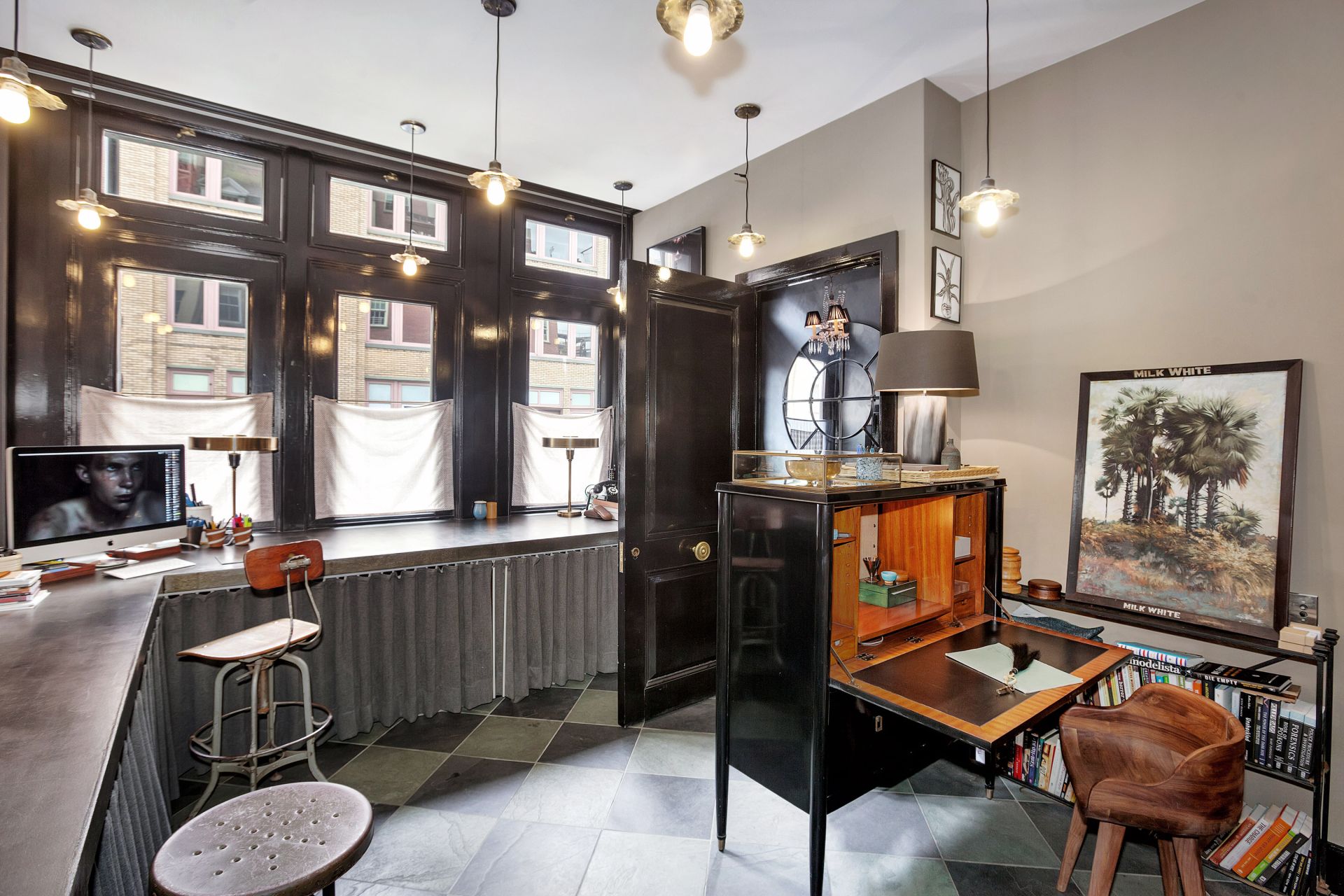 A first floor office with a bathroom in back is currently being used as an office. (Scott Wintrow/Gamut Photos) 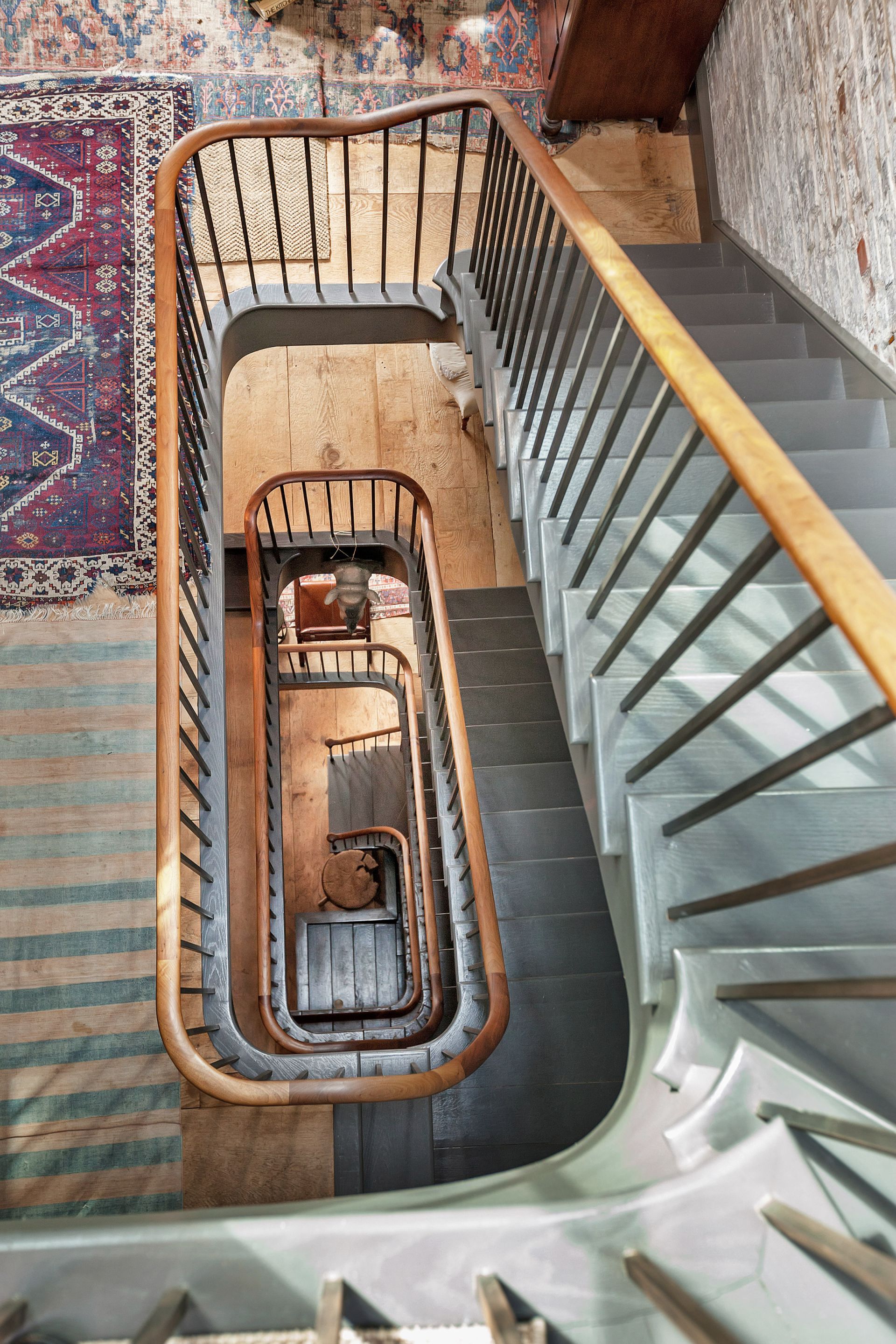 The open staircase—a space hog, to be sure, but think of the light. (Scott Wintrow/Gamut Photos) 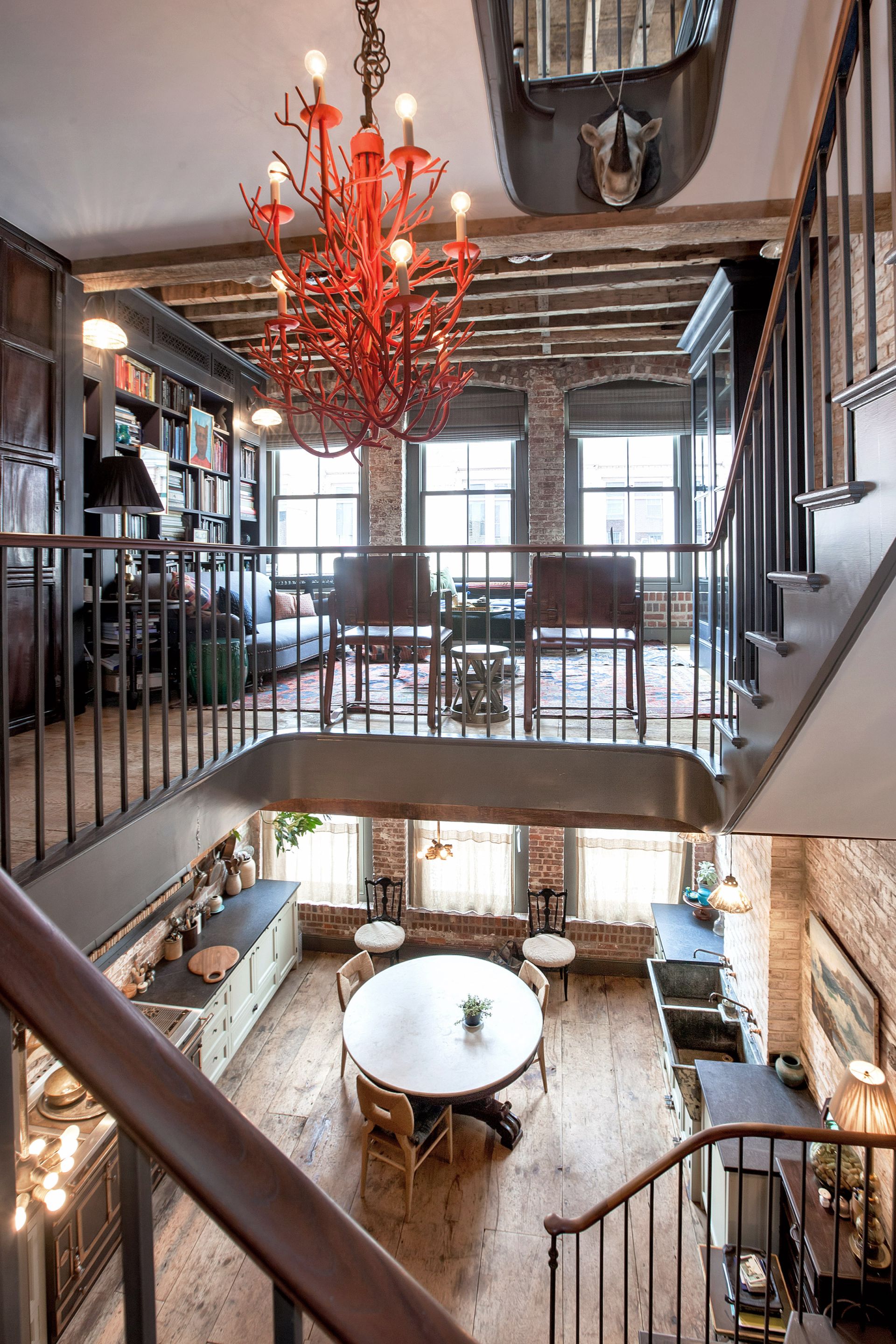 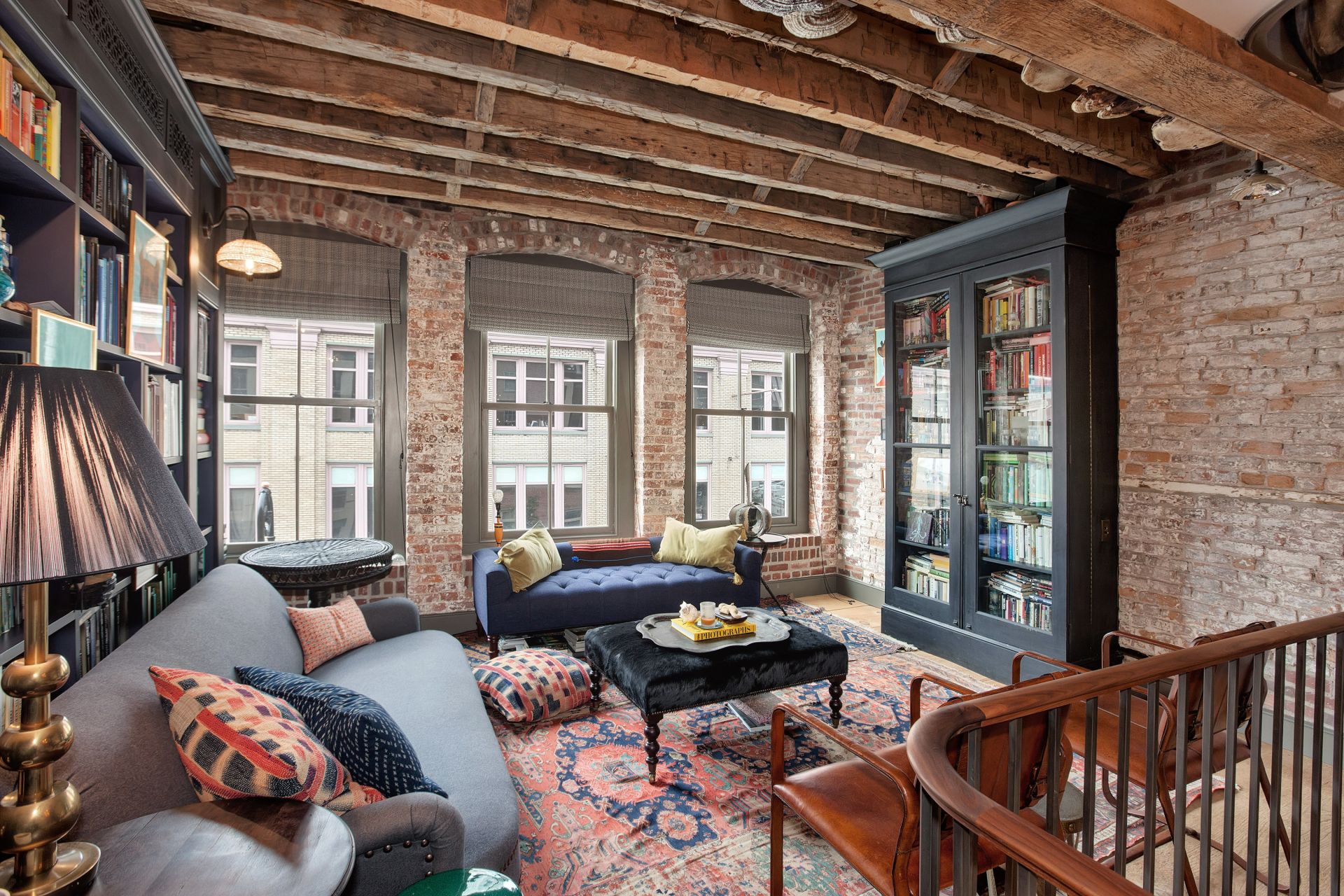 The seller is, perhaps not unsurprisingly given the set-design perfect quality of the design, a photographer and director. (Scott Wintrow/Gamut Photos) 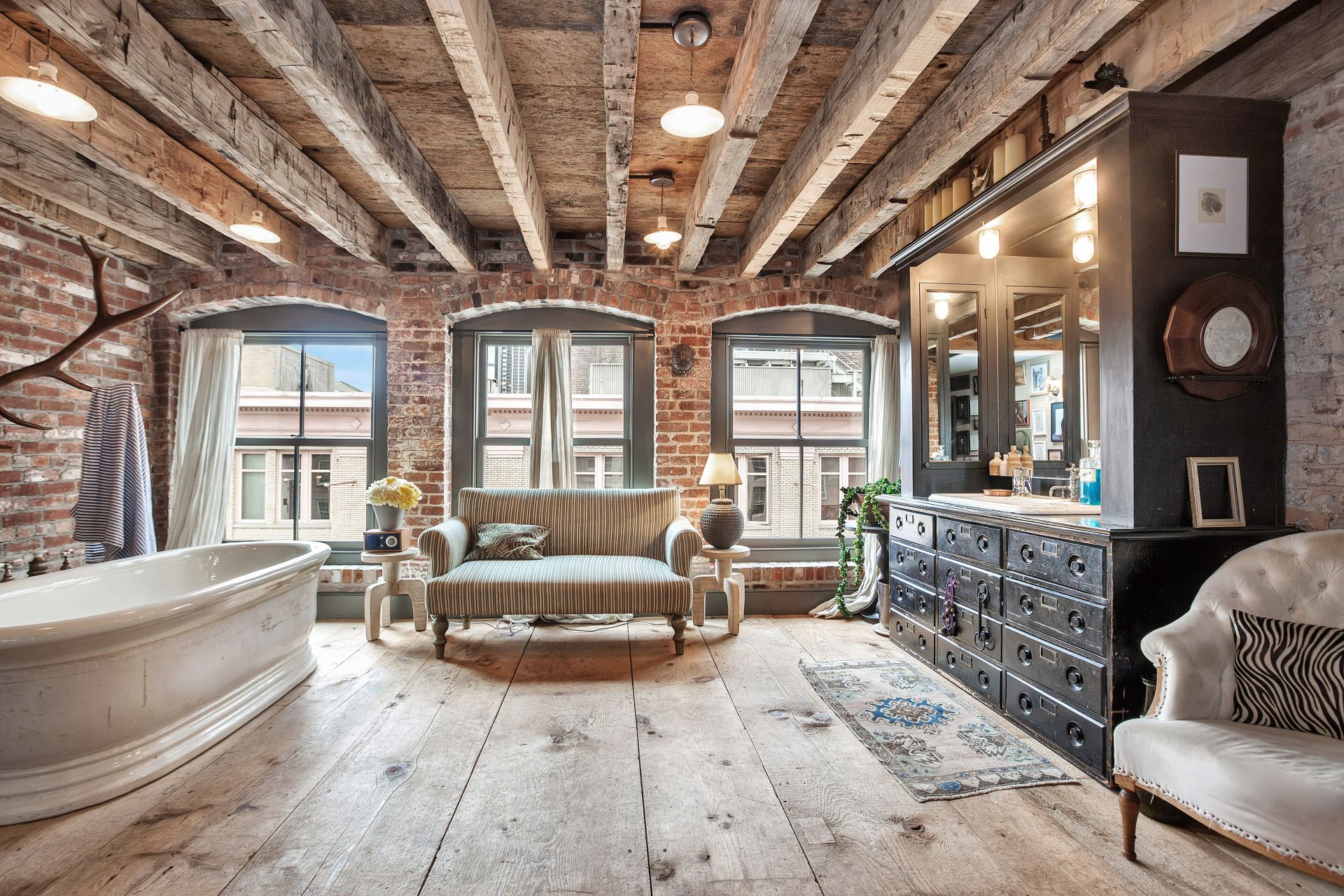 An open tub is not for the prudish. Fortunately, there's also an enclosed shower. (Scott Wintrow/Gamut Photos) 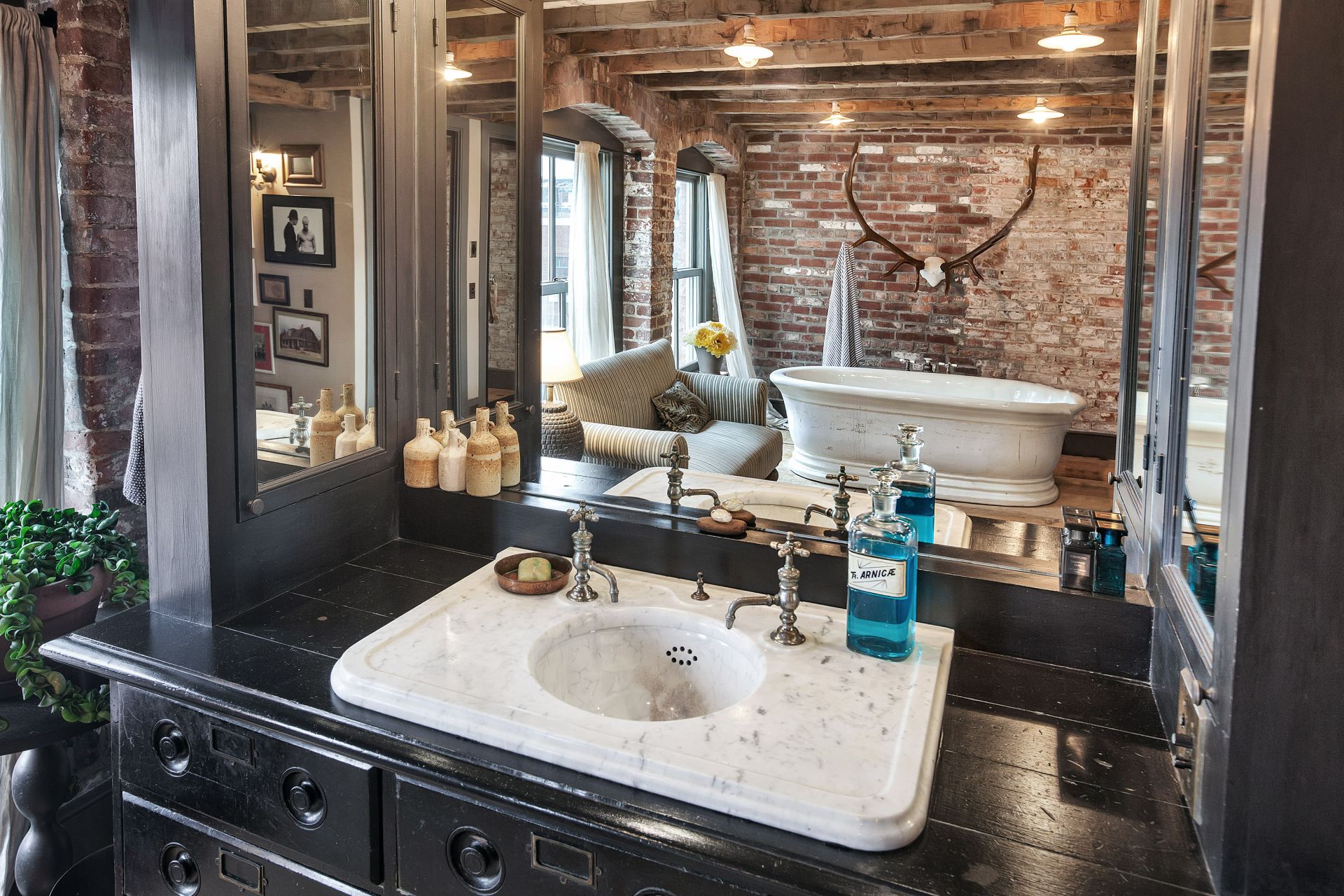 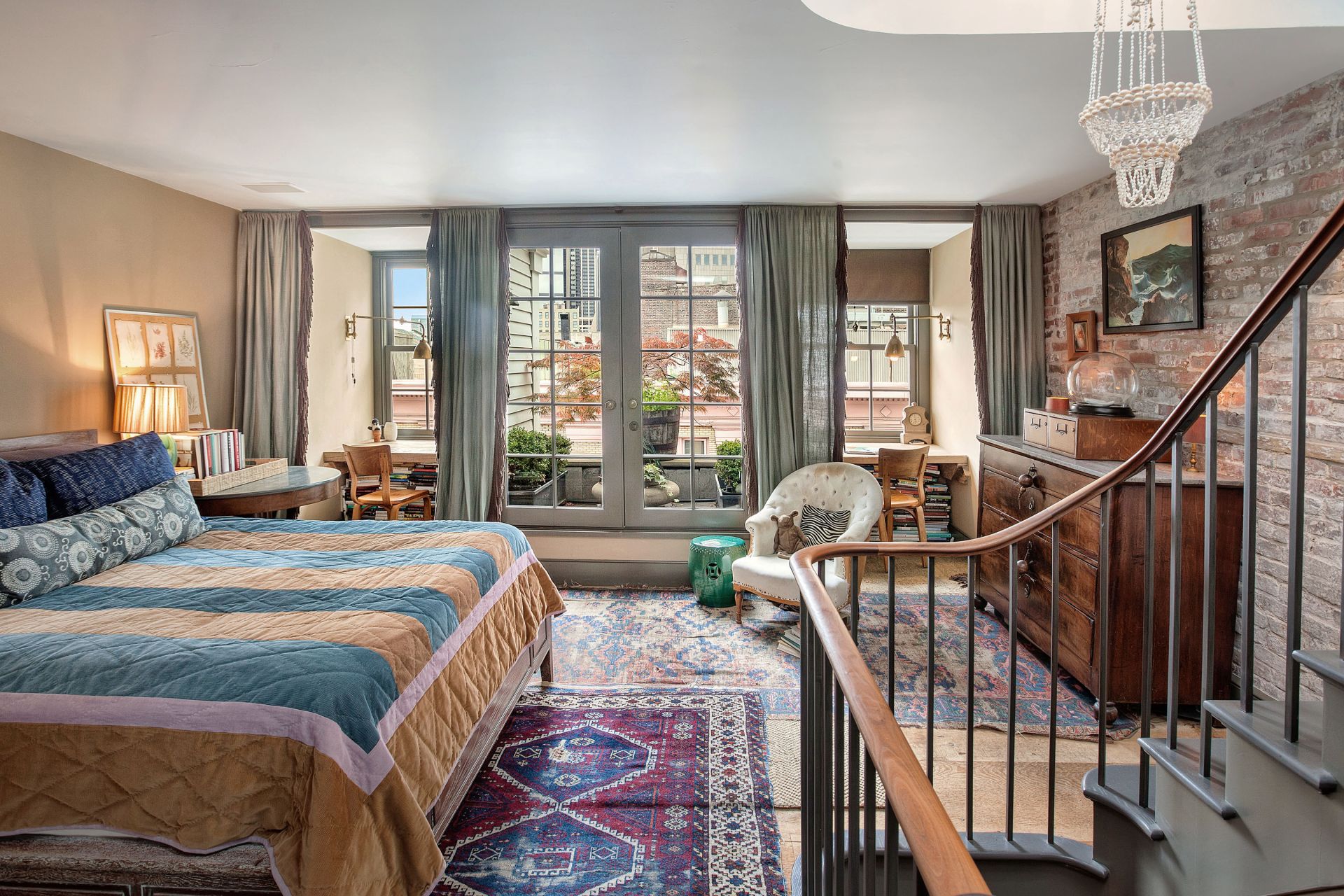 The bedroom. We swooned with jealousy over the twin writing cubbies cozily tucked inside the dormers. (Scott Wintrow/Gamut Photos) 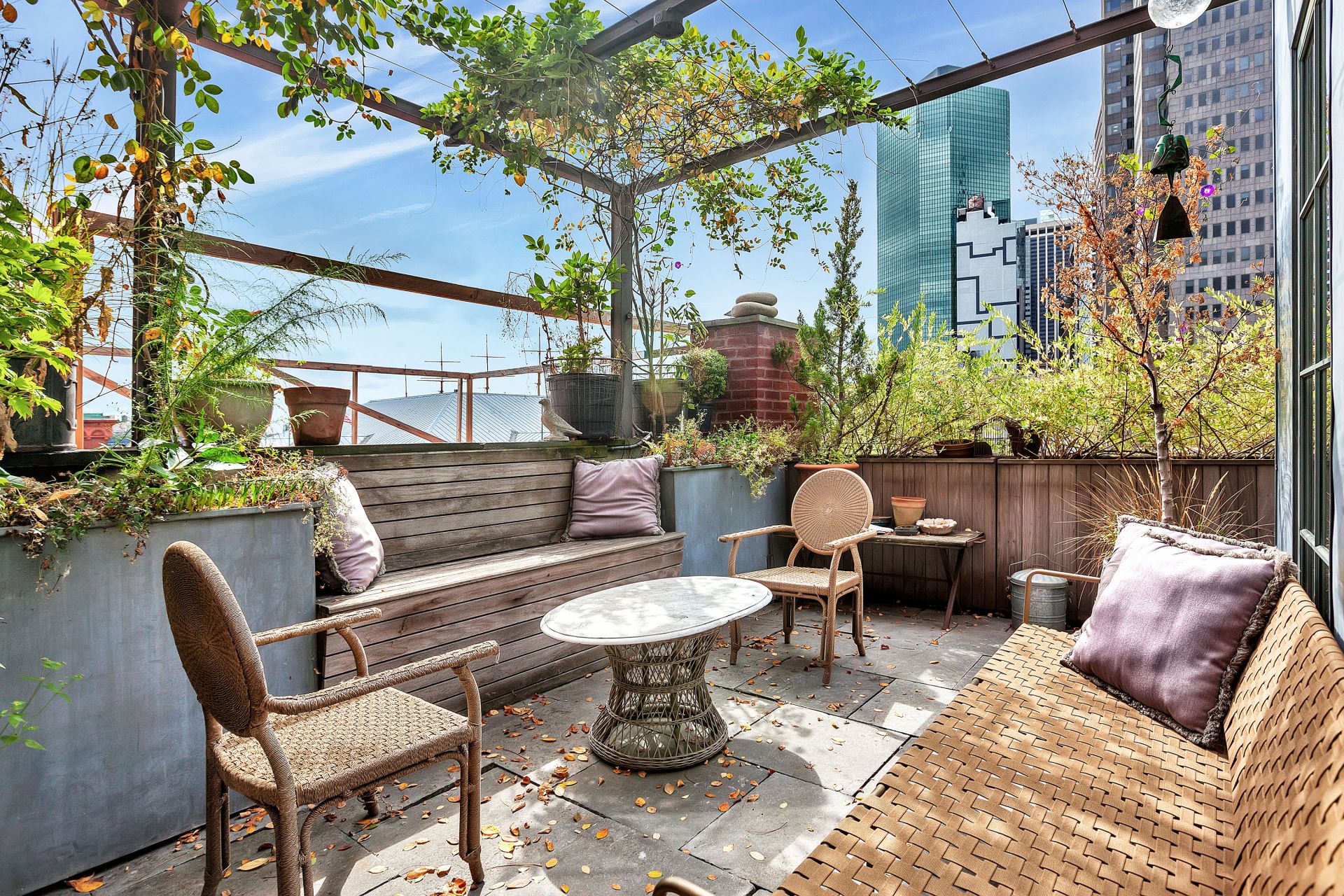 "The crowning rooftop garden is framed by mature wisteria and willow plants with occasional glimpses of ship's masts on the East River." We'll take it! (Scott Wintrow/Gamut Photos) 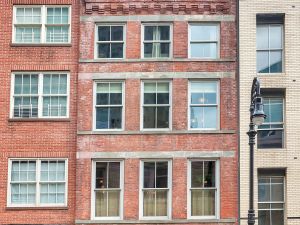 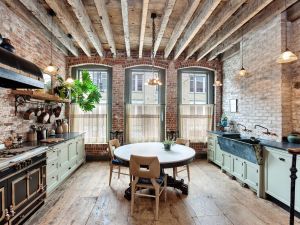 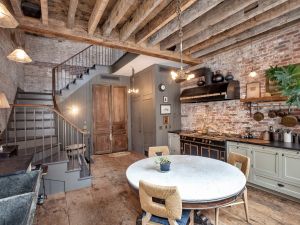 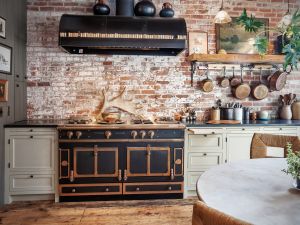 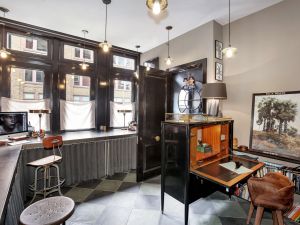 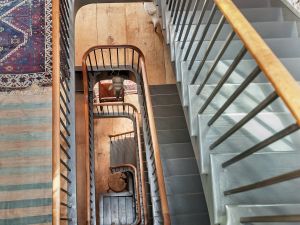 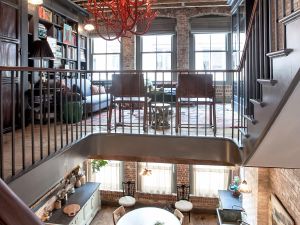 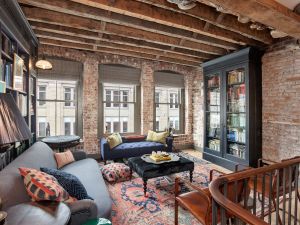 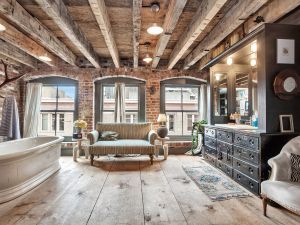 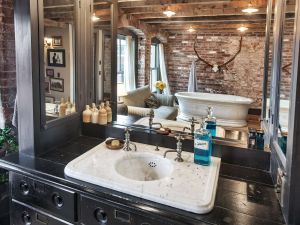 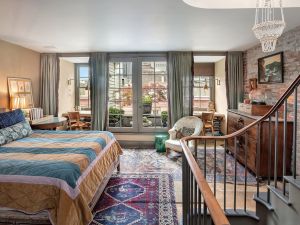 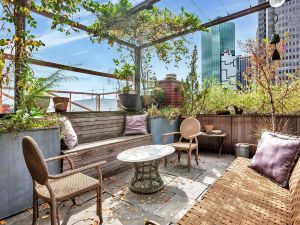 If Beekman Street’s narrow cobblestones seem an unlikely place for a townhouse, that’s because they are. But then, there is very little that is common about 134 Beekman. A stone’s throw from the now-shuttered Fulton Fish Market, the structure, built in 1825, spent most of its years as a dry goods storehouse for shipments that arrived when Beekman was a slip.

But since 2001, the five-story building has been transformed from an abandoned hovel with ladders connecting the floors to an elegant domicile that calls to mind the manse of a 19th-century ship’s captain.

“It reminds me of an old New England house,” remarked Jonathan Hettinger, of Sotheby’s International Realty, with which the place is listed for $5.99 million. “I think it’s a magical space—a very, very cool house, unlike any I’ve shown before.”

Upon purchase, the owner, a photographer and director, gut renovated the building to historic specifications with the precision of a set designer, such that it was difficult to remember the interiors weren’t original during a recent visit. Though the home enjoys many a carefully-concealed modern comfort, including the Sub-Zero refrigerator, Miele dishwasher and flat-screen TV, which are hidden behind old-fashioned doors and secret panels (the gold and matte black La Cornue range requires no such disguise), it feels undeniably 19th century, in the way that recreations can sometimes feel more authentic than actual artifacts.

There are an abundance of antique fixtures, wide-plank floors and beams harvested from an upstate barn; a built-in apothecary cabinet with vintage marble sink; a six-foot porcelain tub whose provenance can be traced to the headmistress of a California girls’ school; an original “crapper” toilet; and design elements like artfully threadbare Oriental rugs and oil paintings with seaside and forest motifs. The rugs, paintings and other heart-achingly perfect furnishings will, most likely, be departing with the owner. Though as with so many things in real estate, Mr. Hettinger noted that those, too, might be negotiable.

The townhouse is configured as a one-bedroom, two-bath with a possible second bedroom on the ground floor (currently used as an office). Ladders have been replaced with a gracefully curving open staircase that, in combination with the soaring ceilings, makes the 2,295-square-foot home feel much larger. (One ladder remains, connecting the roof deck to a hammock perched on the tippy top of the building.)

The owner, meanwhile, is tackling a new project, according to Mr. Hettinger. After getting things just as you like them, invariably, it’s time to move on.