Recently launching a brand-new, all-female band, with a professed desire to distance herself musically from her past, Ms. Ford and her crew are hitting the road this November, making a stop at Brooklyn’s Rough Trade on Friday night. Inspired by producer Chris Funk, the band is incorporating synthesizers and ’80s classic rock beats to their vibe, but its roots are of the same mind as Dirty Radio and Untamed Beast.

“The music, once I started to go there, felt so fun, and it really doesn’t feel that different for me. ’Cause I mean high energy music is always what I’ve been trying to do, and I don’t want to be stuck to one genre or label,” Ms. Ford said.

Despite the possibilities that new colleagues present, Ms. Ford’s content is still driven by a subject that she navigates with ease; relationships are the crux of her work, both romantic and otherwise. On her new EP, she’s written one song for her state of Oregon, another for herself and her ability to take risks (like starting a new band, for example), and two for her best friend.

“It isn’t ‘rockability’ at all but it’s still got some soul kind of feel to it, and it’s still me,” Ms. Ford said. “I hope that people know that I’m loving it. It’s been so awesome to do more with music.”

Friday night’s concert marks Ms. Ford’s first at Rough Trade. However, she’s more than comfortable in the city; her sister lives here, and her dad’s just across the pond in Connecticut. In her former band’s heyday, the Sound Outside performed at the Mercury Lounge multiple times, where the heat and intimacy made for a hypnotic ambiance. NYC’s eclectic mix of people lends itself to musical innovation, so it only makes sense that the new group would visit during its first tour.

For now, Ms. Ford’s satisfied with running around North America, but she’s itching to get back to the Old World. Some of France’s finest are requesting her presence, and with Brie and baguettes on the line, how could she decline?

Meanwhile, her former mates are moving onto the next adventure. Sound Outside’s drummer is studying math in school; its bassist is riding around the U.S. with a motorcycle gang; and Mr. Munger is taking some time to relax, though as Ms. Ford’s mentor, his influence lives on through her current endeavors.

“Even if he doesn’t play with me, he’s always there in spirit,” she said. And so, despite a slight rupture in 2013, Sallie Ford’s legacy remains a force to be reckoned with. 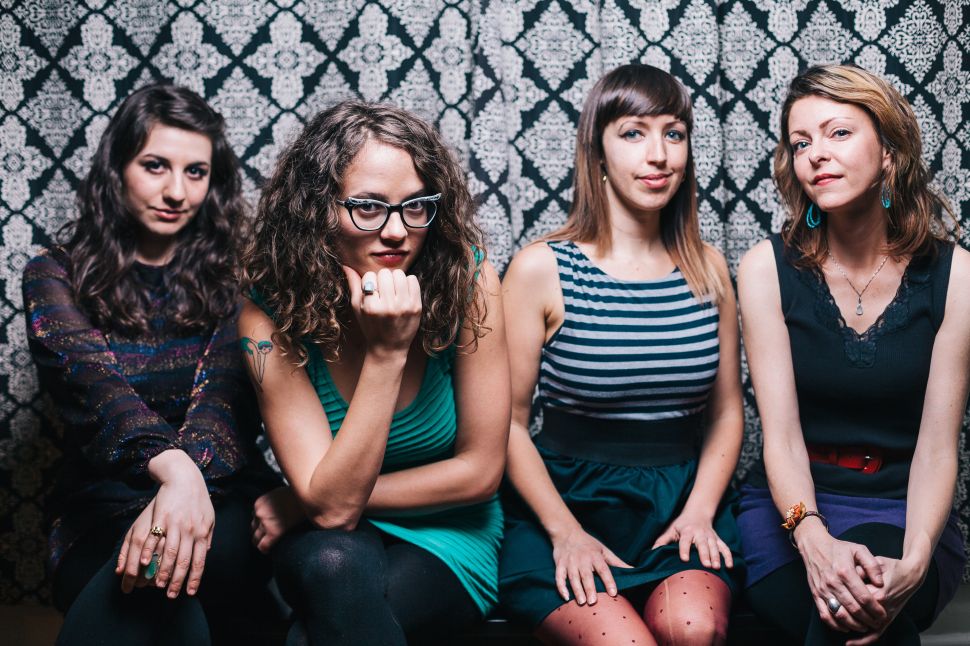