Among the more eye-catching attractions at the SculptureCenter Annual Benefit Gala, held last night in the Edison Ballroom, was a six-foot-tall skewer of fruit stacked on top of each other, a pile of watermelon and pineapple and melons and oranges teetering so precariously not even Carmen Miranda could balance it on her head. What, exactly, was this thing?

Well, it turns out it’s an ephemeral installation—and, inevitably, Instagram bait—that Puerto Rican artist Radamés “Juni” Figueroa calls Never-Ending Tropical Fountain (Gala Edition). The fountain part of the title refers to the rum punch flowing out a spigot nestled halfway up the thing, and after Mr. Figueroa led us over for a sample, we can say that, despite being flanked by two full bars, the best liquor at the shindig was coming from a piece. Freshly squeezed with a little kick. Yum.

I was told that it would be better to conduct the interview in the artist’s native Spanish. That didn’t go so well.

“Que es, uh, el idea de, uh, eso?” I said in what you can see is extremely broken español.

“I make like, ah, maybe four a year, different kinds,” he said, while refilling our glass with the nectar again. “Down the hatch!”

I listened to him, and down it went.

“Do you have one in your house?” I asked.

“No, but that’s a good idea!” he said. “I do them for my friends’ parties and openings.”

Then the artist, who had a show at SculptureCenter this past May and built a tree house for this year’s Whitney Biennial, started talking about Puerto Rico and his hometown of San Juan, and went for another few fingers of the rum concoction. And why not? The stream of cocktail seemed to be, as the title says, never-ending. 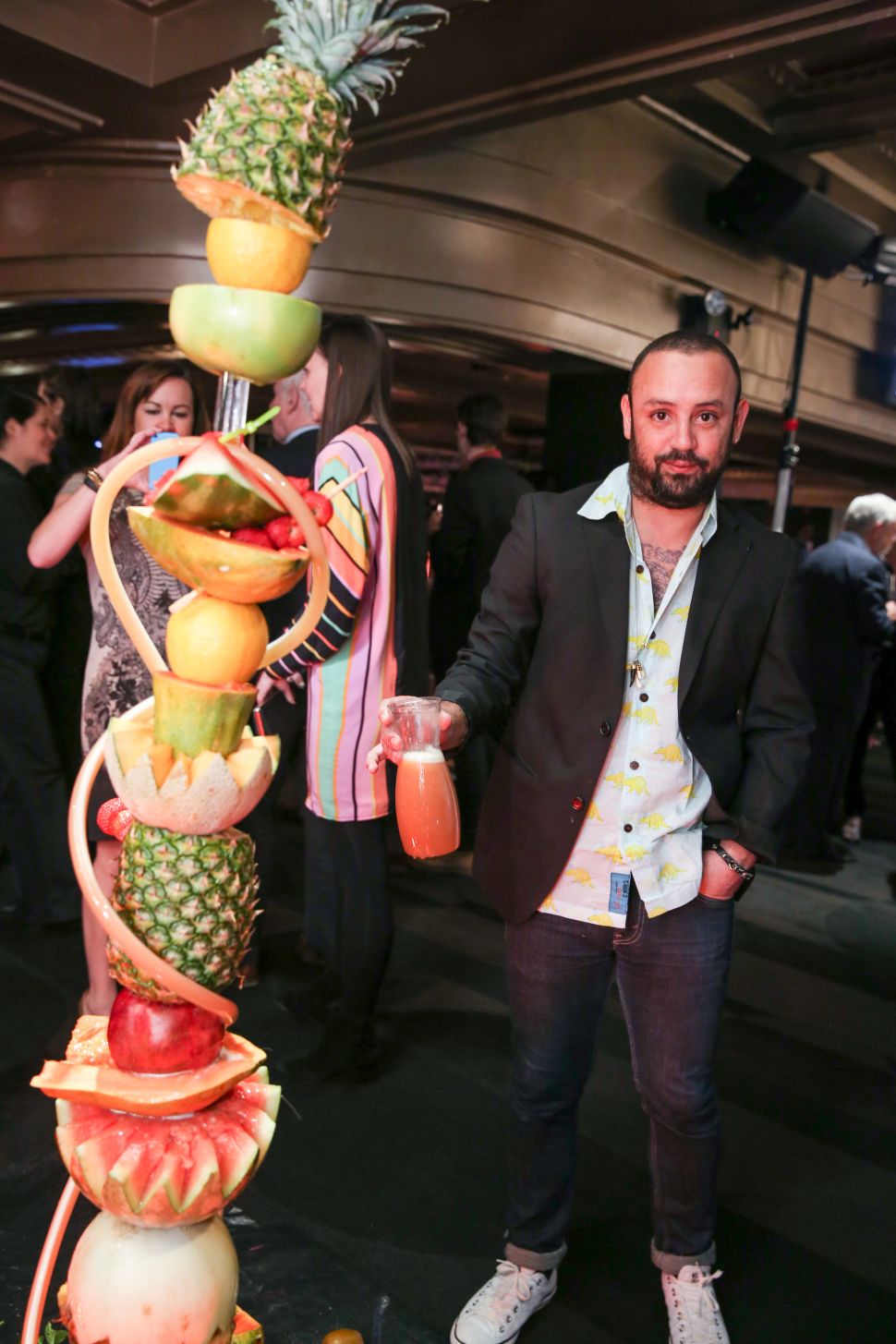