The city is, for the first time, offering a new deal to developers of affordable housing: free air rights. The Economic Development Corporation has issued request for proposals that makes developers a novel pitch: development rights, at no cost, in exchange for a “permanently affordable housing program that maximizes both the number of housing units and the level of affordability,” according to the EDC.

The air rights on the table are for three city-owned parcels beneath the Queensboro Bridge in Long Island City. Because of bridge ramps, the sites themselves are not available for development.

“This RFP demonstrates what a powerful priority affordable housing is to this administration. By maximizing every opportunity to create affordable housing, we can help make New York City a stronger, more equitable place for all of its residents,” wrote a spokesperson for the EDC.

The project, much like the administration’s mandatory inclusionary zoning program, which confers the right to denser development in exchange for a percentage of unsubsidized affordable housing, would not offer an additional subsidy beyond the development rights.

As with all air rights save for those in special zoning districts like the Theater District, these would need to be used for adjacent parcels within the same block and zoning district. And if not adjacent, then a lot that is a pass-through from an adjacent lot through a zoning lot merger (a somewhat unlikely move that tends to be more common in very high-stakes development corridors like 57th Street).

While not quite as hot a commodity as billionaire’s row, Long Island City has seen enormous growth over the last decade, with enviable access to public transportation and residential buildings seemingly coming online by the day in Hunter’s Point and Queens Plaza. As land prices in Manhattan and Brooklyn have soared, many developers have homed in on Western Queens, to the extent that developers like Alma Realty are now hazarding projects on highly-challenging parcels like the site of the mixed-use mega project Astoria Cove—a site isolated from public transportation and cut off from the shops, restaurants and cafes of Astoria.

The RFP for the Queensboro Bridge development rights stipulates that proposals should include units with a mix of incomes not to exceed 165 percent of area media income; there is no minimum percentage of affordable housing that proposals must include. Developers submitting proposals, which are due Dec. 22, can vie for the development rights for the three parcels in whole or in part. 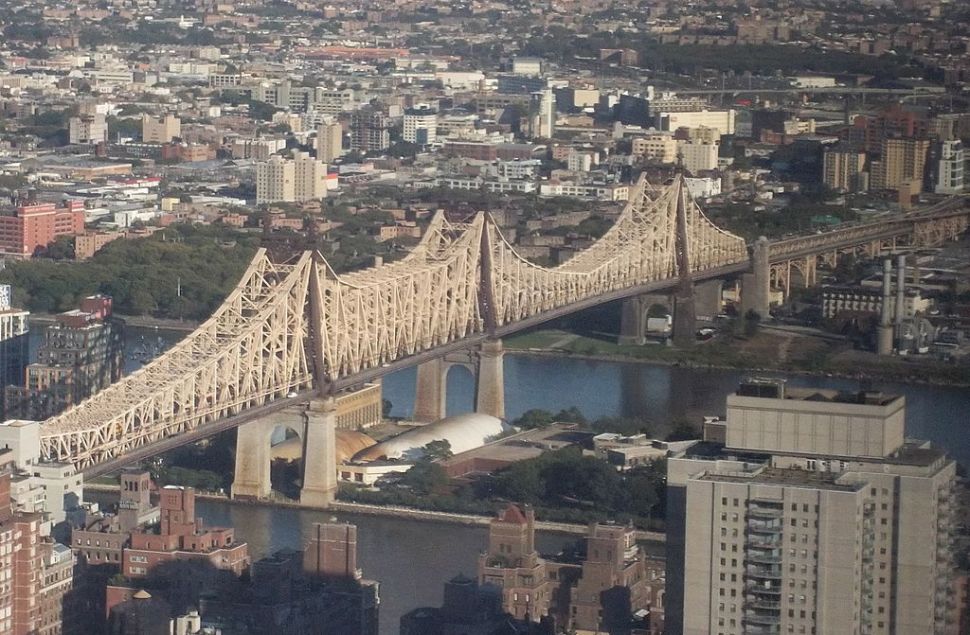