Since its 1940 construction on the  corner of East 71st Street, 737 Park Avenue has stood roughly eye-to-eye, if not quite toe-to-toe, with 740 Park, the Rosario Candela-designed co-op that went up across the street in 1929. Candela is widely considered the foremost architect of Manhattan’s great 20th century apartment houses and 740 Park Avenue the limestone embodiment of his finest hour. Until recently, 737 belonged to a very different class of building—a rental made mostly of brick but a respectable one.

Working under the auspices of Macklowe Properties, which redeveloped the building a few years ago as a luxury condominium, Handel Architects has sought to close the quality gap.

When we met Gary Handel, the firm’s founder, recently in the sales office—which is itself a furnished mid-floor apartment—he spoke in dreamy tones about his efforts to “capture the grace” in Candela’s “planning principles,” bringing to 737 the kinds of configurations that have drawn tycoons and heiresses across the way.

“Candela was able to sort out public and private space in an amazing way,” Mr. Handel said. “When the bones are that good, an apartment can be updated to accommodate any kind of living.”

After a circuit through the model unit, which showcases the building’s top-flight finishes—a Varenna kitchen with weighty slabs of dark, veined marble; a museum-grade air circulation system; solid oak flooring—we proceeded to the penthouse, which is on the market with Corcoran brokers Deborah Kern and Hilary Landis for $39.5 million and is, at the moment, virtually nothing but bones.

“This will not be the first home the buyer of this apartment has acquired and in all likelihood, not the first renovation they’ve undertaken,” Mr. Handel said, surveying the unit’s 5,772 square feet, which were white, light-filled, dusty and mostly uninterrupted by walls. No flooring beyond concrete base had been installed. A skylight seemingly designed for a high-concept airport terminal protruded beyond the ceiling, above what the architect imagined might become an entertaining salon.

In homage to Candela, such a salon, just off the foyer, would open on either side through pocket doors into spacious living and dining quarters. Four bedrooms, subtly sequestered from the public spaces, would line up to take southern sun, with a kitchen and staff room on the north side, beyond the private elevator bank.

Up an abbreviated corkscrew of staircase, a 3,757-square-foot private rooftop patio begged not to be tampered with. We stood at the western balustrade and looked across the famous boulevard below. Through the windows of 740 Park, maids could be seen burnishing surfaces. We suggested to Mr. Handel that the buildings might host dueling penthouse roof deck soirees. The proud architect smiled. “You know,” he said, “you can’t really tell from here, but ours is actually a bit bigger.” 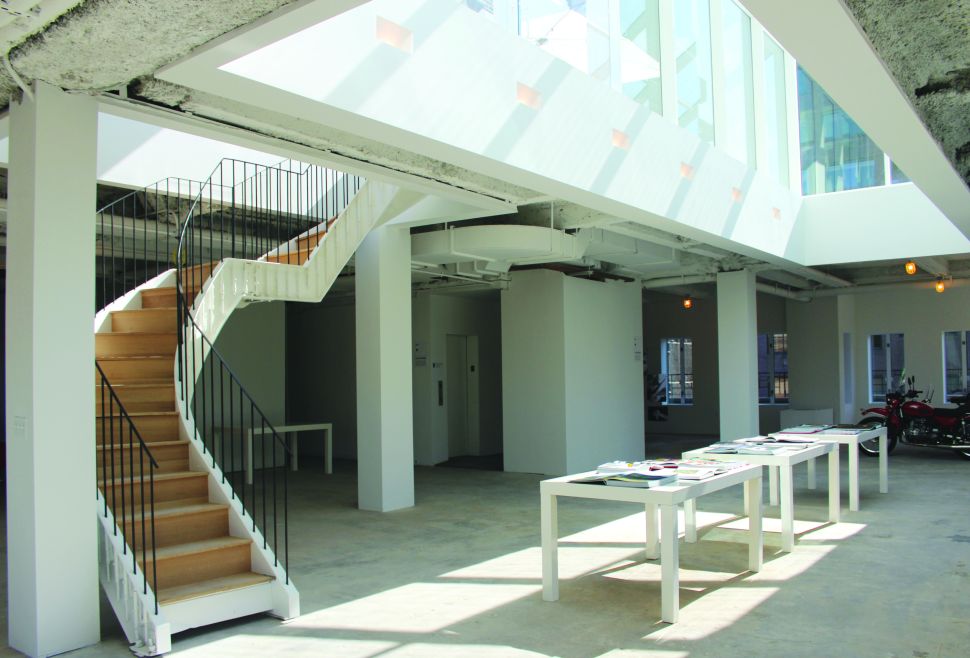