In the late ’70s, The New Yorker was said to be receiving 50,000 blind, unsolicited submissions per year. Of these, they plucked one, sometimes two. One of the two they plucked in 1977 was by a 27-year-old named Daniel Asa Rose who was, needless to say, struck dumb with pleasure. I had never published any story anywhere before—of the dozens I’d fired off to every conceivable outlet across the country for two years, only The New Yorker had considered a few, even going so far as to handwrite a couple of their rejections, but had never favored me with that life-or-death acceptance–so within a matter of 40 seconds, with their shockingly friendly phone call, I went from choking under the sod to flying over the moon.

Upon publication shortly thereafter, the whole world suddenly seemed to embrace me. All the tiny magazines that had been disdainfully holding my laboriously type-written pieces at arm’s length (where they still somehow managed to spill coffee on them) for eight and ten months suddenly fished them out of their slush piles and decided to stop holding their noses and start adoring them. From persona non grata to minor celebrity in one phone call, but such was the power of the great and glorious New Yorker. For the proverbial 15 minutes I was the golden boy—a friend spotted a famous international businessman chuckling over my story in the Brussels airport—and nowhere as much as in the serpentine, curdled-eggnog-colored hallways of the old New Yorker, whose editors seemed at least as excited as I. Like autograph-seeking groupies, these previously anonymous and withholding editors who had not deigned to favor me with their initials on their rejection letters, now pumped me for details about my personal life; begged me to send them photos of my little boy (an adorable toddler in the story); pinned one, they informed me bubblingly, on a wall next to penciled scribblings by the legendary Ed Koren.

When I apprehensively accepted their invitation to train in from Connecticut and meet them in person, they all but rolled out the red carpet for me. One by one they tripped into the office where I nervously perched on the radiator to lavish praise on the piece, climbing all over themselves to prove they were regular people, worthy of my affection. One fabled editor declared that the father in my little piece was his “favorite character in all of fiction.” In all of fiction? An august athletic fellow, later to become one of the most powerful editors in all Gotham City, kept using the word “dynamite” to describe its title (Small Family With Rooster). “Dynamite,” he pronounced with an air of hopelessness, shaking his head the way one says “gorgeous” about a girl who is out of your league. The elegant, elderly Rachel M., my new editor (the editor also of Bern Malamud, Izzie Singer, and other cozily nicknamed heroes), astonished me by yoo-hooing down the stairwell to the woman who was given credit for discovering me in the slush pile and was now coming up to meet me from the bathroom. “We know what you were doing in there!” she yodeled, with a conspiratorial little wink to me. The magisterial New Yorker was making a wee-wee joke?

This boisterous and earthy intimacy, after two years of the formal frosty reticence that is the norm between a magazine and its wannabe contributors, was too much for me. By the time Rachel had taken me to lunch at the Rose Room (“let ‘s sit beside the table where Dottie Parker held court, shall we, after we go say hello to Mr. Shawn?”), I was completely tongue-tied. As I told my analyst the next day, I felt like Babar taking tea with the little old lady. I ordered shepherd’s pie so I wouldn’t have to cut anything with a knife. I felt I had to concentrate with all my being so as not to accidentally swallow my fork. Rachel told me she had taken John Updike’s mother to lunch there the week previous and Mrs. Updike had been “very forthcoming”; it was just a bit of literary gossip, but I felt she said it to coax me to become more forthcoming myself, or at least to croak out a few syllables, but I was quite mute with terror. Here was my dream come true—lunch at the Algonquin with my very own New Yorker editor!—but it took all my attention not to choke on a soggy green pea. Finally, when the ordeal was over and Rachel asked if she could cab me back to Grand Central, I declined in favor of running all the way by foot, just to burn off my nervous energy that felt like shame …

But they liked my little story so well they forgave me my awkwardness—The New Yorker was filled with shy eccentrics, after all; I probably fit right in; they probably read my unforthcomingness as mysteriousness; I could swan dive from the roof into a tall glass of iced tea; I could do no wrong!—and they even went so far as to ask to see again a story they had rejected a few months earlier. A second chance—unheard of! Indeed, “chance” was the word they used, as though I’d be doing them a favor to let them see it again. “We’d like another chance at Growing Things at Bad luck Pond,” was how they put it, twinkling with fondness. I was anointed now and, for all their previous restraint and measured secretiveness, it was O.K. for them to show their full-throated eagerness for my other work. “How soon can we expect it?”

“Oh I’m sorry,” I told them as politely as I could. “That one was just taken by Ox Breath Review.”

The silence could not have been more aghast if I’d let rip a trumpet blast from my posterior during silent prayer.

It’s a funny thing about life. No one is ever too big and powerful to be insulted. You don’t realize it when you’re young and powerless, but even the rich and strong and imperious and glamorous beyond all measure are capable of being hurt. How could the almighty New Yorker be wounded by someone as insignificant as me—and with such a tiny action as turning down their request to see my story again, a story that had already been rejected by dozens of lesser outlets, a story that doubtless would have continued to circulate between various slush piles were I not suddenly known as “a New Yorker writer”? But so it was: the great and glorious New Yorker was wounded by my response. It reminded me of the joke, circa 1977, about the mouse who wanted to have sex with an elephant, climbed up her backside and proceeded to go at it until the oblivious elephant happened to stumble and let out a moan. “Am I hurting you, dear?” said the mouse.

Except in my case I really did seem to hurt The New Yorker’s feelings. They thought I—tiny, squeak-like me!—must have considered myself too high and mighty to keep publishing with them, that I must have regarded them as too frivolous or trendy, that I must have wanted to publish my fiction with a scrappier little mag: lord knows what they thought I thought.

They were wrong, of course. I would have killed to continue publishing with The New Yorker, but this other rag had claimed my piece, and it seemed obvious to me that I had to respect that. The fact that Ox Breath held the story before publishing it for another two years (a lifetime in publishing—certainly long enough for gold to turn back to lead, for my view of the moon to once again be obliterated by firmly packed sod), that they eventually paid me 1/40th of what The New Yorker would have paid me, and that the number of people who eventually got to see it in their pulpy pages was 1/4000th the number who would have seen it in the eggshell sheen of The New Yorker, none of this deterred me from what I thought was the ordinary moral course of action.

I had a literary pen pal at the time, a contributing editor at The Atlantic, and I put it to him this way. “I was just being honorable,” I told him.

The reply came back in no time. “Honorable, Daniel, or freakin’ retarded?”

The question continues to reverberate down through the decades, during which time The New Yorker has never felt moved to take another piece by me.

Daniel Asa Rose’s latest book, Larry’s Kidney, is slated to be a film directed by Richard Linklater and starring Will Ferrell and Zach Galifianakis. 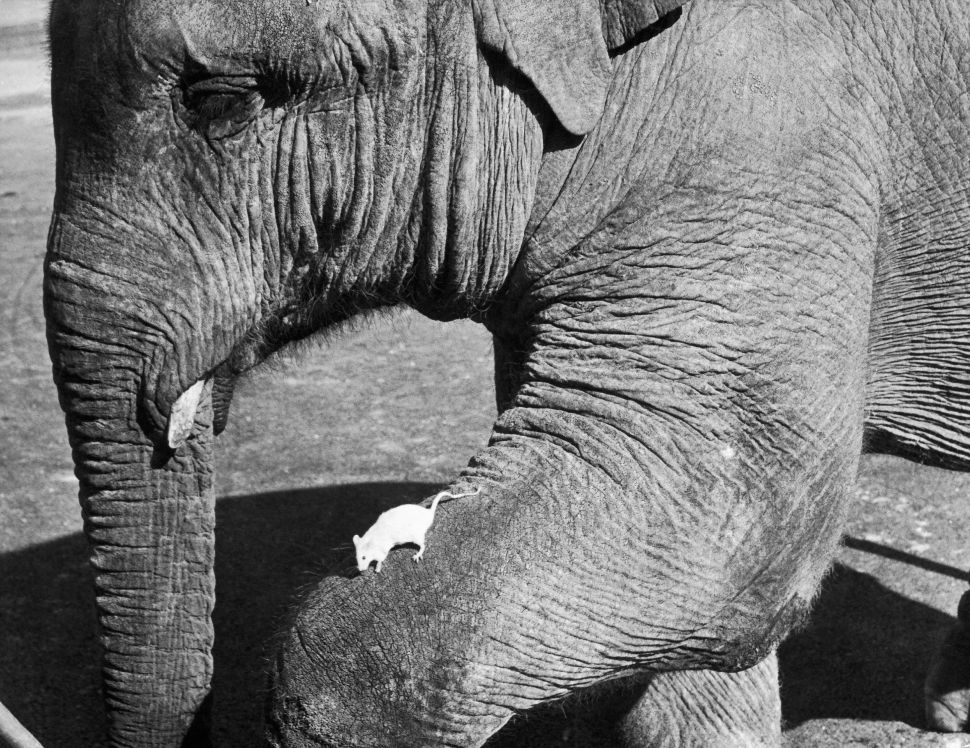