Annie Leibovitz, who has a show at the New-York Historical Society this month, recreates an iconic image of the basically all-male cabal of art world lodestars assembled at The Odeon in 1982—Johns, Ruscha, Warhol, Castelli, etc, etc—but this time only the ladies are invited. Marianne Boesky, Paula Cooper, Marian Goodman, Barbara Gladstone, Jeanne Greenberg-Rohatyn and nine others make it into the frame. See it in Vanity Fair, with accompanying text by one-time Artforum editor and girl of the zeitgeist Ingrid Sischy. [Vanity Fair]

Collector and software pioneer Peter Norton is donating more and more works of contemporary art to university museums. We also find out that he collects works by Fred Wilson, which is just swell because he probably works with the other Fred Wilson—the tech world venture capitalist—too. [NYT]

The Pierre Huyghe retrospective is opening at LACMA on November 23, is seeking an actor to play a role described as an “announcer,” and generally sounds totally insane. [The Art Newspaper]

Our beloved government will spend $2 billion trying in vain to make Washington, D.C. a world-class hotbed of culture and creativity. Thought we went over this already guys. [The Washington Post]

Sounds like Maurizio Cattelan had a great time at Artissima, in Turnin. “Near the champagne bar, Ben Salah introduced me to Cattelan; gold-booted and entouraged, he thanked me for all my good work and then stamped my forehead with the words SHIT AND DIE. It felt like some kind of smirking baptism.” [Artforum]

It’s Friday, and the reviews are in. There’s a big, long rave of the Sturtevant show at MoMA: “In a museum that has always used myths of originality, authenticity and Greatness to play a game of art historical thrones, Ms. Sturtevant, at least for a while, gets to occupy one of her own.” [NYT]

And then a tepid response to Christopher Williams at Zwirner: “The result is a decadent formalist Conceptualism; his images are meticulous and gorgeous, but programmed to seduce rather than transform.” [NYT]

Plus, Ken Johnson muses on the reasons painters paint in a favorable review of the Alexander Ross show at David Nolan. [NYT] 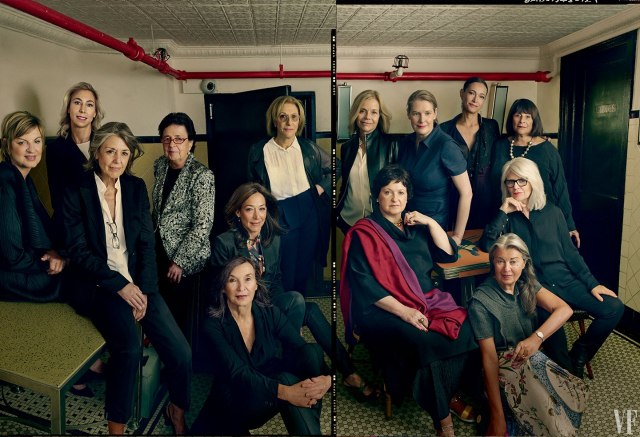