Beginning Thursday, “Black Mountain Songs,” a series of choral works organized by Richard Reed Parry of Arcade Fire and Bryce Dessner of the National will play for four evenings at the Brooklyn Academy of Music. The music is inspired by Black Mountain College, the rural arts school known for its flexible curriculum and attended by art world greats like John Cage, Merce Cunningham, Cy Twombly, and Robert Rauschenberg. The band members created the works for the Brooklyn Youth Chorus, who range in age from 12 to 17. [Wall Street Journal]

After a seven-month search, the Phoenix Art Museum has named Amanda Cruz as its next director. She will take over for James Ballinger, the museum’s director for 32 years who announced earlier this year that he would retire at 65. She is currently executive director of San Antonio’s Artpace, and former executive director of Artadia: The Fund for Art and Dialogue in New York. Ms. Cruz said, “I will inevitably be focused on the contemporary art collection (in Phoenix). I won’t be able to help myself. It is the art of our time, so it has a special meaning, and it should be accessible to the audience.” She starts February 1. [AZCentral, Phoenix New Times]

Christie’s will sell 2,000 objects from the collection of Robert Ellsworth, the prominent Asian art dealer who was the first to visit mainland China when it reopened to Western travel in the 1970s. The works will be auctioned off during New York’s Asian Art Week in March 2015. It is the largest collection of Asian Art even to go to auction. [The Art Newspaper]

It’s been several months now since a terrible fire ripped through the Glasgow School of Art’s Charles Rennie Mackintosh-designed building and library on May 23, leaving the world-famous building charred and in disrepair, and dozens of students’ artwork that was hung for an end-of-year assessment destroyed. But firefighters were able to save 90 percent of the building, and now forensic archaeologists are finally getting to start excavations. It is hoped that all can be restored within four years, especially with celebrities and architectural enthusiasts like Brad Pitt backing the project. [BBC]

Gentrification is affecting cities worldwide, and the Guardian’s Houghton Kinsman takes a closer look at the way it’s changing the artistic landscape in Johannesburg, South Africa. With new arts institutions like Museum Africa built, and events like the Turbine Hall Art Fair starting up, it’s becoming harder for locals to stay in the area. ““The city [of Johannesburg] has revalued … and basically shot through the roof – making the rates and taxes unaffordable,” said Honey Makwakwa, a local actress. [Guardian]

Master printer and Chicano art scene leader Richard Duardo died on Tuesday at 62-years-old. Over the years he’s worked with art stars like David Hockney, Keith Haring, and Banksy, and gained notoriety for his silk-screen portraits of Jimi Hendrix, Bob Dylan, and Che Guevara, among others. “An artist could have no better friend than Richard,” said Cheech Marin, actor and prominent collector of Chicano art. [Los Angeles Times]

The vandal of Banksy’s Utah murals has pleaded guilty and been sentenced to five years probation. David William Noll, who reportedly drove from California to Utah just to deface the graffiti works, has put $9,100 toward restoration so far, and prosecutors will not seek jail time if he pays the total cost of $12,000. [ABC News] 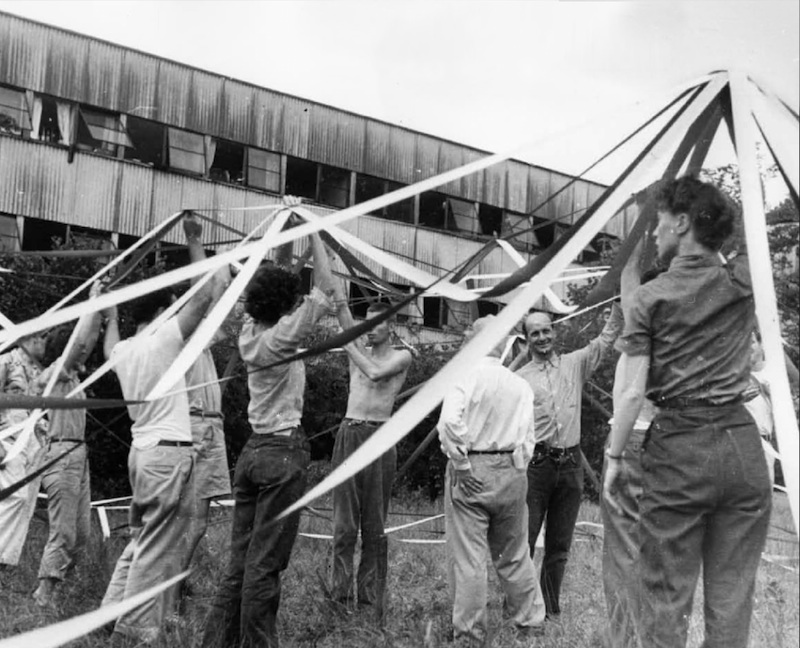