A plaster cast version of Michelangelo’s David that was gifted to Queen Victoria in 1856 is being spruced up so that it can go on view as the centerpiece at the Italian Cast Court at the Victoria and Albert Museum, opening later this month. When the sculpture was given to the Queen by Leopold II she was so offended by David’s larger-than-life genitals that she had them covered with a detachable fig leaf, which has since been removed but will remain part of the collection. [Daily Mail]

The buyer for Giacometti’s Chariot, which sold for $101 million at Sotheby’s Impressionist and Modern Art Evening sale last Tuesday night, was none other than Steven A. Cohen, billionaire hedge fund manager. We hope you put it somewhere safe Steve! Maybe near a window, so the neighbors can enjoy too? [New York Times]

Zoe Williams visits Allen Jones’ Royal Academy show in an attempt to figure out just how sexist his artwork really is. Finding a clear answer proves tough though, and she says, “It is impossible to conceive of Jones as having one single view of women, in which they are objectified. An impressive gathering of his painted metal sculptures fills one room: couples folding in on each other, limbs merging, a sense that momentum collapses the distinction between one person and another, between genders.” [Guardian]

And in the Telegraph, Richard Dorment has his own thoughts on the Allen Jones’ infamous, bondage-laden art works. For instance, Chair (1969) is a sculpture that depicts a topless woman laying on her back, feet above her head, wearing knee-high leather boots, balancing a seat cushion on her thighs. “They have done enormous damage to the reputation of the most supremely gifted and consistently original artist of the generation that included Hockney and Kitaj. Because of them he has never been fully accorded the respect and recognition that should been his,” he writes. [Telegraph]

The lit world and the art world merge in Sam Messer’s newest work, which goes on view at Fredericks & Freiser in early January. The Yale professor and artist has collaborated with novelists Jonathan Safran Foer and Denis Johnson to create an animation, “text and image ‘scraps’ that the pair have been collecting since 1981,” and Mr. Foer will be creating texts to be collaged onto Mr. Messer’s drawings. [The Art Newspaper]

More art world/lit world pairings: Sotheby’s will auction one of the most recognizable book illustrations ever. E.H. Shepard’s original drawing of Christopher Robin and his friends Piglet and Pooh leaning over the railing of the ‘poohsticks’ bridge from A.A. Milne’s The House at Pooh Corner is estimated to sell for £100,000 to £150,000 at the house’s English Literature, History, Children’s Books and Illustrations sale on December 9 in London. [Art Daily] 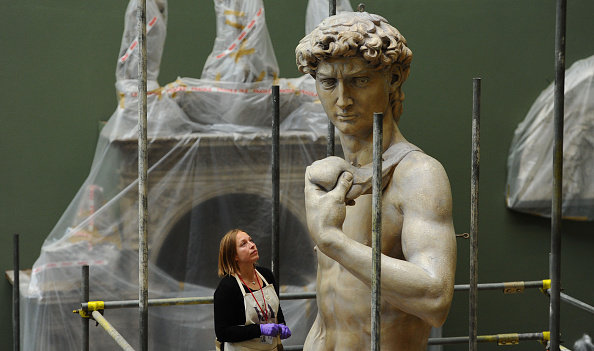