Those young kids at that school Cambridge take to their daily college rag to discuss the new Renzo Piano-designed Harvard Art Museums, which open to the public November 16 after six years of renovations. But it’s The Boston Globe that, in its generous appraisal of the new museum complex on Quincy Street, takes a swipe at a certain Ivy League football rival: apparently the new buildings are “so unlike the heterogeneous galleries spread across historically dissonant buildings at the Yale University Art Gallery.” [The Harvard Gazette, The Boston Globe]

“Eight notebooks used by the artist Jean-Michel Basquiat that have never before been shown in public are due to go on view at the Brooklyn Museum in April. “Basquiat: The Unknown Notebooks” (3 April-23 August 2015) includes 160 unbound pages from journals the artist filled with sketches and notes between 1980 and 1987.” [The Art Newspaper]

Speaking of Jean-Michel: Remember when I advised pretty heavily against art world-related halloween costumes? Well, perhaps I was just bitching about Halloween in general for no other reason than I had a space to do so. Guilty as charged! But I did point out that most times someone thinks “Oh, I’ll show everyone how cultured I am by dressing up as this painter for Halloween” it’s an unmitigated disaster. And with that: Jay, Bey, love you guys, but Basquiat and Frida Kahlo? [Complex]

In which a British paper feels like it can make some sweeping statement about street art in New York City based on some statistics and strange quotes. Stick to street art on your side of the pond, gents. [The Guardian]

Supreme Leader Kim Jong-un personally selected four artists who get to travel from North Korea to have a show in London. [The Telegraph]

Starting tomorrow, you can see the largest collection of El Grecos outside of Spain. Have you ever gone through one of those tiny little towns in the Spanish countryside, found a church on a hill with no one around, just a random church, and walk in to find, huzzah, there’s an EL Greco? What a wonderful was to spend an afternoon. [NYT]

Barbara Kruger was honored at the LACMA gala alongside Quentin Tarantino. The choices of honorees were supposed to lend an “edgy” vibe. But really it looks like it was a big fancy party with a bunch of starlets in Gucci. [The Los Angeles Times]

And then here’s 1500 words about a urinal. [The Art Newspaper] 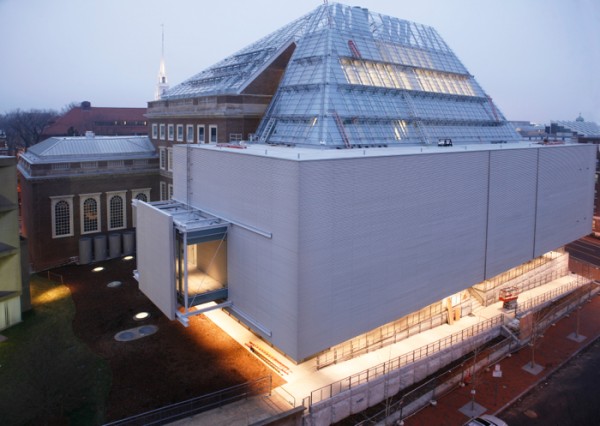