The Huge Boss Art prize was awarded last night at the Guggenheim Museum, its atrium glittering under a giant silver chandelier.

A crush of exceedingly well-dressed people showed up to hear the winner named as Brooklyn-based, China-born artist Paul Chan. He graciously thanked the audience for coming to the event instead of to the simultaneous opening of the Hunger Games, and gave a genial shoutout to his gallery, Greene Naftali, which was met with scattered cheers from a crowd well-Champagned with personal bottles of Moet and plied with tiny little seafood tarts.

The announcement was made by Guggenheim director Richard Armstrong, who chatted by the podium with the Observer, noting what made the partnership with the German design firm so different from others.

Beyond the company’s generosity and hands-off policy, he praised (no shock there), “They are exceedingly patient. They have to be.” As Hugo Boss has no say in the winner, they have to wait months for a jury of critics and curators to decide who it is every two years, said Mr. Armstrong. 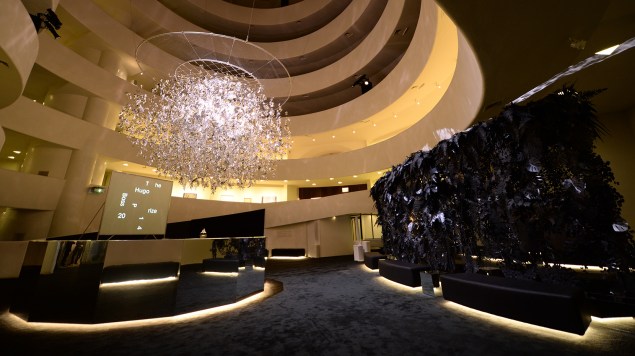 Then, “there’s the longevity.” The prize has been given away since 1996, he noted, so the company will celebrate the 20th anniversary of the partnership with the next award. Matthew Barney was the first winner; Pierre Huyghe, Douglas Gordon and Danh Vo are among the others.

Chan wins $100,000 and a show at the Guggenheim next spring. Kehinde Wiley, Joshua Jackson (hot again, post Dawson, in Showtime’s The Affair) and Kate Bosworth were among the swells who celebrated with him.

The other finalists for the award were artists Sheela Gowda, Camille Henrot, Hassan Khan and Charline von Heyl.

One curious moment: An announcer welcomed guests repeatedly to the “Solomon R. Museum.” Much like Avery Fisher Hall, is the Guggenheim selling naming rights? If so, the ‘Boss Museum’ has a ring to it. 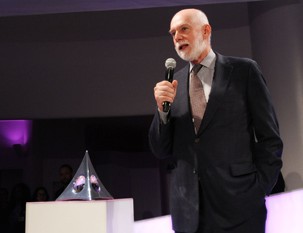