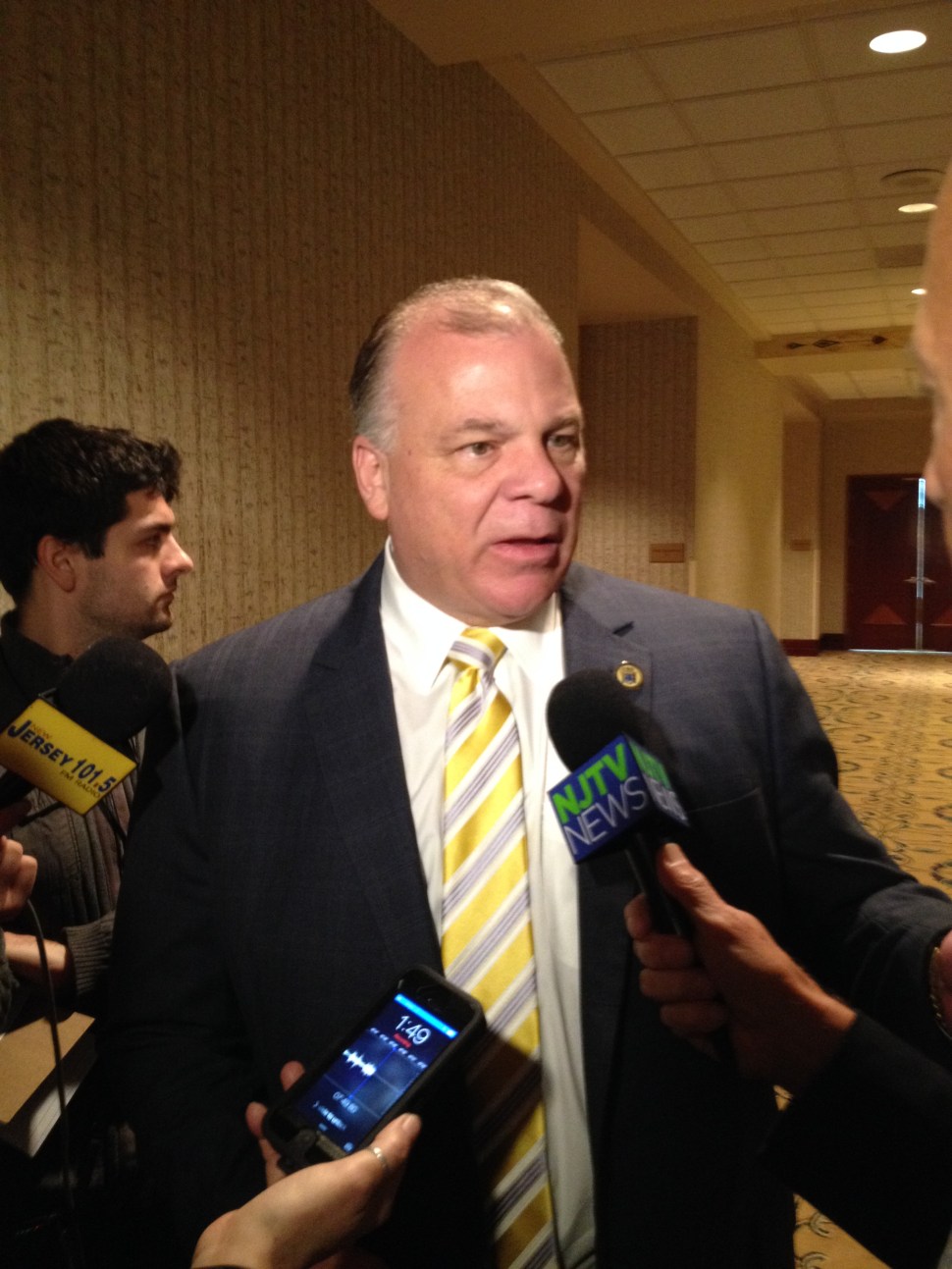 TRENTON – Senate President Steve Sweeney this afternoon unveiled a plan to bring “immediate economic stability” to Atlantic City and its casinos, even as financial and economic setbacks continue to plague the once-prosperous gambling mecca.

Speaking to reporters in the statehouse, Sweeney said there is still hope for a “great future” in Atlantic City, currently suffering from a decline in its gaming economy, and proposed a plan that he said would lay the foundation for economic growth going forward. Among the plans main aims includes allowing casinos to pay a set amount in annual taxes, redirecting the Casino Reinvestment Development Authority’s casino assessment to pay down $25 million of the resort’s debt per year, and giving the state a greater role in reducing municipal administrative and school costs by $72 million.

“This is a plan to protect Atlantic City from bankruptcy and position the city for future economic growth,” Sweeney said in a release. “With four casinos already closed and one likely to close by the end of the year, Atlantic City is facing unprecedented financial challenges. We must take immediate action to stabilize the existing workforce, the casinos and the entire community – before we can move forward to help Atlantic City chart out its new sustainable future.”

Sweeney’s comments, reiterating and sharpening much of the proposals he and other state legislators have talked about before, come admist continued discussion about the future of Atlantic City, which has seen the closures of four of its largest casinos in the past year. They also come just hours after the seaside town was dealt its latest blow, when United Airlines announced today that is was pulling its service from the city’s airport — just seven months after it began making flights.

Gov. Chris Christie this morning said that he plans to look into the airline’s maneuver, but the news brings Atlantic City’s struggles to the fore once again. Lawmakers and gaming industry officials gathered earlier this summer — and are set to gather again this month — to mull ways to bring revenue back to the city and create jobs lost through casino bankruptcies.

Other South Jersey lawmakers sounded off at today’s presser as well, emphasizing the need to bring stability to the city’s continually unstable economy.

“We need to bring stability and predictability to finances in Atlantic City,” said state Senator and former AC mayor Jim Whelan. “I have lived in Atlantic City most of my live so I know what my neighbors are going through. I also believe that the city has great potential and a real future as a destination resort.”

“We need to stop the bleeding in Atlantic City,” added Assemblyman and co-sponsor of the legislative package Vince Mazzeo in a statement. “This will help control property taxes and protect senior citizens, middle-class homeowners and other residents of the city. Reducing that financial burden on taxpayers is critical for the future of Atlantic City and the region.”

Other specifics of the plan include:

a) Stabilize Casino property tax payments by authorizing them to make Payments In Lieu Of Taxes (PILOT) in the amount of $150 million for the first two years.

The legislation would obligate guaranteed tax payments, indexed on Gross Gaming Revenues, over the next 15 years.

Doing this provides certainty to the city regarding the financial obligation of casinos to support Atlantic City, the school district and Atlantic County.

Casino revenue supports many social programs, such as property tax relief for seniors, medical assistance, and housing for disabled residents, transportation assistance, and other social services programs for elderly and disabled New Jerseyans.  Stabilizing the financial relationship between casinos and the City will in turn provide more certainty for funding these essential State programs.

c) The Atlantic City Alliance (ACA) must be evaluated to determine whether it is fulfilling its original purpose.

e) Casinos will be required to provide a baseline health care and retirement package for its employees. 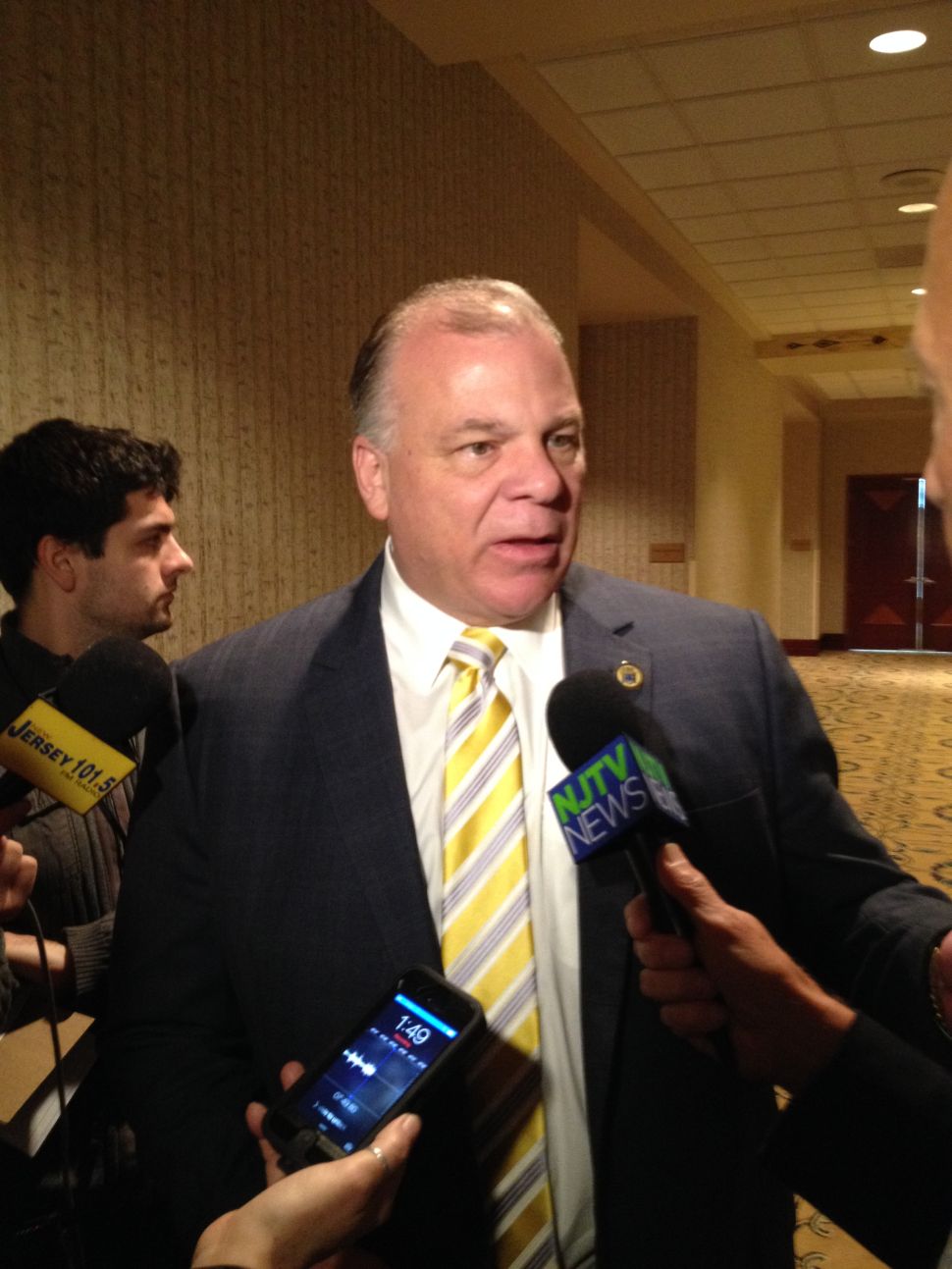