In February Asia Society will mount “Buddhist Art of Myanmar,” a major loan exhibition comprised of nearly 70 works from the Southeast Asian nation never before seen in the U.S.

The show is organized by guest curators Sylvia Fraser-Lu and Donald M. Stadtner along with Adriana Proser and John H. Foster. Focusing specifically on different visual styles in regional art, it will be split into three sections: “Images of the Buddha,” Lives of the Buddha, and “Devotion and Ritual.” Between stone, bronze, lacquered wood sculptures, textiles, paintings, and ritual objects in the show, some not-to-miss highlights include an 18th century wooden sculpture of a seated Buddha atop three elephants and a 12th century sandstone panel from the Kubyauknge Temple that shows Buddha’s death. Since many pieces were originally created for worship, the museum will be creating special displays to give visitors a sense of their original uses and context.

“Buddhist Art of Myanmar” will be on view at Asia Society Museum February 10 though May 10, 2015. 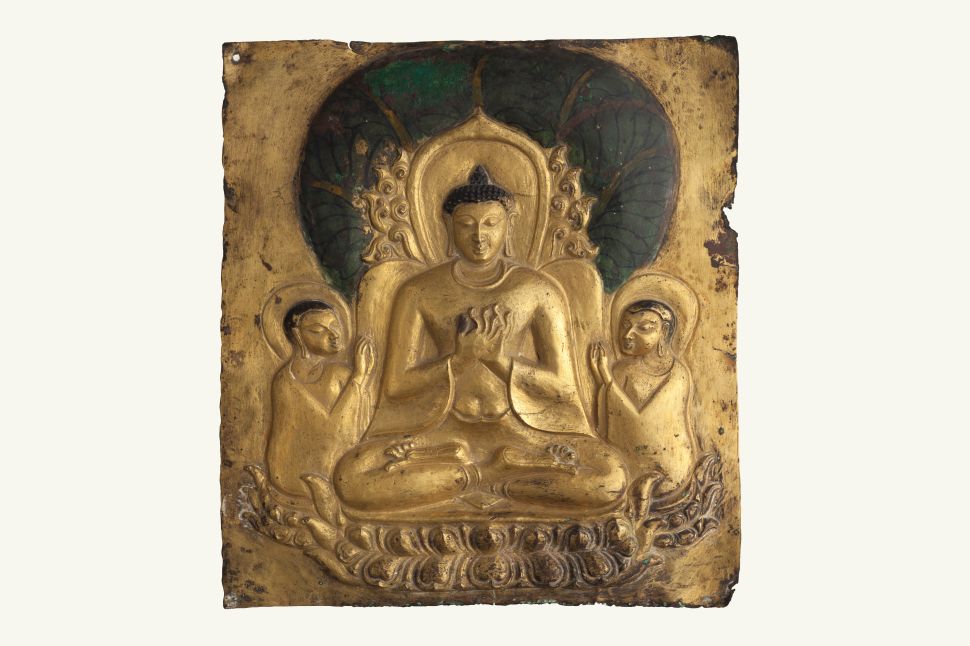