There’s been another development in the takeover saga gripping a tiny corner of lower Manhattan. Last week, I wrote about the GFI Group’s proposed marriage to CME being interrupted at the altar—The Graduate style —with rival BGC Partners (BGCP) playing the Dustin Hoffman role, banging on the church doors with a last-minute all-cash tender offer.

To recap briefly, On July 30, CME Group Inc. (CME) made a $4.55 per share all-stock bid to take over broker-dealer GFI Group (GFIG). The CME group offer is supported by GFI insiders, who together control some 38 percent of GFI’s stock. In September, after accumulating its own stake of 13.5 percent of GFI stock, BGC swooped in with a bid for GFI, offering $5.25 per share all in cash.

BGC apparently believed that $5.25 in cash seemed like a no-brainer over $4.55 in stock, and so its tender offer came with a variety of conditions. These included that it would have to control 2/3 of GFI’s board, that BGC be granted the necessary regulatory approvals, and finally, a very broad and vague notion it dubbed in its offer an “Impairment Condition” that basically boiled down to allowing BGC to cancel the tender for any reason it likes at its “sole discretion.”

Securities lawyers I spoke to in reporting the original story had never seen any condition so egregious, and one concluded that BGC was “probably not going to succeed in their tender offer.”

There had already been doubt about the viability of BGC’s offer because, as Reuters reported, the companies had “hit a roadblock” over non-disclosure agreements that are a standard part of proposed deals for one rival to acquire another. Obviously, the target company doesn’t want to open its kimono to a competitor who might use that info against it if the deal doesn’t consummate.

Meanwhile, another roadblock had emerged – a potential deal-killer. Bloomberg News revealed that “The U.K. Financial Conduct Authority is looking into whether interdealer broker BGC Partners Inc. erred in not notifying the regulator that it crossed a critical threshold in buying shares of GFI Group Inc. ahead of a takeover bid, two people with knowledge of the matter said. …. Because GFI has a U.K.-regulated unit, BGC should have notified the FCA that it had become a controller by owning more than 10 percent.”

That’s a critical piece of the puzzle here, and the New York Times missed it in its story on Oct. 31, which reported “BGC was able to keep this accumulation secret because regulations allow a company to wait until 10 days after exceeding 5 percent ownership of a company before it needs to disclose the position publicly.” The problem here is that the Times referred only to American SEC regulations, failing to take into account the British rules both GFI and BGC must follow because they both own British units. In the US, an acquirer has 10 days to notify the SEC that it’s accumulated a 5% stake. But in Britain, a buyer who becomes a “controller” – defined as a 10% shareholder – must get permission in advance of acquiring that stake. That permission can take months to receive, and the FCA has the power to force the acquirer to divest that portion that exceeds 10%.

The Times fumbled on that British vs US distinction, which is surprising because it was penned by the usually reliable “Deal Professor,” Steven Davidoff Solomon. But the story was still interesting because it noted that BGC “kept this accumulation secret,” with the specific intent of disclosing after it had been accomplished. As the Observer reported, that’s precisely the maneuver that got U.K. insurer Prudential Plc in hot . Prudential paid a 30 million pound fine ($45 million) for failing to guide the regulators about a transaction with AIG, and the FSA (precursor to FCA) said the reason Prudential didn’t notify in advance was to maintain its strategic advantage.

What’s more, according to the Bloomberg story and to my own reporting, exceeding that 10% threshold without permission is a criminal matter, which has been prosecuted several times in the past – the Bloomberg story referred to two minor instances and my reporting unearthed several more serious ones. Indeed, Bloomberg reporter Suzi Ring went on to report that BGC was already being scrutinized, writing “The FCA has referred the matter internally to its enforcement division,” citing unnamed sources because the “the inquiry is confidential.” [Indeed, because of the “quiet period” required by the SEC during M&A talks, the Observer had little success reaching the principals or even the press representatives for either GFI or BGC in the reporting of last week’s story or this follow-up. While one representative from BGC did email after Wednesday’s story appeared and we did hear from a company representative to correct a spelling error in that story, no one would speak to us on the record, and emails and calls to nearly a dozen executives went unreturned.]

Last Tuesday, GFI’s board unanimously recommended rejecting BGC’s tender offer, as the Observer reported on Wednesday. And then on Thursday, BGC fired back with a blistering press release entitled “BGC’s All-Cash Tender Clearly Represents Superior Value For GFI Shareholders.” It lays out the case for why its offer of $5.25 surpasses GFI’s offer of $4.55. That part is not surprising. What is surprising is that BGC, known as much for its aggressiveness in deal-making as for its star-studded charity fundraising, backed off some of the conditionality that the Observer had pointed out in our story just a day earlier. In fact, BGC’s press release reads practically as a point-by-point answer to the Observer‘s story.

First, the Observer story had mentioned the incongruence of a tender offer that was full of conditions versus a letter from BGC President Shaun Lynn that stated that its offer was being made “without material contingencies or significant execution risk.” BGC’s press release concedes that contradiction in its first bullet point, stating “The BGC tender offer contains conditions that provide BGC with substantially similar protections to those provided to CME by GFI.” Its example, however, is ridiculous. BGC says its “request for a two-thirds majority of GFI’s board is completely consistent and logical” since if CME were to acquire GFI, at least two-thirds of the GFI board would be favoring that deal. But that’s a tautology – the GFI board already unanimously recommended the CME deal, and it’s been elaborately detailed how it would take years to undo a five-member board that has three independent directors who come on in staggered terms, with the other two being GFI Chairman and CEO Michael Gooch and Colin Heffron. Saying that “we want two-thirds just like they have two-thirds” and calling that “logical” is like the 2-8 Jets facing the 8-1 Cardinals and the Jets demanding “we want it to be ‘fair’ so let us use all of the Cardinals players.”

Next, BGC surrendered on the “impairment clause” that the Observer had highlighted, acknowledging that it was overly broad. Its press release states that “BGC intends to file an amended tender offer to revise the impairment condition in its offer … BGC also will amend its tender offer to provide for an objective standard to determine whether this condition has been satisfied.” That’s interesting progress, but the offer expires on November 19 – 8 days from today.

Finally, even as it addresses two of the egregious conditions the Observer pointed out, what’s most interesting about this press release is what it fails to address. The Bloomberg News revelation about the 10% threshold goes completely unmentioned. This is surprising because that alone could completely tank the deal, especially since one condition that BGC did not modify is that it be granted the necessary regulatory approvals.

What’s clear is that $5.25 is more than $4.55. But what’s not so clear — and remains unclear after the back-and-forth press releases – is whether that $5.25 ever materializes. The suspicion that it might not seems to be gathering steam. GFI stock, having traded above $5.25 since BGC made its offer in early September, slipped under $5 for the first time on Friday. It should be noted that it remains above CME’s offer of $4.55, but obviously, the market is wondering just how unconditional BGC’s unconditional love really is. 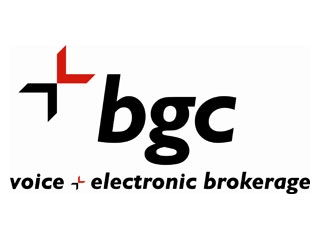