Film director Bill Condon has run the gamut from thoughtful low-budget Gods & Monsters to fangirl juggernaut Twilight: Breaking Dawn. Now, he returns home to New York to helm his first Broadway production, the freak-centric Side Show, which opens November 17th. The Observer met up with Mr. Condon in the dimly lit, hidden away Midtown speakeasy Bar Centrale to discuss the production, his childhood filmmaking and the freak-show of New York City itself.

What’s the reaction been to Side Show like so far? Kind of wonderful. It’s a New York crowd, which I’m loving. It’s not a tourist crowd.

Define the difference between a New York crowd and tourist crowd? I’m doing a film version of Beauty and the Beast, and I went to Paris to see a production that Disney’s put up there. And I felt like, ‘Oh my God, this is what it’s like to be a foreigner watching Phantom.’ You know the music, you know the score, you sort of know the lines, but then there’s all this humor happening that you’re not aware of. And it’s not unpleasurable, you’re just not as connected. And that’s the difference–that electricity. The New York audience understands its role in the contract between show and audience. They know they need to be engaged.

You would know, being a New York native. And your father was a New York City detective? What was that childhood like? It was great. He always had amazing stories to tell. But he was actually a wonderful writer. The best letters I’ve ever received were from him.

Did he think of writing professionally? He might have as a young man. But it’s a typical depression era story. His father died when he was young, and he had to support his mother and his sister, so he got himself work pretty early.

Do you have any classic young New York stories? Moments when the city inspired you? I was always so obsessed with everything about the city, especially the architecture. And I would always make movies when I was really young. I remember my father taking me to – oh God I can’t remember what exact highway it was. But I would go there and shoot the World Trade Center as it was being built. Which was – oh God – mid to late 60s.

The first Bill Condon films. Exactly. I remember just shooting stuff on the streets of New York. And I was lucky. I went to high school in New York, on 84th Street. This Catholic High School called Regis. And there were kids from everywhere. And that exposure at such a young age of everything this city had to offer really changed my life.

I’m always interested when talking to New York natives — because I grew up in Jersey — how you imagine the reaction of an outsider. There are certain ways, like the 59th Street Bridge, or even certain angles on the right side of the plane coming into Kennedy. I think it still is a truly awe-inspiring sight. Recently, I went to Tokyo. And it’s funny, because I never thought a city could be too dense, or too big. Tokyo takes the idea of Manhattan, and spreads it across the size of like Los Angeles. And it sort of never ends. Suddenly it felt like it wasn’t that beautiful, certainly as an image from afar. Part of Manahattan’s unique beauty is it’s on that sliver of land.

It’s almost like New York City is a side show attraction itself. It is, yeah. Part of the thrill of being here is the great celebration of diversity and otherness. This is a place where you come if you do feel somehow different. It’s a place you come to be embraced for that. It’s not just kind of accepted, it’s actually treasured. That is something I find to be true.

What do you think America’s obsession with ‘freaks’ is right now, with American Horror Story and the like on TV? Not just a fascination with interior difference, but exterior. I think it’s been an essential part of, frankly, the titillation of this world. It’s that one thing that’s different. It’s us, you’re seeing yourself with that one thing that’s altered. That one alteration, and the possibility of that , kind of presents you with a scary but also exciting idea of how tenuous our hold on what we consider to be normality really is. 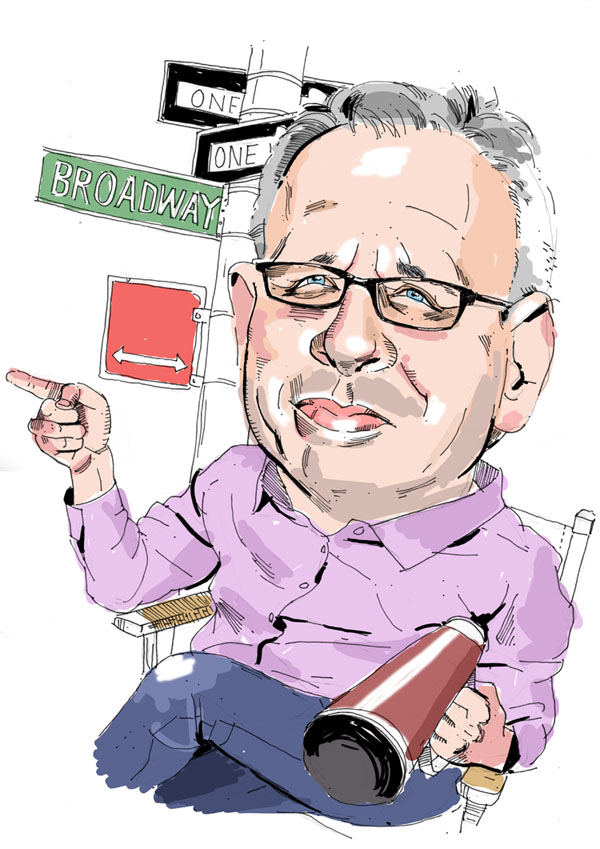