She fund-raised in New York City plenty, but Alison Lundergan Grimes shouldn’t expect much help from the mayor if she ever runs for the U.S. Senate again.

Mayor Bill de Blasio, a liberal Democrat, took a jab at Ms. Grimes, the Kentucky Democrat who fell to Republican Senator Mitch McConnell, for failing to say whether she voted for President Obama.

“Al Franken stuck to his guns–talked about economic reality, talked about progressive solutions, won handily,” Mr. de Blasio said at an unrelated press conference in Manhattan, referring to the liberal senator from Minnesota.

“But in nearby states where Democrats couldn’t find their true values and couldn’t speak about them or couldn’t even acknowledge whether they voted for the president of the United States–it’s not a surprise that people didn’t see the real thing so they didn’t vote,” he said.

Ms. Grimes, regarded as a rising star in the Democratic Party, was widely mocked when she repeatedly refused to say whether she voted for Mr. Obama in a state where the president is deeply unpopular. Ms. Grimes was a delegate when the president successfully sought re-election in 2012.

The mayor today underscored the themes of his op-ed, arguing that Democrats failed when they did not articulate the “core values” of the party.

Mr. de Blasio at times sounded more like Massachusetts Senator Elizabeth Warren, a hero among the party’s liberal base, than the presumptive Democratic nominee for the 2016 presidential race, Hillary Clinton. Mr. de Blasio is close to Ms. Clinton, the former New York senator and secretary of state, even though the left flank of the Democratic Party bristles at her more fiscally centrist approach to governing.

Mr. de Blasio would not say definitively whether a liberal insurgent would be healthy for the Democratic Party, even if this challenge came at the expense of Ms. Clinton.

“My view over the years has been that I do not fear them–sometimes they can be very helpful in terms of preparing the candidate to be very strong for the general election,” Mr. de Blasio said of primaries. “Much more important right now is Democrats getting back to Democratic values.” 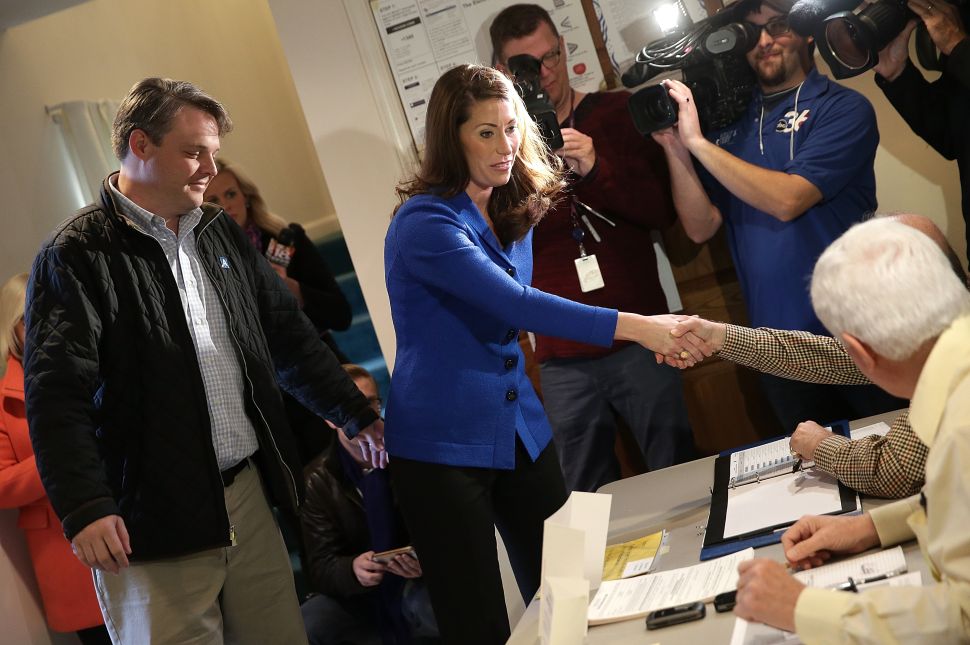