He doesn’t have a crystal ball.

But Mayor Bill de Blasio said this afternoon he thought there was a “good shot” for Democrats to keep their majority in the U.S. Senate, even though most pundits believe the odds are now clearly in the GOP’s favor.

“Look, I’m a Democrat and I’m proud to be a Democrat and I don’t have a crystal ball but I think there’s a good shot for sure to hold the Senate,” Mr. de Blasio told the Observer after he voted in Park Slope, Brooklyn this afternoon,

“But we just, we know it’s going to come down to a variety of outcomes in states that are all quite different that have had, you know, very, very local issues that predominate,” Mr. de Blasio added.

He noted that several states, including Louisiana and Georgia, are likely to have runoffs and could have recounts.

In a midterm year where lower turnout benefits the Republican Party and President Obama is deeply unpopular in many swing states, Republicans are looking to capture Senate seats in purple and red states like Louisiana, Georgia, Colorado, Arkansas, North Carolina and Alaska. Democrats are expected to lose Senate seats no matter what and are very likely to remain in the minority in the House.

Mr. de Blasio, a former Democratic operative close to the Clinton family, has traveled to Washington several times since being elected and willingly comments on national affairs. In May, he also predicted the Democrats would hold the Senate and warned against a full Republican takeover.

“I’m concerned about the situation in Washington writ large,” Mr. de Blasio said then. “I remain hopeful that the Democrats will hold the majority in the Senate and that is certainly better for New York City, but we have to take back the House if we’re really going to make some of the changes that we need.” 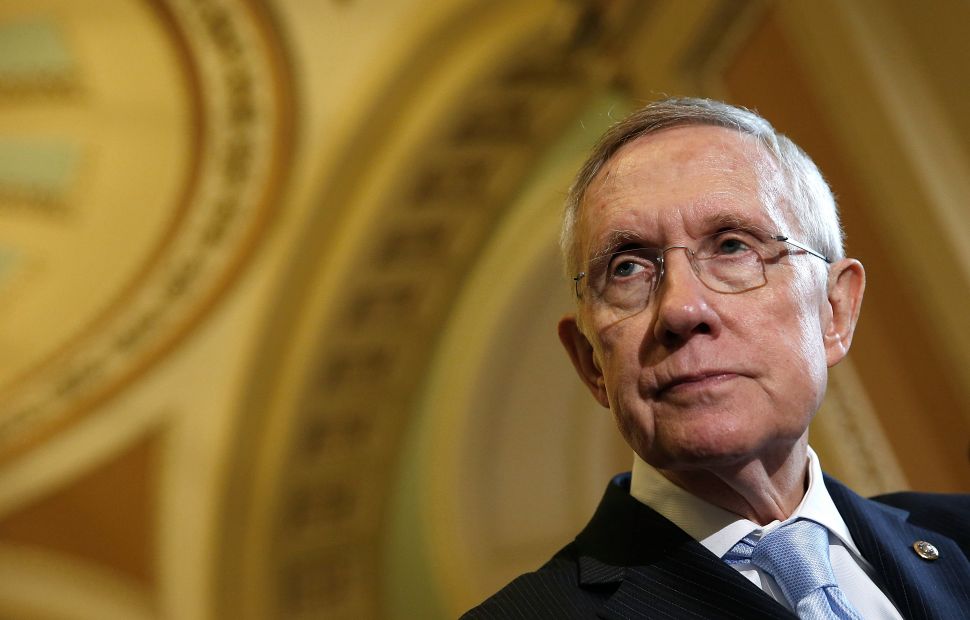